The Princess And The Matchmaker (궁합｜野蛮公主玩婚记) Movie Review | by tiffanyyong.com

The Princess And The Matchmaker (궁합｜野蛮公主玩婚记) Movie Synopsis

In the wake of prolonged famine, the palace arranges Princess Songhwa (SHIM Eun-kyung)’s marriage in order to correct the misfortune. A renowned diviner, Seo Doyoon (LEE Seung-gi), is brought in to find the perfect husband that will have the best marital harmony with the princess.

From candidates all over the country, 4 prospective husbands with different fate signs are shortlisted. However, the princess who refuses to accept that her life partner will be chosen solely based on fortune reading and decides to sneak out of the palace to meet the candidates before the final decision is made. Doyoon finds out about this later, and follows after her.

The Princess And The Matchmaker (궁합｜野蛮公主玩婚记) Viewer Rating: 3/5 ***

The Princess And The Matchmaker (궁합｜野蛮公主玩婚记) Movie Review:

I wasn’t sure what to think of this film when I’m halfway through it. It was packaged as romantic comedy, there were quite a few hidden yet incoherent messages which were left un-addressed at the end. This was a tad disappointing for me as I’ve tried dabbling in horoscopes, zodiac, tarot cards, star charts and stuff. So the film caught my interest from the start when the Korean divination.

Of course, for those who aren’t keen in astrology, it might seem okay. But I still think it was a pity an interesting theme like this was turned into something mystical. 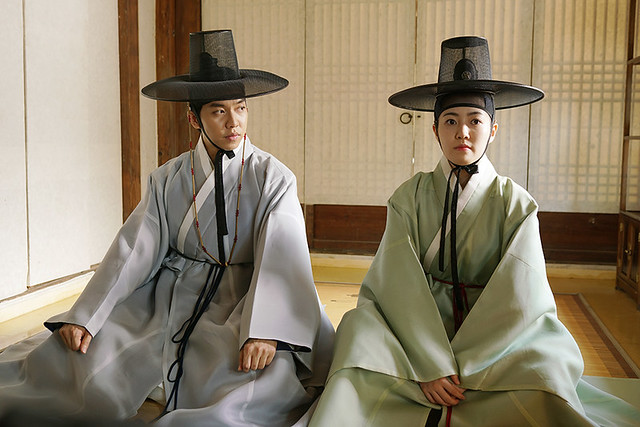 I like Lee Seung-gi’s Seo Doyoon, but somehow, the princess Songhwa (Shim Eun-kyung) didn’t feel right. The moments between them were supposed to be sweet and romantic, and we all known Korean films are darn good with that, but the chemistry just felt feeble.

I will amount that to the way the story was written – the political conspiracy that led to the princess’ “unlucky” title as well as the marriage to unsuitable people to suppress her “aura” or “luck”. People who are familiar with the Chinese history will definitely be able to relate to the whole superstition on “冲喜” where one uses something joyous (marriage) to counteract against bad luck, such as injuries, or in this case, a drought. These are indeed valid plot points and themes, but they were briefly touched upon so that the film remain a “comedy”. It resulted in some confusion as I wondered if it wants to be serious or funny.

Jo Bok-Rae’s (조복래) role as greedy yet kind-hearted (?) Gae-Shi seem to be an effort to raise the comedic level. He tried, but perhaps, just not my type of funny. Definitely a role that wasn’t fully utilised in the film! 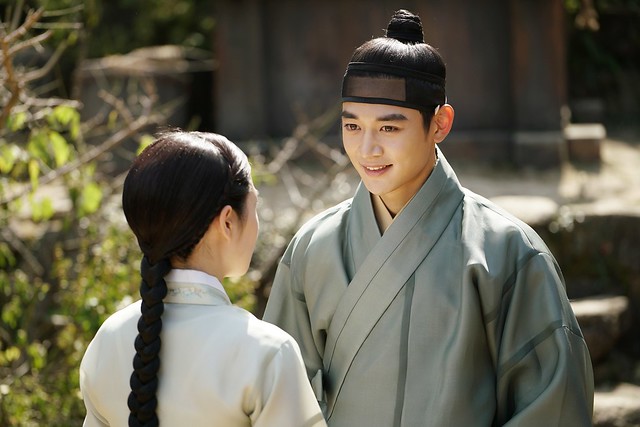 I was a little taken (or should I say mesmerised) by Min-Ho’s (민호) eyes. The SHINee member acted as blind and endearing Seo Ha-joon, another cast which had a lot of potential but not given the full chance to do anything. 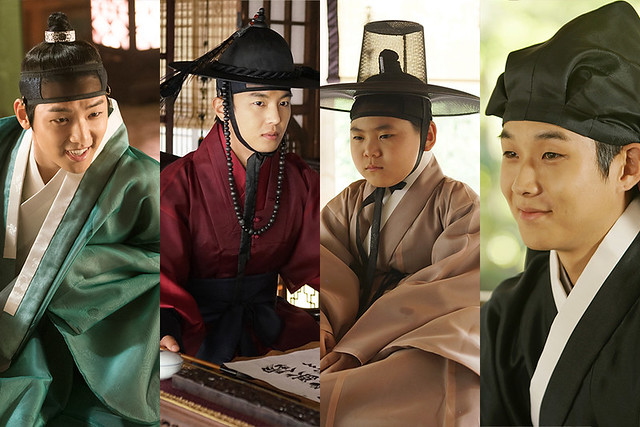 The highlight of the film is (perhaps) the 4 potential husband of the Princess. They each represent a different “evil” or even “problem” in the world outside the palace. It was fun to watch the naive princess learn about her potential husbands, be it the sweet looking Nam Chiho (Choi Wook Shik) with a dark personality, power hungry Yoon Sigyeon (Yeon Woo Jin), the promiscuous Kang Hwi (Kang Min Hyuk) or the glutton boy, they all helped to bring out a different side of the Princess.

Watch The Princess and the Matchmaker as a slapstick, and the movie will provide you with a light and peaceful end to your day. 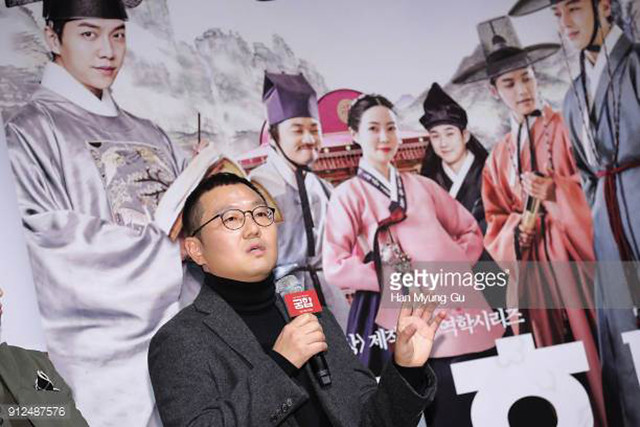 This is director Hong Chang-pyo’s official debut as a film director. It is the second of Jupiter Film’s three-part film production that includes “THE FACE READER” in 2013, “THE PRINCESS AND THE MATCHMAKER” and the upcoming “MYUNGDANG”.

The film was Lee Seung-gi’s first work after being discharged from his mandatory military service last year.

Main lead Shim Eun-kyung who acted as the princess also starred in Fabricated City (2017) and Miss Granny (2014), the original Korean version that was such a great hit that it was remade into different languages in Vietnam, Thailand (Suddenly Twenty), Indonesia (Sweet 20), Japan (Ayashii Kanojo aka Suspicious Girl) and China (20 Once Again).

Choi Woo-shik, who plays the role of Nam Chiho, was in Train to Busan and Golden Slumber.