What are the odds? Le boyfie who has been away in Taiwan for Killer Not Stupid (杀手不笨) movie shoot with Jack Neo came back for 3 days and it just happened that the preview for Jay Chou’s Jukebox Musical: The Secret Musical (不能说的秘密) took place on one of the 3 days he was back!

Thanks to Base Entertainment Asia, this is my first time watching a Mandarin musical. Forbidden City: Portrait of an Empress was the next closest thing, but it was an English musical based on China’s history. The 2007 movie “Secret” (不能说的秘密) was a classic, and my siblings (especially my brother) were crazy over the characters.

THE SECRET MUSICAL 《不能说的秘密》音乐剧 is an adaptation of Jay Chou 周杰伦’s award-winning directorial debut, Secret. It is a time-travel story about a student and piano major, Xianglun, and the beautiful and mysterious Xiaoyu, his fellow student. A beautiful romantic love story unfolds as the secret that connects them is revealed. 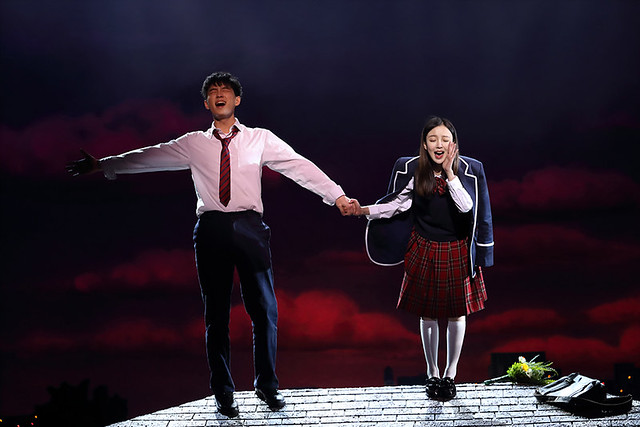 When news of the The Secret Musical came out, the first question most self-proclaimed Jay Chou fans ask is, “Is Jay Chou performing?” Well, sorry to sound sarcastic, but if you are a fan, you probably wouldn’t even ask this question! Check out Priscilla’s review here! 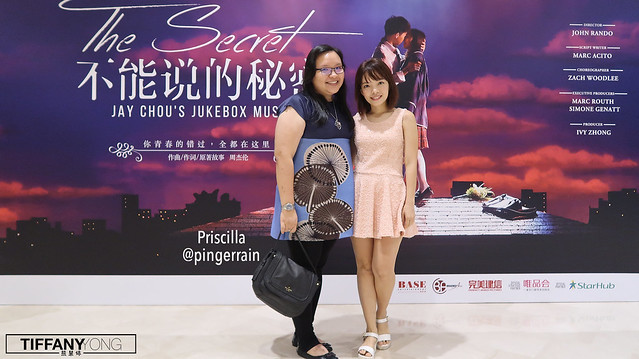 The Secret musical is based on Jay Chou’s movie, and it will be here in Singapore at The Mastercard Theatres at Marina Bay Sands from 6 to 15 April 2018. Yes, that’s just 10 days. So limited tickets available. So without the prowess of Jay Chou 周杰伦, or even Kwai Lun Mei 桂纶镁, will “The Secret” still be as charming as the original film? Well, I’m here to answer that question! 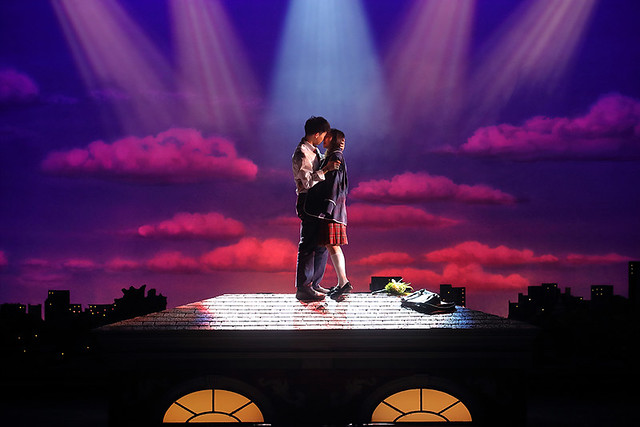 WHAT’S THE SAME: The main plot and storyline stays the same, so yes, we all get to see the story arc of the two main characters Ye Xiang Lun and Lu Xiao Yu from knowing to each other to falling in love in Tamkang High School. There’s also Qing Yi, the girl who had a crush on Xiang Lun for the longest time. The song “蒲公英的约定” (Dandelion’s Promise) from the film is also sang in this musical. 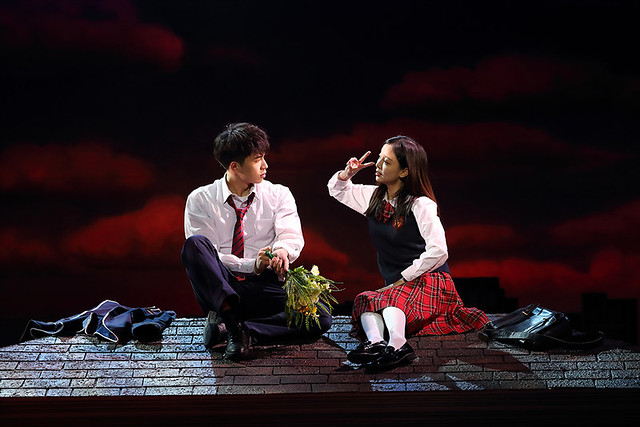 WHAT’S DIFFERENT: Why should we watch it if there’s no difference? With “Secret” being such as classic film, most people (including me) would think that it is almost impossible to surpass the standard. I’m glad the team did not try to “re-create” nor “replicate” the movie. While staying true to the film’s originality, creative team from Broadway included more songs (all from Jay Chou!), comedic dialogues, dance arrangements, and most importantly, unexpected new plots. If I have to describe the musical using movies, it is like “Secret” meets “High School Musical”. 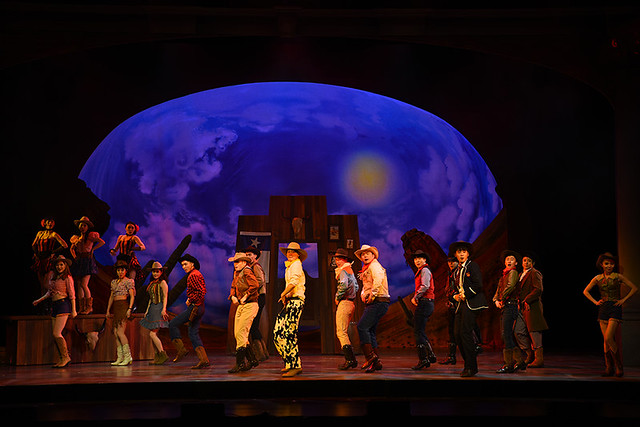 WHAT’S BETTER: As actors ourselves, we are familiar with how film works. You get the assistance of special effects, edits, sound and cinematography to help one enhance the film. But a musical is a life show where NGs aren’t allowed. Both Peps and I were wowed by the way “time-travelling” was created on stage by the set design as well as the cast’ movements. I will keep it vague here so as to not spoil the surprise for those who are watching it. 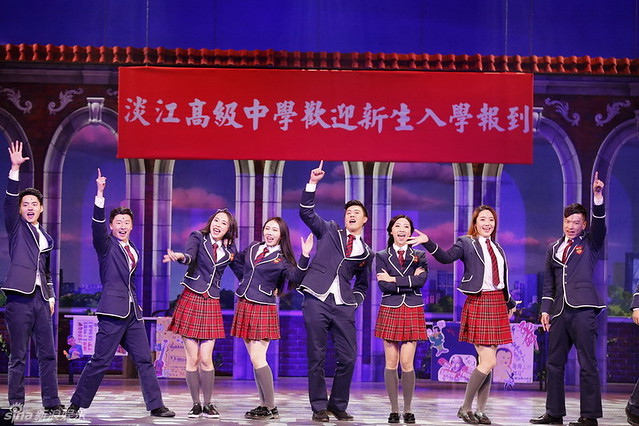 SPECIAL MENTIONS 1: Those who are familiar with High School Musical would know how Ashley Tisdale’s Sharpay Evans had her own little fan base. Same for Wang Yushu, the actor who did the role of Qing Yi, I overheard some audience exclaiming how her performance and voice has a huge contrast as compared to Wang Xiaomin’s Lu Xiaoyu, and that they loved her role!

The ensemble and supporting cast of all musicals play equally important roles in the musical, and to use a Singaporean’s colloquial, they are “damn powerful”. Not only did they provide a very different rendition to some of Jay Chou’s most popular songs, they had to act and sing while doing so.

P.S. Be sure to look out for Wang Yushu, Zhou Shiqi and Cao Linkun acting as “Qing Yi”, “Ah Lang” and “Ah Bao”. 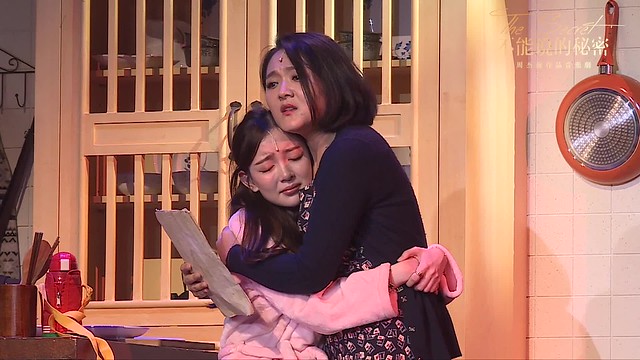 SPECIAL MENTIONS 2: The musical definitely has way more comedic and humorous moments as compared to the sweet and romantic film. Halfway through the first act, I wondered if the musical will just become the “funnier” and “livelier” version of the film. However, I was brought to tears twice, once in each act, both by Principal Chen, who is also Xiaoyu’s mother. It wasn’t really by her act (as I was seated a distance away from the stage), but by her vocals. I could feel her grief and her happiness with just her voice. You will have to watch it to understand it!

Ticket Price: From $48 (Excludes the booking fee of SGD$3 per ticket)

The Secret is the first film production in Asia that has been deemed adaptable by the Broadway production team. 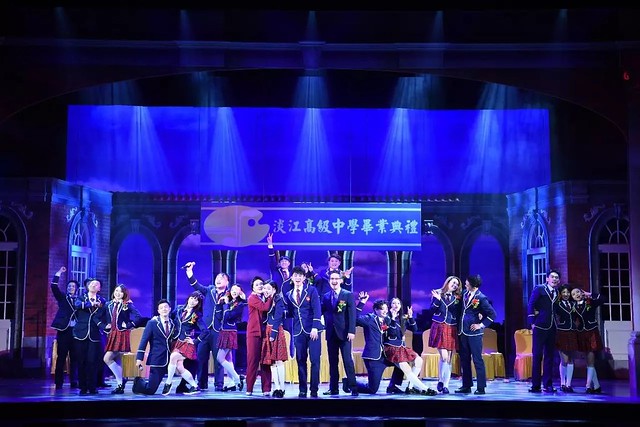