An internet broadcaster recruits a handful of people for their ‘experience the horror’ show at Gonjiam Psychiatric Hospital, a place selected as one of the ‘7 freakiest places on the planet’. They are to explore the haunted asylum and stream it live on their online show. To attract more viewers, the show hosts play tricks on the guests, but things start to get out of control after they sneak into the place.

Editor’s note: I had to give this film a miss right after I said yes to Shaw Organisation as I was told that I’ve gotten into the finals for China’s 华谊 Icon Search 新星盛典 (Vote for me by liking the page and the image!), an acting and singing competition. Hence, I’ve invited my friend Erica to watch this and guest-write for this review. She told me she spent most of the time behind her hand, but I’m still glad (and grateful) that she wrote such a thorough review! Reading it makes me wanna get my own tickets to go watch it now~ 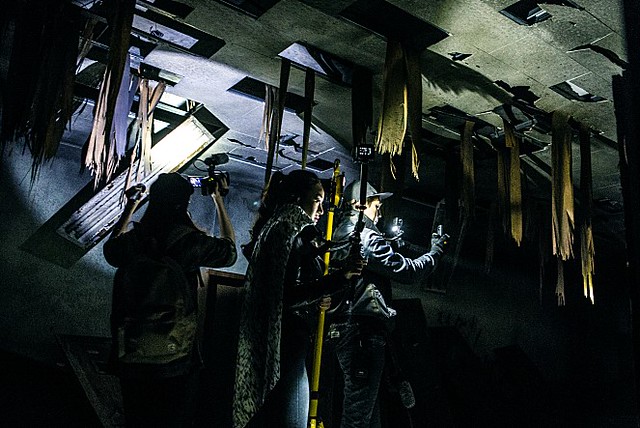 The whole film was shown from the perspective of the live-streaming web (Think: Blair Witch or Hide and Never Seek) hosted by 3 young lad (Ha Joon, whom we later known as the group’s captain, together with Sung-Hoon and Seung-Wook) who goes by the name ‘Horror Times’. ‘Horror Times’ decided to embark on their next horror adventure at Gonjiam, which was selected by CNN as the 7th creepiest places in the world, documenting through their live-stream. Their ultimate goal: to earn money by hitting 1 Million viewership.

The 3 lads later recruits another 4 more members, Charlotte – typical ‘dare-devil’ America-born-Korean; Ah-Yeon – Mild-Character nurse, Ji-Hyun – easy-going female camera crew and Je-Yoon – a timid young lad that is often seen tease by the rest of the crew. On the strike of midnight, the 6 of them – excluding ‘Captain’ Ha Joon who stayed behind in the tent that they’ve built earlier to control the shots that the live-stream viewers are watching. They were split into different teams to explore the different levels of the haunted premise only to reunite later to perform a ‘ritual’ to call out the vengeful spirits – staged by the trio (Joon, Hoon & Wook) that’s when everything starts to go wrong. What seems to be ‘orchestrated’ by the trio later turns out to be a foul play and the member starts disappearing one by one… 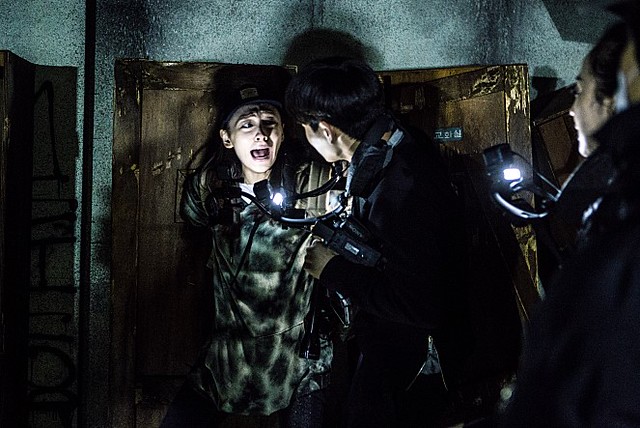 While it is not something out of the odd, I was taken aback initially when the movie started straight with the point-of-view shots (Oh, another film that’s gonna cause ‘motion sickness’) especially during the first 20 minutes or so when they’re introducing the characters. But surprisingly, the shots were more ‘stable’ at the later part of the film, where the characters were actually at the haunted premise. Also, props to the film for including static frames and moments of pitch black darkness to depict the ‘bad connection’ of live-streaming (For a moment I even thought that there’s some technical fault with the film and got slightly annoyed, but I later find that its shots like this that made me more engaged into the story as thou I’m really watching a live stream and the horror are unfolding right in-front of my eyes)

Unlike most horror films where we are scared usually by sudden jump-scares, there were many moments in the film where I was truly horrified when the characters were shown to be ‘possessed’ especially when the filming equipment (go-pro attached onto their body) was placed to give you a close-up full frontal view of the characters’ face and you watch as their eyes turn completely black as they speaks in eerie gibberish manner. They then went on to actually show 2 key ghost characters towards the end of film, proving that there was really something else messing around with the characters.

I’m giving credits to the casting as well, the characters may not be familiar faces in K-Movies and K-Drama scenes, but they’re pleasing to watch. If not, a couple of them can pull off as a doppelgänger. Like, the main protagonist played by Wi Ha Joon, gives off a similar vibe to Kim Woo-Bin, while another member of ‘Horror Times’ played by Lee Seung-Wook reminded me very much of BTOB’s Yoo Sung-Jae. 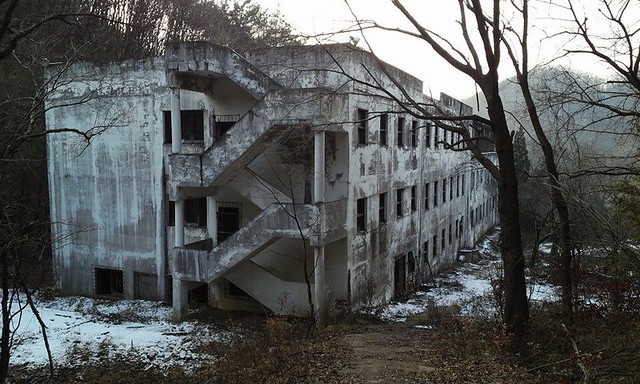 Gonjiam Mental Hospital in Gwangju, Gyeonggi Province closed down in 1996. Myths, legends, rumors exist about the hospital. In 2013, CNN selected Gonjiam Psychiatric Hospital as one of the 7 feakiest places in the world.

The production crew spent 2 months looking for abandoned buildings in the whole of Korea, and finally found a high school in Busan, which has design most similar to the Gonjiam Mental Hospital. There’s only 3 levels in the hospital, but the film added another storey, giving each floor a different feel to it.

The cast in the film are all fresh faces. As the film mainly uses self-shot footages, 3 cameras are used on each actor. One for the expression, one for what they are seeing, and another handheld camera. So with 6 actors, there are 18 cameras used in total. None of the crew can be in the set as no matter where they hide, they will be seen.