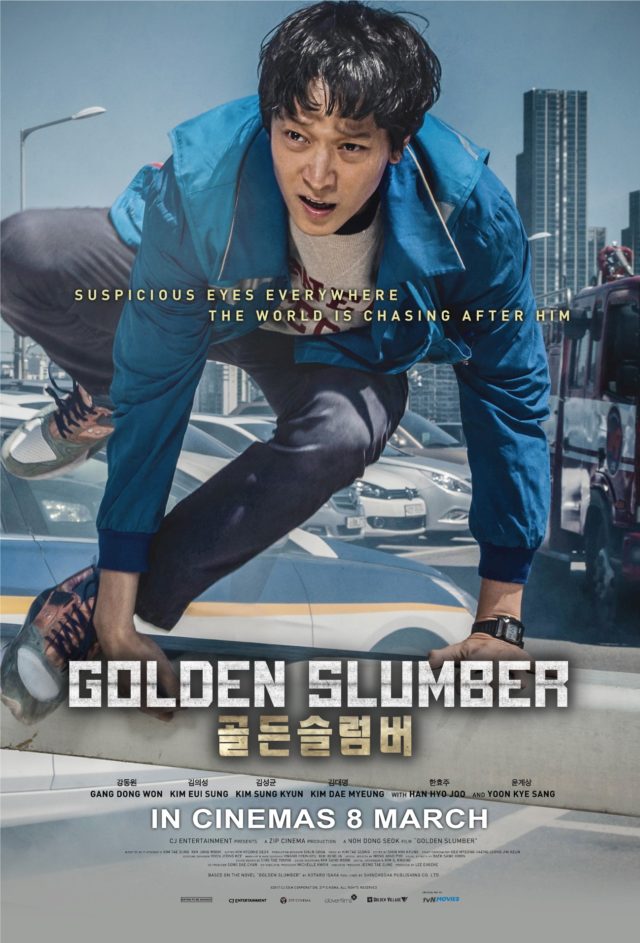 A kindhearted and hardworking delivery man (GANG) is meeting up with an old friend when a car explodes nearby. In the blink of an eye, he becomes the prime suspect for the assassination of an presidential candidate, and as he is forced to run, he finds himself trapped in a wide-reaching political conspiracy.

Tiffany Yong: If you’re a fan of Korean films, you will definitely be familiar with the cast from this movie. With Yoon Kye-Sang from The Outlaws as Moo-Yeol, an old time high school friend of Gang Dong-won’s Gun Woo (Yes, he  appeared in the recent 1987: When The Day Comes and 2016’s Master) dying in an explosion, the male lead went on a run with the help from Kim Eui-Sung (Yes, the mean manager Yong-Suk turn zombie from Train to Busan). It was amazing and super exciting for me to be watching a film with so many great Korean actors!

Peps Goh: Initially upon watching the first 20 minutes of Golden Slumber, it really did feel very reminiscent of “Fabricated City“. (A random guy being framed for something he didn’t do)

But as the story grew into it’s second act, it became quickly an outstanding piece in and of itself. They had successfully made a plot this dramatic, feel strongly grounded in reality in both it’s plot and the execution. 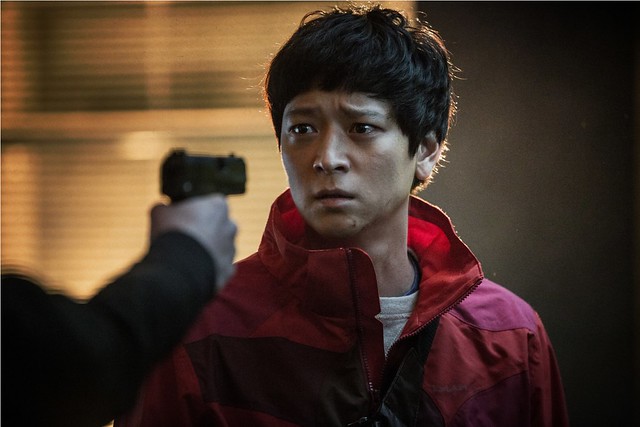 Also, my favourite part of this film, it’s characters. Every single one of the supporting casts are really memorable without any extreme quirks added onto them to make them stand out. Largely, I believe, to be attributed to the fact that every character’s choices and behaviours are so natural and rooted to them as a believable character.

I was amused how Dong-won carried the perpetually-sad face in 90% of the film (9.5% of the screen time belongs to the other actors), but I got to give him the benefit of doubt given the plight of the character. 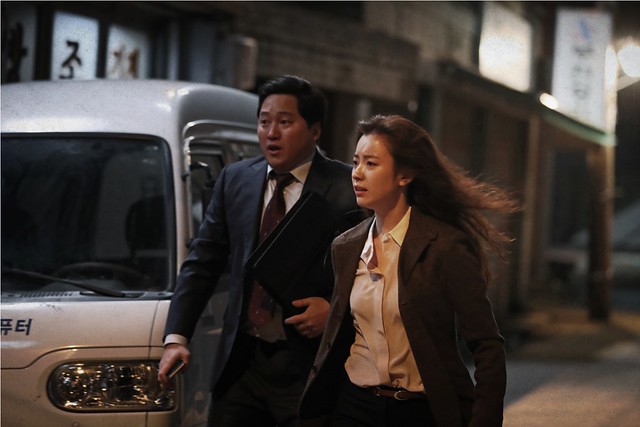 Tiffany Yong: We got really excited when we saw Han Hyo-joo as I’ve just re-watched The Beauty Inside and Peps really like her performance in Cold Eyes), but it was a pity we didn’t get to see much of her character establishment in the film at all.

Peps Goh: And in the climatic moments, I was really afraid that they would’ve chosen the easy way out in terms of the writing and ex-machina-ed the characters out of a difficult situation. But thankfully, every plot turn and solutions to the challenges, were logical and grounded in the realm of the believable. That is tough writing, and that, is fun to watch.

This is the first time Gang Dong-Won acted two roles on screen. He had to put on a different set of make up for the other role, and that had to be repeated several times. 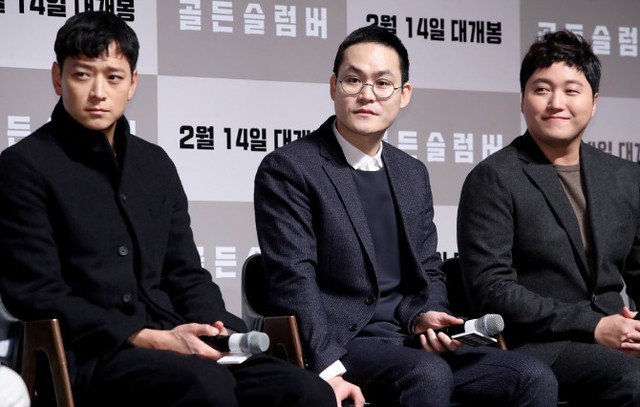 Gang Dong-won, Kim Sung-Kyun and Kim Dae-Myung who acted as high school best friends in the film are all born in the same year (1981) in real life. 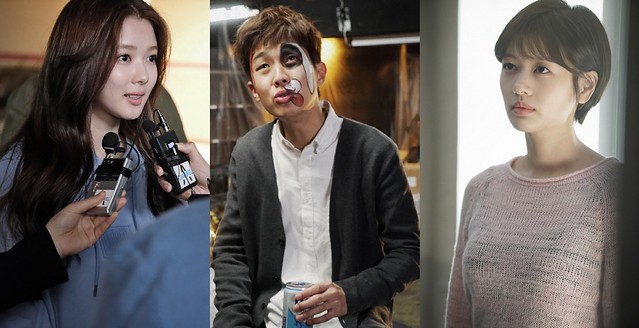 Kim You-Jung, Choi Woo-Sik (Train to Busan), Jung So-Min make cameo appearance in movie “Golden Slumber.” Kim You-Jung plays Soo-A. She is an idol singer and she is saved by Gun-Woo (Gang Dong-Won) from a dangerous situation. Choi Woo-Sik plays Joo-Hoo. He is the younger brother of Gun-Woo, but they are not blood related. Jung So-Min plays Yoo-Mi, a friend of Gun-Woo, but she gets into a physical fight with Gun-Woo. 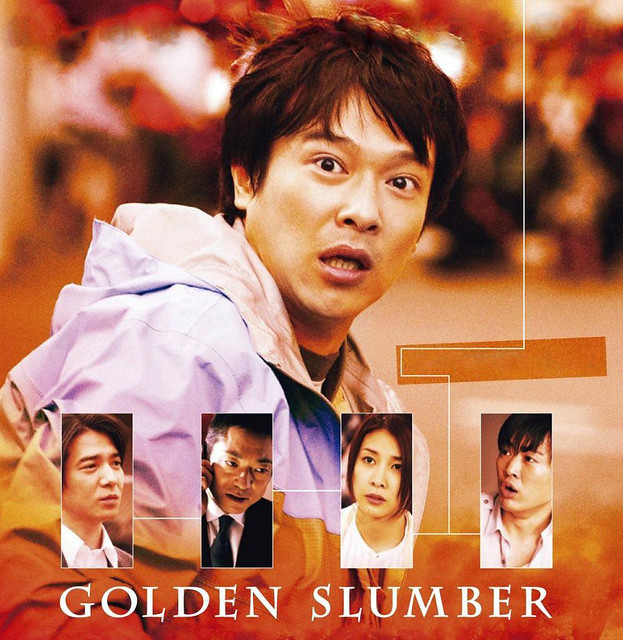 It is based on the 2007 Japanese novel of the same name written by Kōtarō Isaka. It was also made into a film in Japan under the same title, in 2010.