An accusation of the boys’ dorm being too messy has caused them to potentially get punished. However, WANG thought that the excuse was unjustifiable and believed that the girls’ dorm could possibly be even messier and should not get away with the punishment. Wang decided to gather all the boys in the dorm to create havoc in the girls’ dorm so as to get them punished as well. While the two genders were battling, they found out that the principal has plans of demolishing the dorms…

I was kinda groaning when I caught the trailer. Is this going to be another coming-of-age film from Taiwan? It is not exactly very original anymore after so many different variations have came out ya? I was pretty much planning to give it a miss, but luckily, my bro’s girlfriend wanted to catch it, so yeah, a new movie kaki!

So if you are wondering how is this different from the past successes like You Are The Apple of My Eye (那些年我们一起追的女孩), At Café 6 (六弄咖啡館)  or even Our Times (我的少女时代), here’s a quick review on the good and the bad. 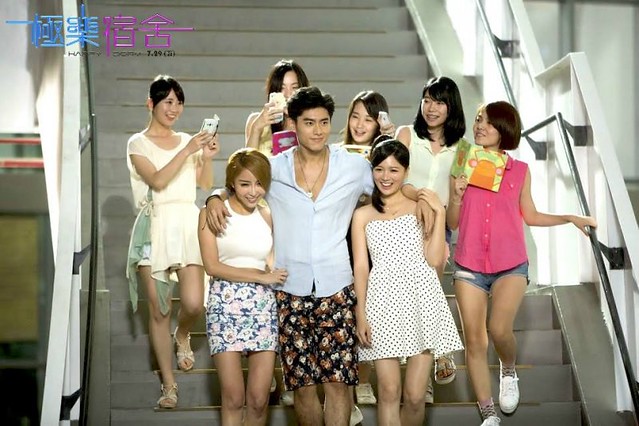 Toby Lee from Soul Mate (七月与安生) is also in Happy Dorm as a famous celebrity-casanova-student in the school, so yea, eye-candy! This is waaaay funnier and bolder than any of the Taiwan-film predecessors. Filmed largely from a guy’s perspective, this film focuses on the life of single geeks in school dormitories instead of long distance heart-wrenching relationships.

I like how it went pretty realistic (R-rated rather than PG), be it the conversations within guys when they were alone, or their curiosity in girls’ dorms. If you’ve lived in hostels before (I haven’t), you will most probably be able to relate to many of the incidents in the film. There’s definitely no lack of laughter in the cinema. 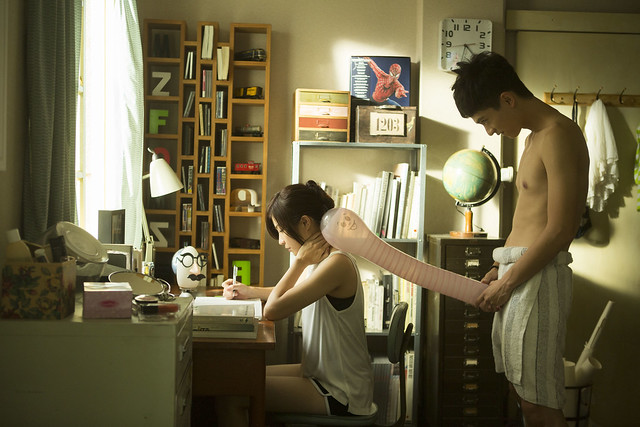 The editing of the film was also pretty refreshing. There were several moments when you could see the director adopting a Japanese anime editing method. When the guys attempt to get the attention of the girls and failed, the inserts of them being emo at one corner was one of the epic examples. Some of the girls were also given very anime-like characteristics and looks, so it wasn’t very difficult to imagine this whole story appearing in the form of manga or anime.

And, oh ya, besides Eddie Peng-lookalike Toby Lee, you’ll get to see Claire Lee 李颖 who looks almost identical to Gillian Chung from Twins.

Slight spoilers over here. There were several incidents in the film adapted from real life cases that took place in Taiwan- such as the school raid due to students downloading MP3 illegally and the reclaiming of land for development etc.

While I liked how the director used these incidents as materials for the film, the multiple dramatic incidents muddied the plot as well as the time frame of the story. It was assumed that the story took place in the present times with smart phones and Facebook, but elements like pornographic VCDs or DVDs (Don’t we download films these days?), students having desktops instead of laptops in dormitories or even the illegal download of music (when there’s Youtube and Spotify now) seem to imply that the story took place more than a decade ago.

There are also far-fetch plot holes such as the conspiracy between the feminist principal (Lang Tsu Yun) and the evil property developer, as well as her relationship with the dorm caretake (Bright Pu). I guess the anime-like editing is kinda hinting us not to take the story too seriously. 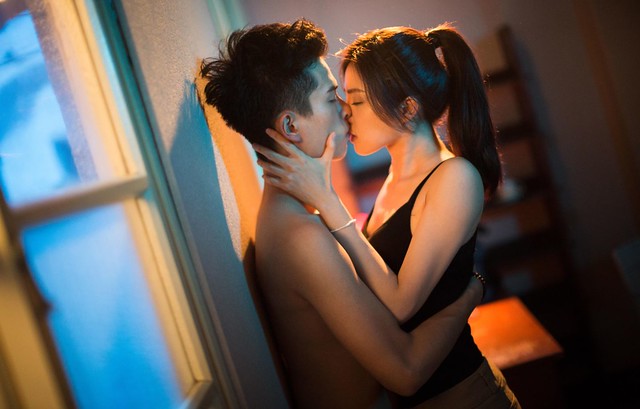 I guess the best part about this film (besides the comedy), was the chemistry between the lead couple Wang Ji Le (Shi Chih Tian) and Meng Caiyi (Fion Hong). The little sweet moments and intimacy were natural and not awkward. The whole momentum was almost perfect until the director decides to weave snippets of the past with the present (7 years later) several times, making the whole relationship confusing.

Go catch it for a light-hearted and slightly nostalgia 2 hours, and remember to stay till after credits… as there’s a post-credit scene, providing you an insight to the possibly next instalment of the film called the 极乐公寓 (Happy Apartment?) 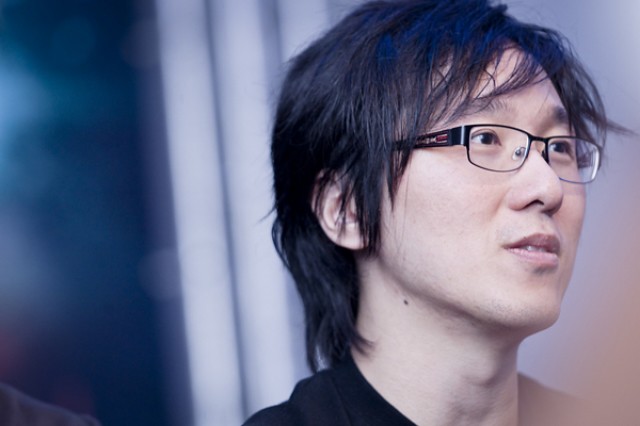 Scriptwriter-Director Hero Lin (林世勇) used his dormitory experiences when he was a student – fighting for hot water baths, exchange pornography with classmates and curiosity in the female dormitories as content for the film. 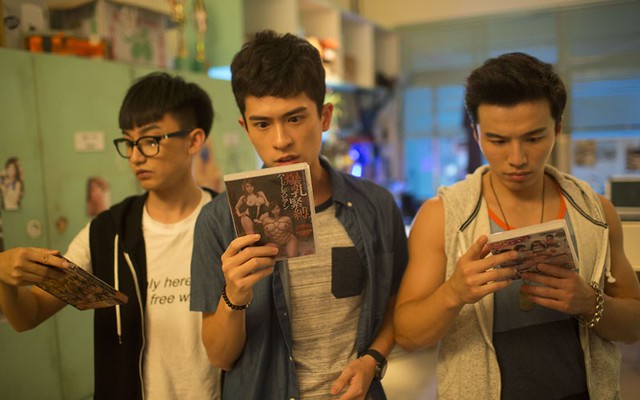 The dorm raid was inspired by a real incident in 2001. There was a police search of the dorm rooms of the students at National Chengkung University (成功大學) in 2001 due to copyright infringement (online download of MP3 music files). The incident had sparked panic and outrage among university students. 14 NCKU students were charged with violating the law.