The Mountain Between Us Movie Review | by tiffanyyong.com

The Mountain Between Us Movie Synopsis

Stranded after a tragic plane crash, two strangers must forge a connection to survive the extreme elements of a remote snow covered mountain. When they realize help is not coming, they embark on a terrifying journey across hundreds of miles of wilderness, pushing one another to endure and igniting an unexpected attraction.

The Mountain Between Us Movie Review:

The first sentence Peps told me after watching this film was: “Idris Elba has finally done a great film.” Haha, don’t get him wrong, he was just glad that the great actor is finally doing some good film.

It is not easy for a film to hold the audience’s attention for the whole time with just 2 actors + a dog. But both Idris Elba and Kate Winslet totally got us engaged and captivated with their interpretation of the characters. They felt real, Kate Winslet isn’t that perfect female protagonist that made one goes “awww… poor thing”, but “$%^& Why on earth did she do that! It’s stupid!” 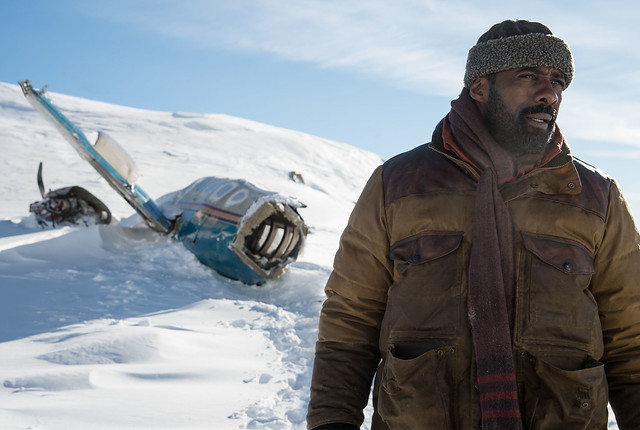 To be honest, this is the first time I have noticed Idris Elba as an actor since Bastille Day (2016). I mean, he was in the recent Thor: Ragnarok , but his performance was easily overlooked with so many other A listers. It was brilliant how the director Hany Abu-Assad managed to make the audience overlook the far-fetched scenario and focus on the life-or-death situation the characters were thrown in. 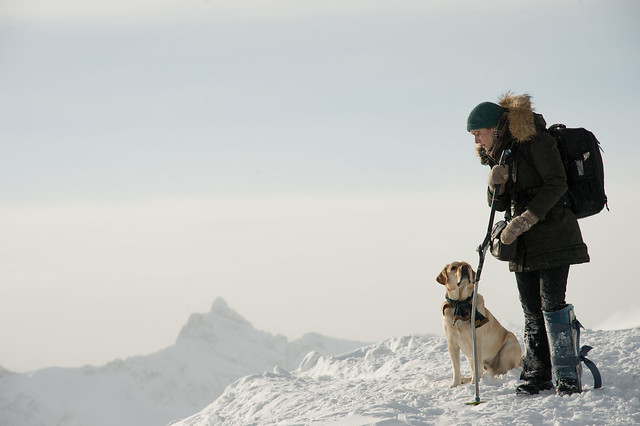 The fact that this was filmed in real climate and not green screen made it even more admirable. The gorgeous scenery made the whole situation terrifying. The love that sneaked in was made believable by number of times Doctor Ben (Idris Elba) saved Alex Martin’s (Kate Winslet) ass. Kate Winslet aced every single emotions from wanting to keep moving rather than staying on the same spot to the the internal turmoil she had in the wooden hut. It made me turn inwards and wonder how I would react in such a situation.

P.S. The director’s feature on the dog was ingenious and cunning. If anything, you should definitely watch the film for him! 😛

The movie was based on the novel of the same name by Charles Martin. 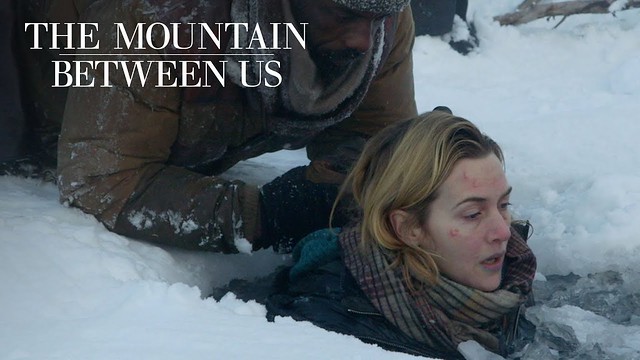 Kate Winslet insisted to do her own scene without a double for the part where she had to fall into an icy lake. It took about 7 takes, and she joked on how she’s the best person to do it (as she had done that and survived 20 years ago as Rose in Titanic) 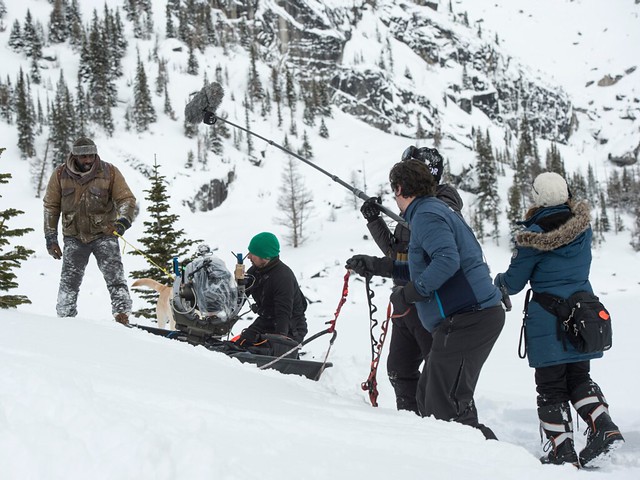 Most of the filming took place in Canada, on the border of Alberta and British Columbia. Abu-Assad has described the locations as having very cold temperatures, and tough and harsh filming conditions. Many scenes were shot on a mountaintop, and he and the crew had to drive 40 minutes before reaching the film’s base camp. If the weather was okay, they could board the helicopter to reach their destination along with their supplies. stranded in High Uintas Wilderness 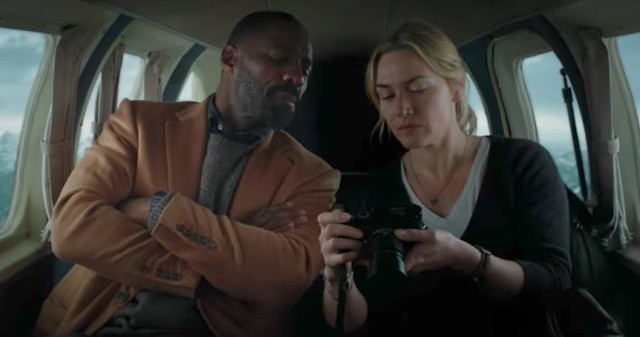 The camera that Kate Winslet uses is a Leica M4-P made from 1980 to 1986 and is a 35mm film camera. At the beginning of the movie the camera has image review, a feature not found on film cameras and it also has auto focus capabilities something not found on a Leica M4-P. By the end of the movie, when she’s developing the pictures in the darkroom, she looks at Medium Format negatives.

12 thoughts on “The Mountain Between Us Movie Review”