Editor’s Note: Hi all, this is Peps over here! This article follows a young family with a 5 year old boy called Jaren to LEGOLAND Malaysia, and is written by Yi Xuan, my brother! As single adults, we often overlooked the restrictions when travelling with a kid and how there is a chance that you might not be even able to cover every single attraction! So here, I hope my brother’s article will be able to provide an insight on what kids might like (if you are placing your kid’s enjoyment above yours, that is!) and the attractions you might end up having to skip.

P.S. Tiff and I wasn’t able to join them on the trip due to work commitments, but we hope you’ll enjoy the article, as my nephew Jaren really did! 😀

Hi guys, I’m Yi Xuan and this was the first time my family and I went to LEGOLAND! Prior to the trip, my wife did most of the research from transport to lodging. So now, we will be sharing how we got there and what we did there with you! 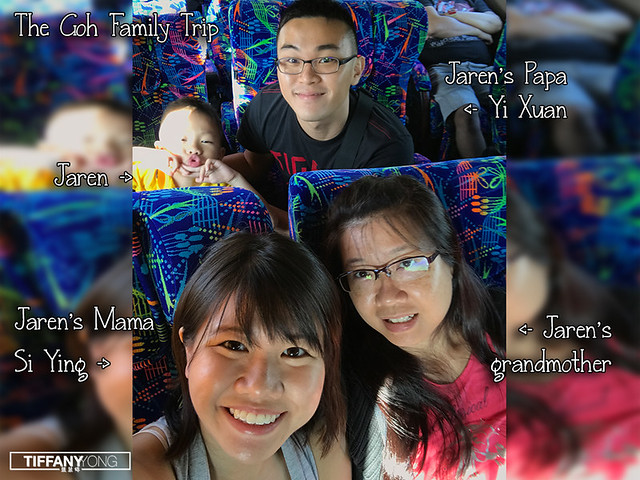 Getting to Legoland Malaysia: My wife booked a straight bus to LEGOLAND with Starmart Express via easybook.com. #NotSponsored We boarded the bus at around 0715 and reached LEGOLAND around 0900. The trip was hassle free, which was important to us as we were travelling with our little boy. It was a shorter trip than expected! 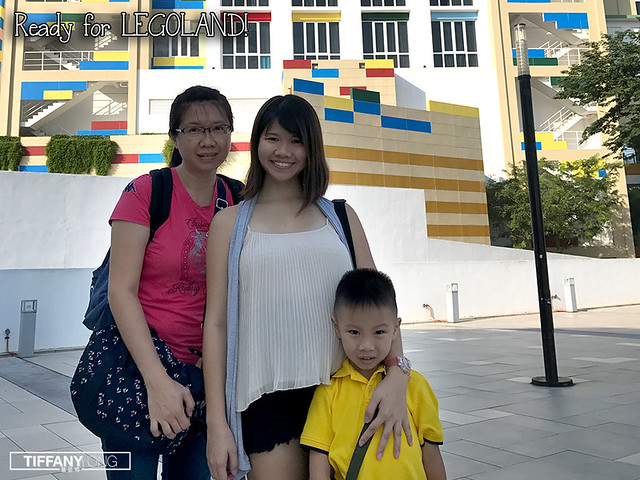 The bus stops at a location which is just a short walk to the entrance of LEGOLAND. On the way we passed by a Subway outlet (just in case you guys get hungry on the way there). There are also other restaurants for you to pick as well.

Note: The ticketing counters opens at 0930. You can check weather update from the counter. It is not 100% accurate but just in case…. 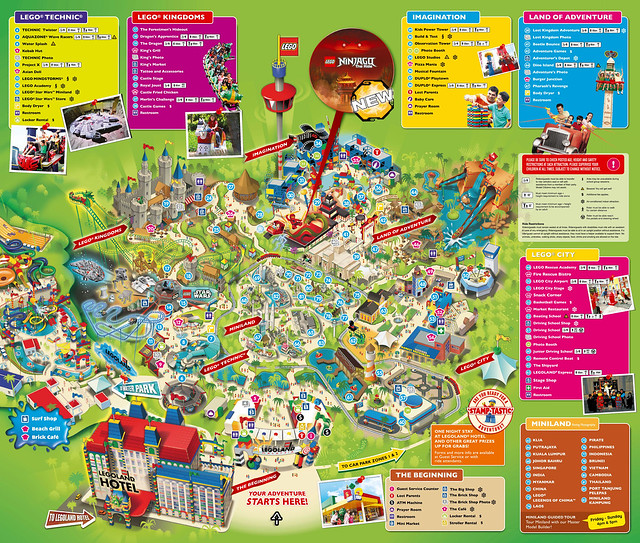 Based on the recommendation by the ticketing staff, if you are travelling with kids, heading anti-clockwise into Lego City first, will be most advisable as as Lego Technic and Lego Kingdom rides are more suitable for older kids.

Starting off with… Lego City 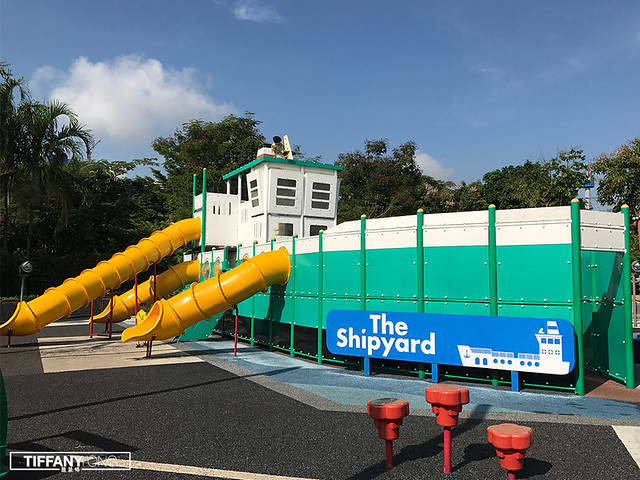 My son, Jaren, didn’t really liked the idea of getting behind his own wheels thus we skipped driving school so we headed further down and were greeted by a large shipyard looking playground called The Shipyard. 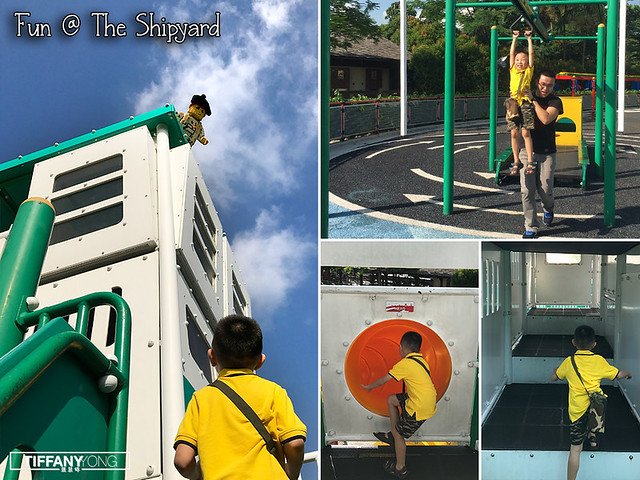 Jaren had the non-peak hour playground all to himself! 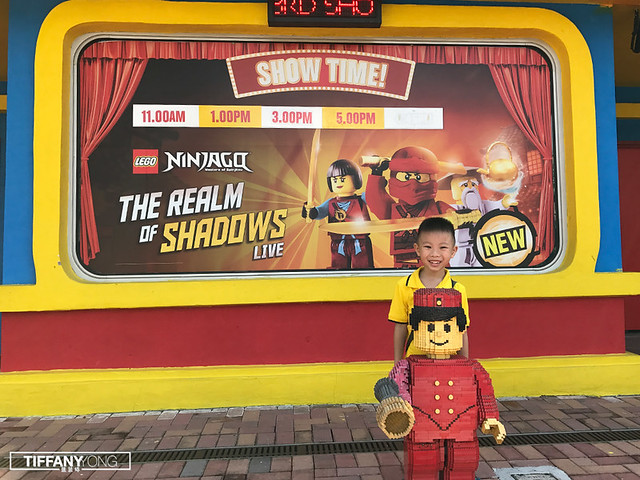 We then walked past Lego City Stage and saw that the Ninjago Live Show was at 1100! Ninjago is Jaren’s favourite Lego series , so we decided to explore a few more rides before heading back here for the show!

So we zoomed past the rest of Lego City and into the Land of Adventure!

Onward to Land of Adventure 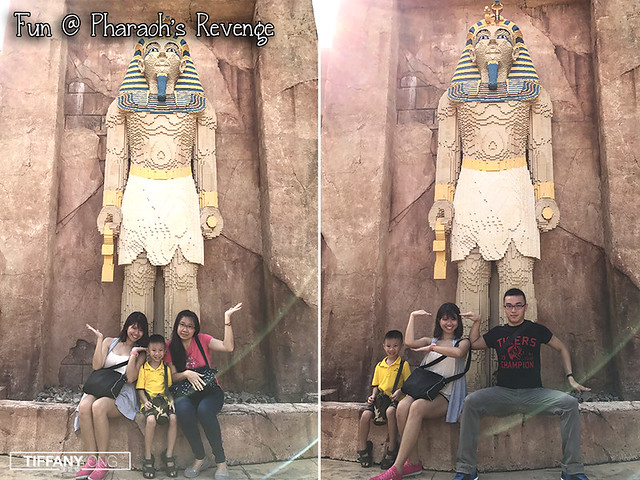 A little fun with the statue of the Pharaoh before tasting the Pharaoh’s Revenge!

via GIPHY
Jaren said this was his favourite ride! I guess it was really engaging for him to have a laser gun to shoot with during the ride. 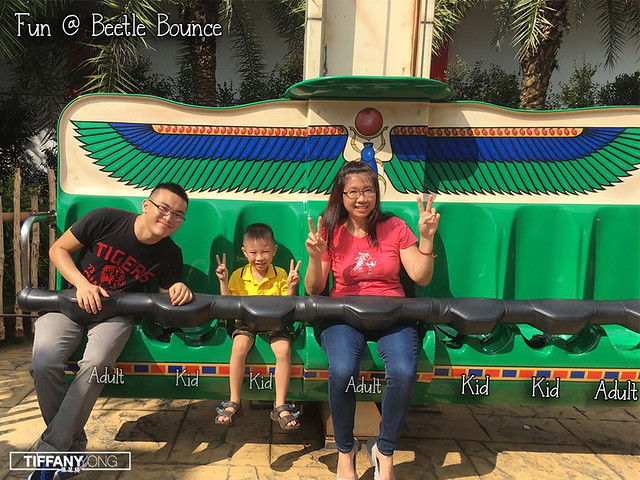 The Beetle Bounce was a really fun ride too! The size of the seats is carefully planned to suit different age group, the smaller seats fit younger children well. It wasn’t too scary yet but it did provide enough adrenaline. It made us went all giggly due to the itch at the bottom of the stomach induced by the gentle feeling of falling down =D 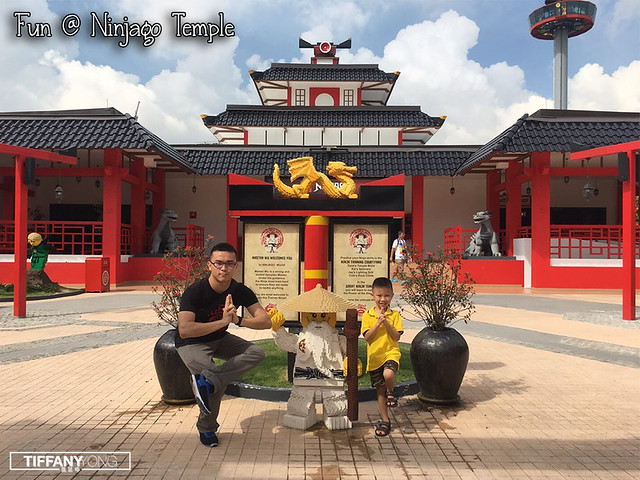 We then arrived at the Ninjago Temple! We thought it was just a place for photo-taking but then we realized the ride was just behind!

The walk to the ride was a little further than expected, there was even a motion capturing screen to entertain the guests! 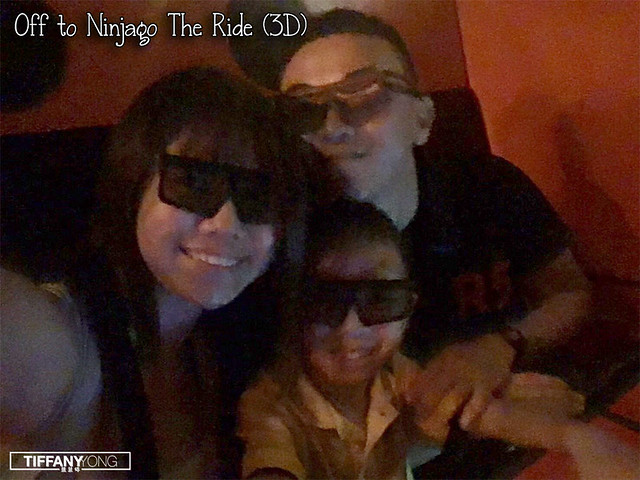 Oh yes! I almost forgot to mention, don’t forget to collect your 3D glasses along the way! It’s a 3D ride!
Unfortunately, as both hands were required throughout the ride, it was impossible to take any photos or video 😛 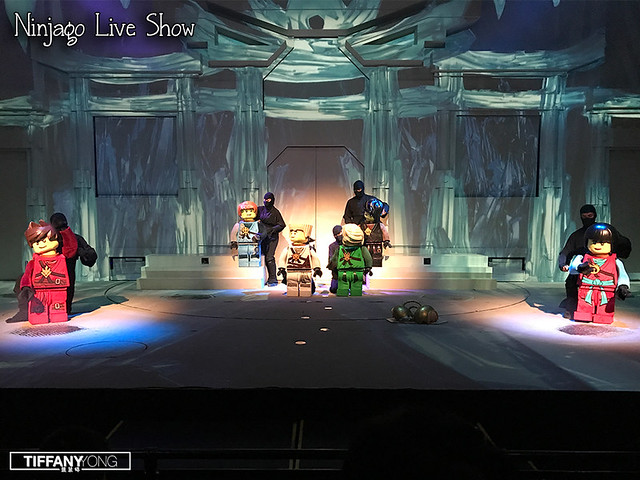 Then back to the Lego City Stage for the Ninjago Live Show! Here’s a little sneak peek: 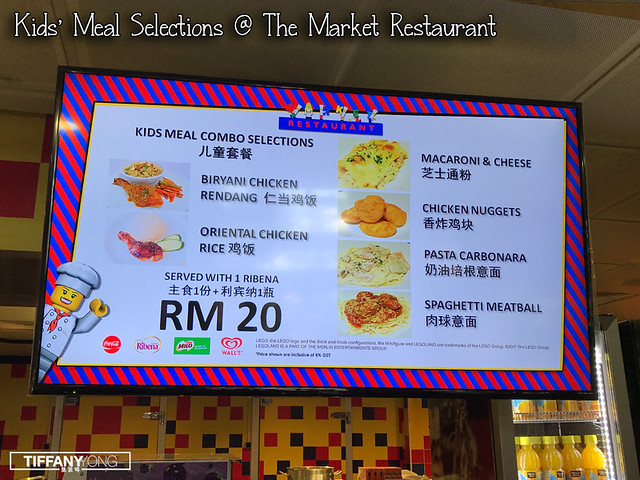 After the roughly 30 mins show, we got a little hungry and went over to Market Restaurant. These are the selections and their prices =) 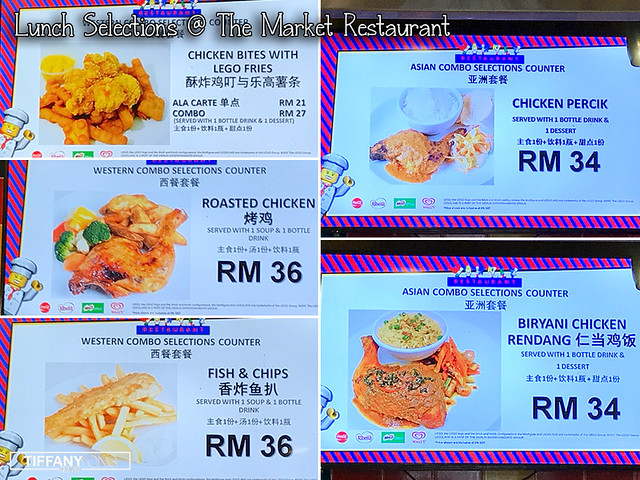 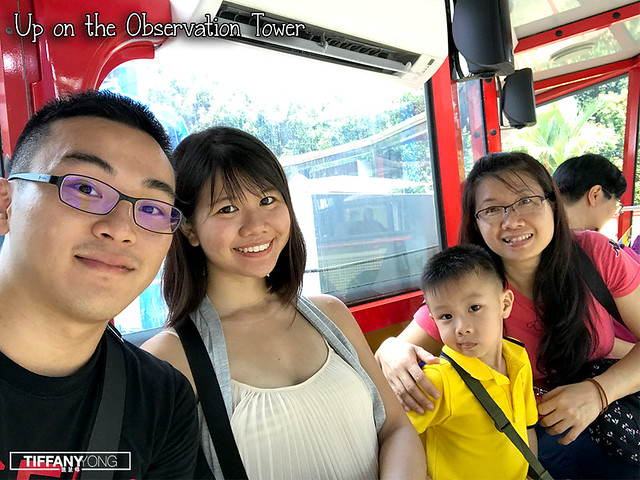 To give our stomachs some time to digest and warm up again for more rides, we went for the gentler Observation Tower.

At the top of the tower, you get a full 360 degrees view of the Park as the tower rises to the skies and the area around it. 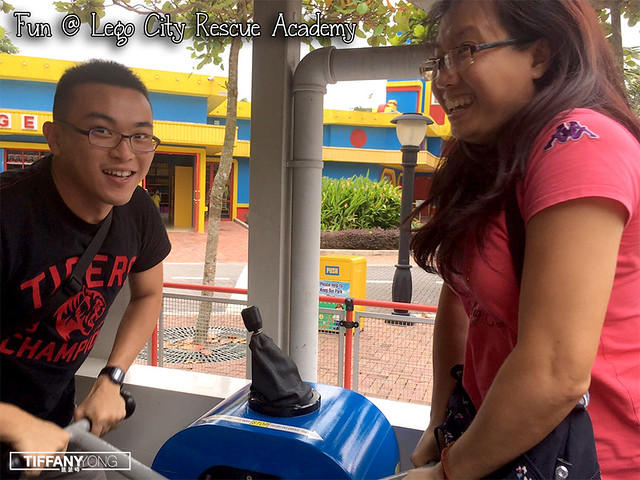 Since we rushed past Lego City earlier, we went all the way back to Lego City’s Rescue Academy where it’s like a mini competition between the participants to move the rescue vehicle forward and rescue the fire, then finally moving the vehicle back to the starting line. To win the competition, I suggest the whole family to be involve to help one another.

Warning: The whole process was really quite tiring haha! 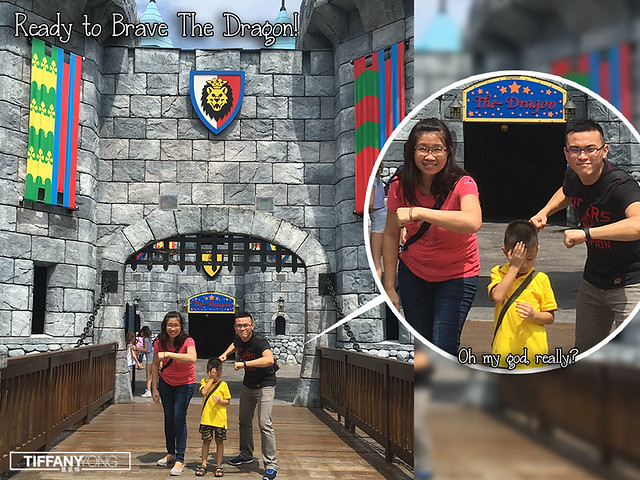 We had a little warm up with Merlin’s Challenge (ride) and now we’re ready for the Dragon! 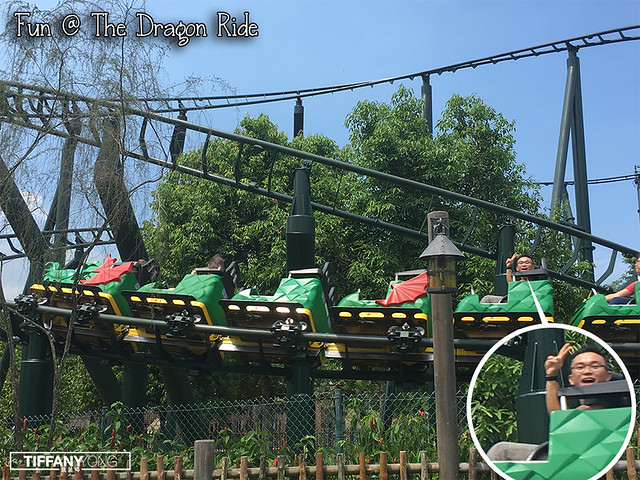 This was easily one of the 2 most exhilarating rides in LEGOLAND! Jaren was a little scared during the ride as this was the first time he took a roller coaster ride of such speed. 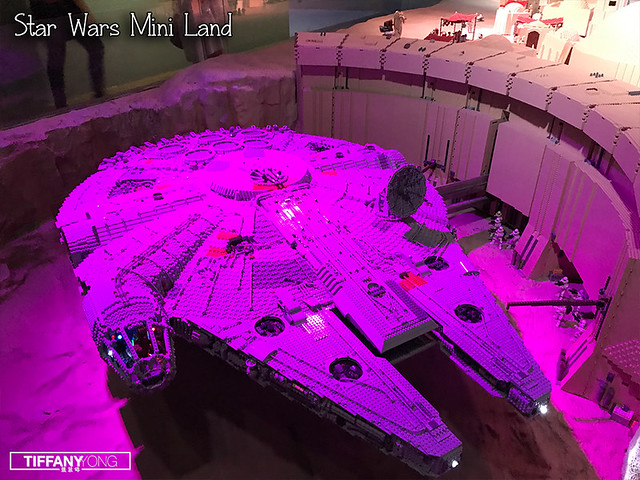 The Star Wars Mini Land is a must go for any Star Wars fan! My photos of the displays definitely don’t do justice to the effort of the people who pieced them together. If you like The LEGO Movie, looking at these displays felt like watching the Star Wars version of the LEGO movie! 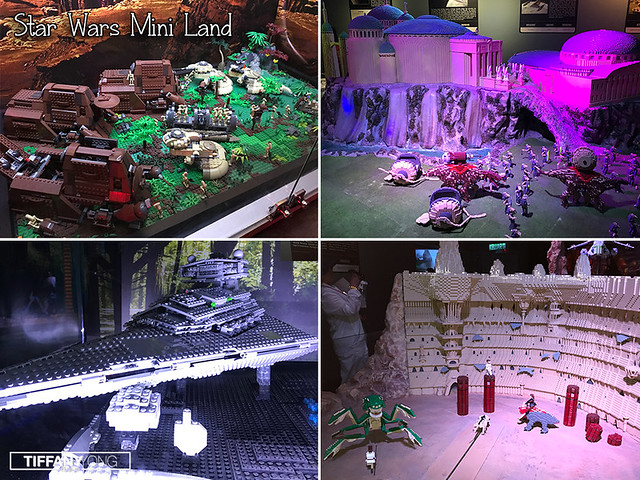 But I hope it gives you an idea of what there are to see, such as the replica of some famous scenes in the movies. They have an extensive collection of Star Wars Lego, which we don’t usually see in normal toy stores like Toys’r’us. 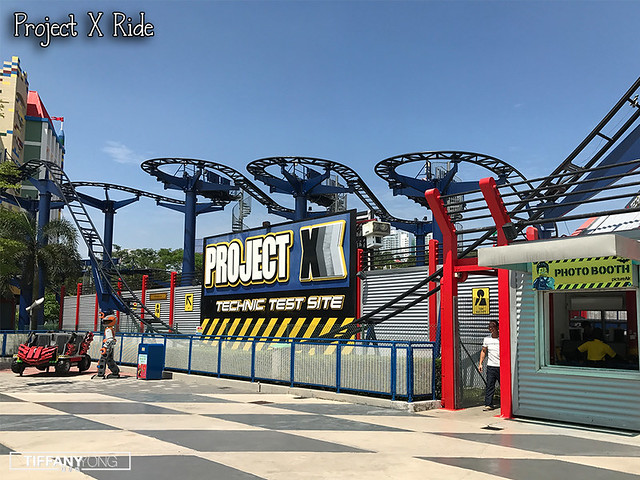 The final ride I went on, Project X, was about as fun as The Dragon was! But the initial drop was definitely much faster than The Dragon’s. Unfortunately, my son wasn’t tall enough to join me on this.
Note: Your child needs to be taller than 110cm even if accompanied by you.

By this time, all that was in Jaren’s mind was our promise to get him something to do with Ninjago from the Lego Store. 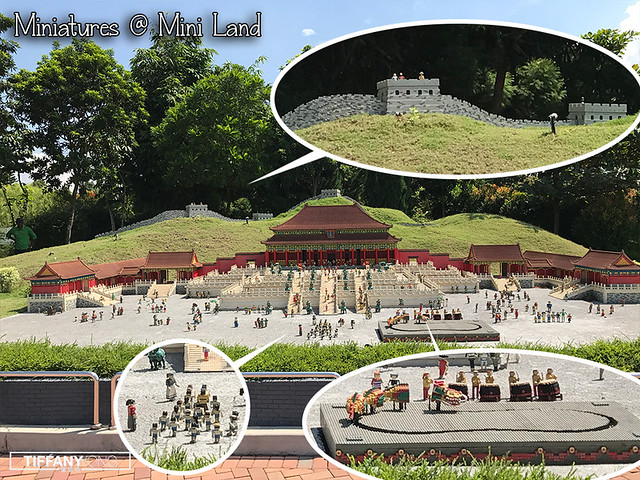 I went ahead to the Mini Land alone to take some quick photos while they went to shop. I was already positively blown away by the Star Wars’ display. But what I saw in the Mini Land was even more impressive. 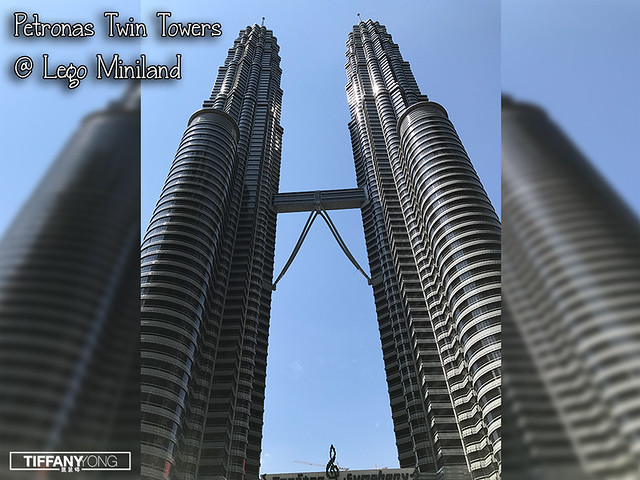 Could you tell if this is the real Petronas Tower or made with Lego bricks? The intricate details of the some of the most iconic architectures in Asia and South East Asia were all captured beautifully by the Lego Artists/Engineers.

By this time Jaren was already plenty tired after the fun filled day at Legoland and due to his young age, we lingered around the Build A Raft which features a lazy river and floaty lego bricks for children to build their own floats! 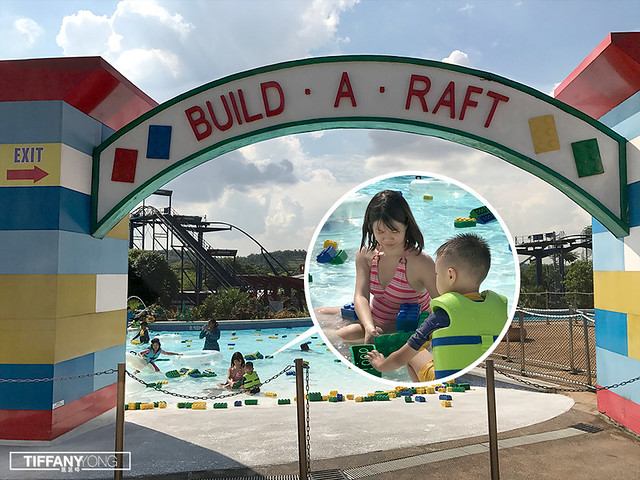 It was really engaging for Jaren! This is one of the few zones where we feel safe letting him play. Legoland also provides kid-size life jackets to keep those who don’t know how to swim afloat! 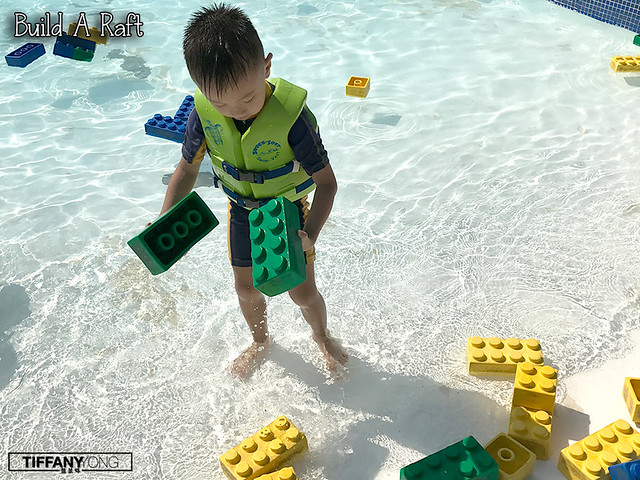 He had a fun time picking the giant lego pieces which are floating around in the clean pool, choosing only the green bricks (his favourite colour)! 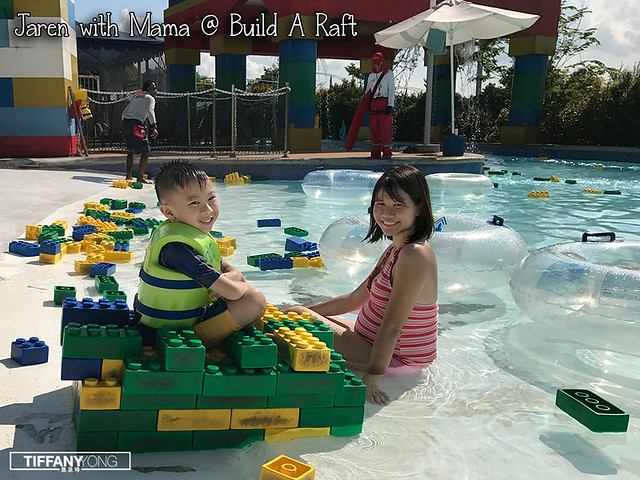 Tada! The final masterpiece! Jaren also had a brief moment of fun (before he became really sleepy) at Joker Soaker, the water-based playground just beside the Build A Raft. It was the first time he was brave enough to try the water slide alone! It’s not advisable to bring your phones into the playground as there’s a gigantic yellow pail at the top of the playground empties its content on the children everyone once in a while!

P.S. The rest of the water park are more suitable for older children especially the slides, thus we did not manage to try it out as a family. 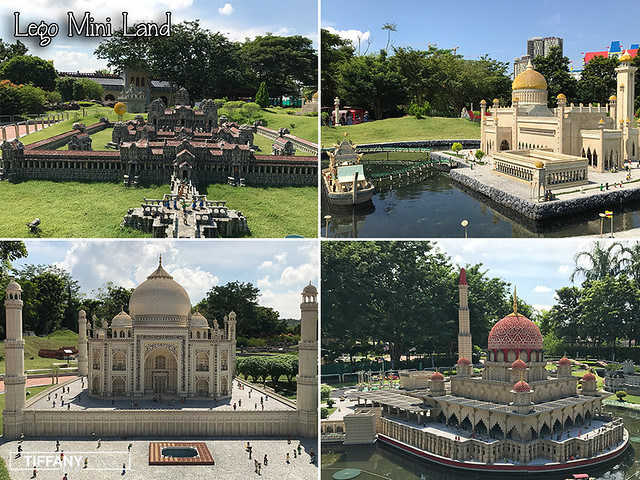 Legoland is a great family orientated theme park which I strongly recommend for family with younger children. Not only are the rides child friendly, they encourage families to play together and bond. There are many little Lego station around the park to entertain the children if mommy or daddy needs a break. 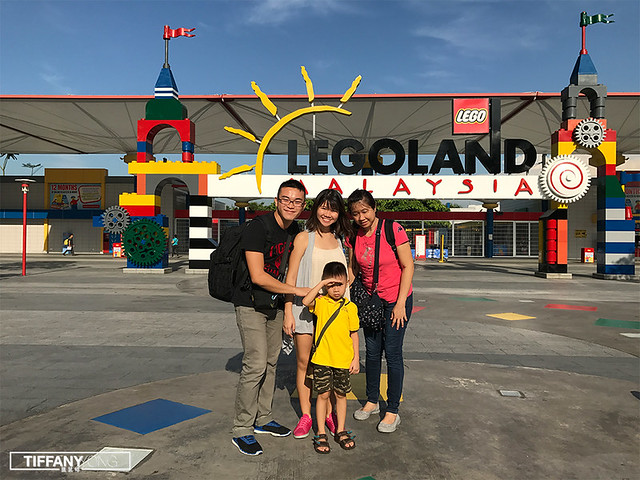 Our favourite family rides are definitely the Beetle Bounce, Pharaoh’s Revenge and Ninjago’s The Ride. However, for older and more thrill seeking youngsters, The Dragon and Project X are the go-to rides! Last but not least, to appreciate the amazing effort of the Lego Artists/Engineers, The Stars Wars Mini Land and the main Mini Land is not to be missed!

Once again, thank you LEGOLAND for allowing us to have an unforgettable family experience!
P.S. Check out Tiffany’s trip to Sanrio’s Hello Kitty Land, which was right next to Legoland.