Wei’s grandma suddenly disappears for no reason, but strangely the routines still move on as if she never vanished– the laundry is still done, their house is well-arranged as usual, and even breakfast remains prepared for Wei every morning. 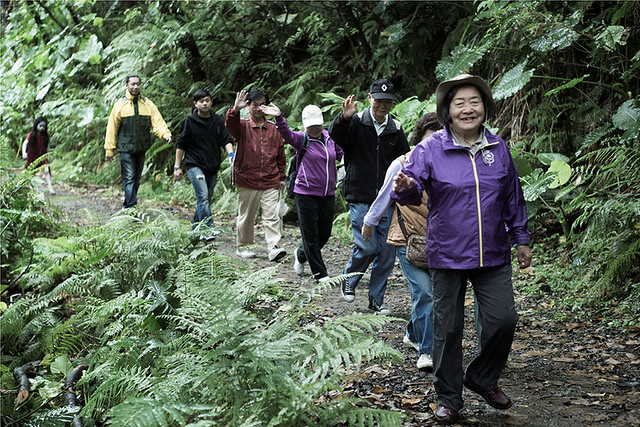 Distraught with worry, Wei is totally clueless until he finds an uncanny video in his grandma’s camera, showing that there was a little girl in red tagging along her. Oddly enough, after Wei’s grandma finally returns, it turns out that Wei is missing instead. Struggling to unravel the enigma, Wei’s girlfriend Yi-Chun gradually discovers that the mysteries behind Wei and his grandma’s sudden disappearance may be connected to the urban legend of “The Little Girl in Red”, but what’s even worse is yet to come……

This is probably one of the few movies which I panicked even before the film started, thanks to my movie partner, Malcolm who has ‘kindly’ watched with me despite hating horror films. Also, I heard the movie was based on true events that happened in Taiwan, heightening the tension even before the 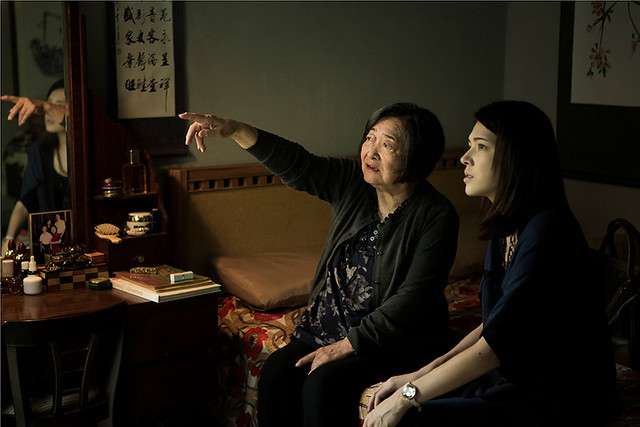 This will most probably be more relatable to the Chinese or people who are familiar with asian folklore and horror stories. Here, the film revolves around a kind of mountain demon known as Moxina (魔神仔) which kidnap human from their homes. For every lost person found, another person will go missing (in replacement). 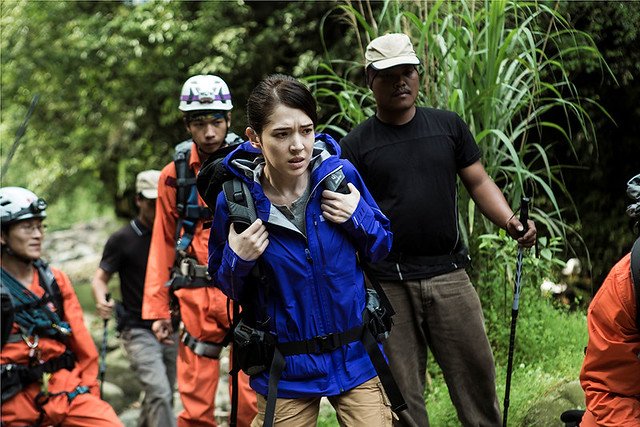 The film managed to incorporate the play on the individual characters’ guilt and emotional struggles, as well as a small link to the environmental destruction human has caused on the forests. Yi Chun (Tiffany Ann Hsu, 許瑋甯) plays a huge role in discovers the identity of the spirit which captured her boyfriend and his grandma, hence joining the expedition to search for them. 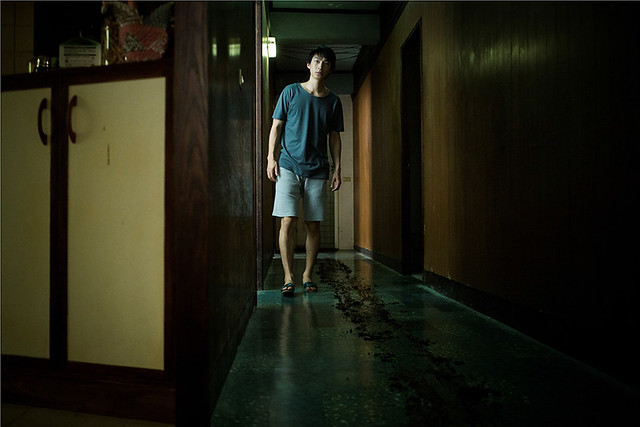 Wei (River Huang, 黃河) is a character which reminded me of my negligences to my family, and sometimes, how close we were to helping the people closest to us. The number of times his grandmother (Liu Yin–shang, 劉引商) called him and how they were ignored until he realised things were amiss. While the actors were convincing, there was one unexplained plot which I was curious to know. What happened to the security guard – Chang Po-chou (張柏舟) after he was attacked?

I won’t say that this is a very scary film per say, but this film touches a long-circulating urban legend in Taiwan and provide a sound explanation behind the missing/ kidnapped/ dead people after seeing this mysterious girl in red. Hence, it’s like watching horror films during the lunar seventh month, you can’t help but get some goosebumps thinking how events similar to the film actually did take place. 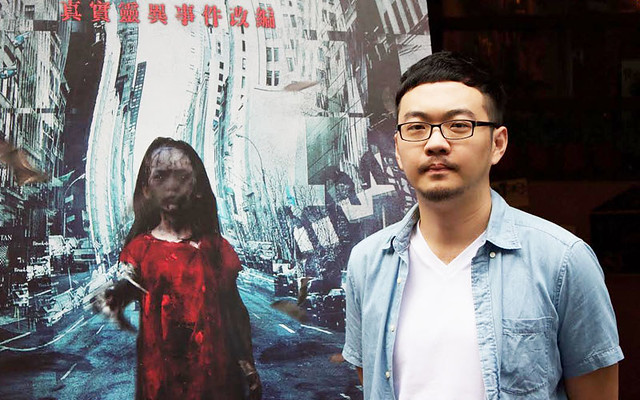 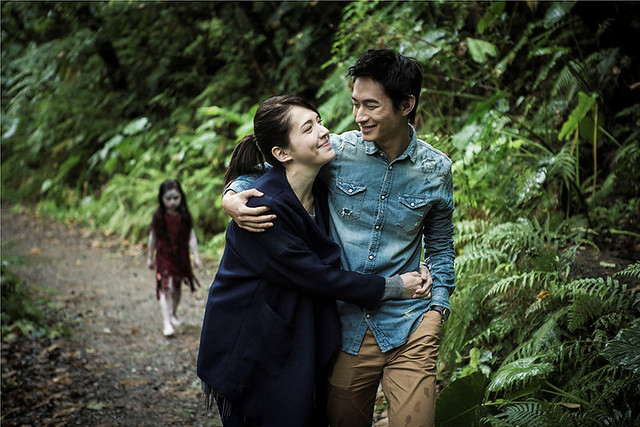 The Little Girl in Red is a long-circulating urban legend in Taiwan. The descriptions of her forms and whereabouts echo the monster depicted in the ancient Chinese book “Classic of Mountains and Seas” that takes advantage of human beings’ greed and weakness to lure them into the deep mountains before planting them like trees in the woods. There are various implications to the true identity of the little girl in red. Though some claim that she is an avenging devil who used to suffer from persecution, no one is yet able to determine who or what she is. The origin of the little girl in red is still a myth. 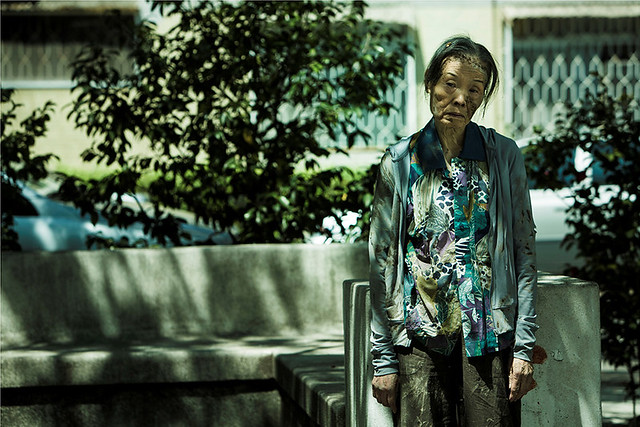 This horror film broke the Taiwan horror film records and became the best selling film in 10 years. Below are records of sightings of the little girl in red.

Taichung, March 1998 – After a funeral, a family was watching a trip video in which a weird-looking little girl in red was found tagging along the relative who passed away. But no one remembered seeing her anywhere during the trip. The footage was authenticated by professionals and caused disturbance among audience island-wide after it was exposed in the media. Strangely, the family member who provided the TV station with the video died in a car crash shortly.

Taichung, 1998 – One driver caught sight of the rumored little girl in red in a mountain area and decided to follow her. During the pursuit, the little girl suddenly disappeared into a heavy fog. The driver almost fell off a cliff after a sharp turn.

Hualien, 2014 – An eighty-year-old woman mysteriously went missing during a trip. Around fifty members of the police and the fire department conducted a search for five days before finding her under a giant rock. The woman surprisingly answered, “A little girl in red held a red umbrella and took me away.” The urban legend of the little girl in red returned after sixteen years. 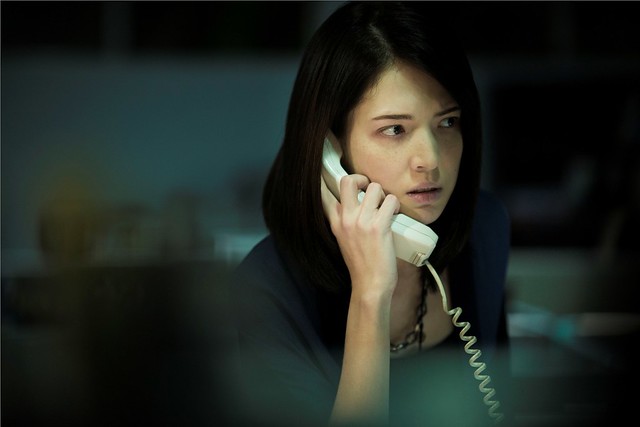 Wei Ning Hsu had not watched horror films for almost ten years due to her fear of them. For this movie, the director requested her to watch them as part of the movie’s preparation work. She ended up screaming through them. Wei Ning Hsu said she was really terrified during filming due to the makeup that the child actress was wearing. She ended up developing goosebumps all over her body, including on her face. 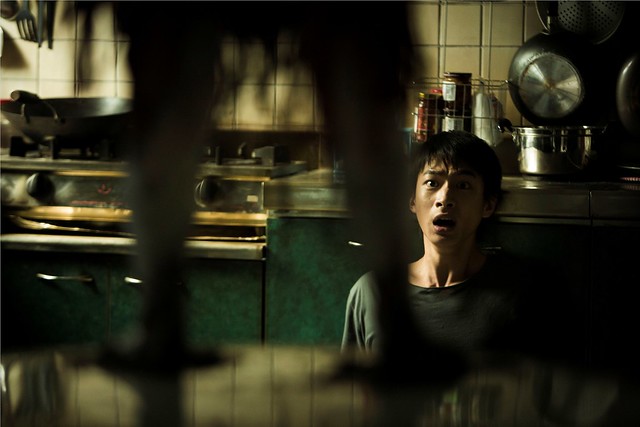 River Huang has admitted that he is sensitive to the presence of spirits in real life. He joked that whenever he had scenes with Wei Ning Hsu, she would always posed him the question: “Do you feel anything?”. The phrase became a staple of their conversations during the entire filming process.