The Devil Fish (人面鱼：红衣小女孩外传) Movie Review | by The Epiphany Duplet

In a haunted mansion, where a whole family was killed brutally by the father years ago, exists the ‘Mosien’: little demon. The neighbour decides to hire an exorcist: Master Tiger (Taoist God) to cast out the demons and make their nightmare stop.

After the exorcism, the Mosien is then sealed in the body of a fish and fried; to be diminished forever. Little did they expect to find a baby fish inside the corpse of the fried fish.. Out of curiosity, the baby fish was being brought home; left in a fish tank and this is where the nightmare begins…

Tiffany Yong: I’ve watched the first 2 Tag-along series (The Tag-along and the Tag-along 2), and there’s no reason why I should give this a miss. The Devil Fish is the prequel of the first two series – both Peps and I watched this without knowing this, so the revelation came in pretty late for us – which means that if you haven’t watch the first two, watching this now is all fine. But of course, the team has put in many cool easter eggs (we will be revealing some later on) specially for the series’ loyal audience.

Peps Goh: It was really fun finally getting to watch this film. As I was in Taiwan earlier in the year, I had the opportunity to be in the presence of the stunt team that worked on this film, right in the midst of rehearsing for the climatic action piece of this very movie. And getting to see the work in progress, and how it ultimately bloomed into the final piece is a really meaningful experience for me. Shout-out to the awesome people in ACT, great work guys! Woot woot! 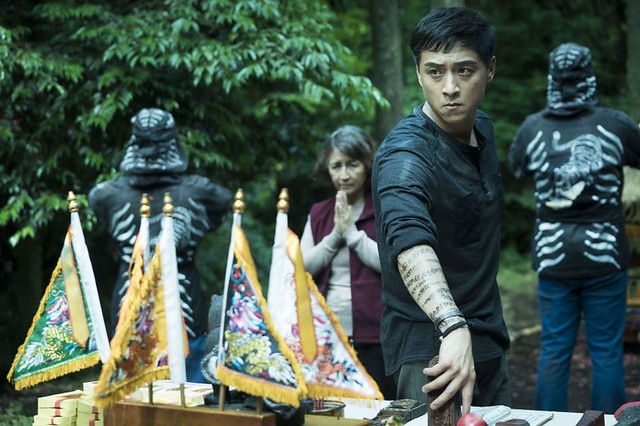 Peps Goh: They had played the first 2 acts to the tune of an earnest horror piece, and it worked really well. And this time round, they had gone with a higher percentage of practical action set pieces, and significantly reduced the CGI monster fights that took a huge part of it’s predecessor (Tag-Along 2). And it was a great decision on the creative team, I had found this sequel more immersive than the previous.

The CGI monster battle, I must still retain the same opinion as my review of the prequel, which is that it’s my least favorite part of the film. The CGI quality has improved from the last, so it’s not a question of the quality of the graphics. It’s the way it removes the veil of mystery, and in a big way ruining the horror of the experience.

It’s a difficult thing to do, and I understand that it must have been tough on the effects team, trying to blend the effects that is of such a big difference from the tonality to the entire movie before the effects show up, and getting it to look like a part of the same film. But it doesn’t, it sticks out like a bright and glaring sore thumb. It was almost as jarring as the prequel. I’m not gonna spoil the plot, but basically a Pokémon battle suddenly happened in the middle of a horror film. It was awkward. 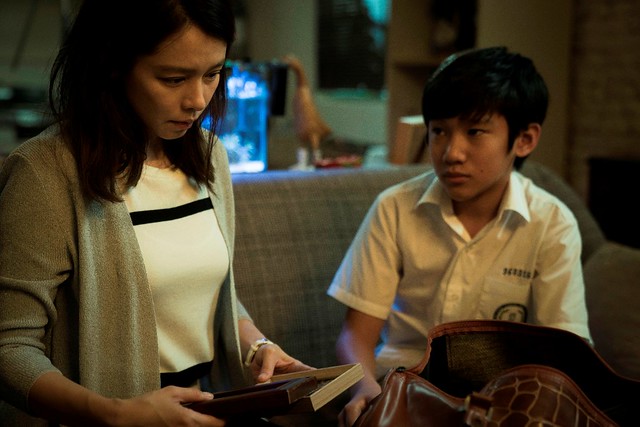 Peps Goh: Apart from that, I’d greatly enjoyed the film. The cinematography is excellent, and the scares were solid. Tiffany had her hand around my waist in the first quarter of the movie, and I had to shift it away and hold her in my hand because during one of the jump scares, Tiffany flinched and squeezed me so hard I think I have a bruised liver now.

The performance by Vivian Hsu and Chaster Wu as the mother Huang Ya Hui and son Jia Hao was an earnest one. Her pain as a single mother facing divorce was realistic, and so was the exasperation of the son, trying whatever he could to help his mum out of the depression. Although their story were not exactly integrated to the whole Devil Fish plot, I enjoy the fact that the stories were not written to make all the characters related to one another. 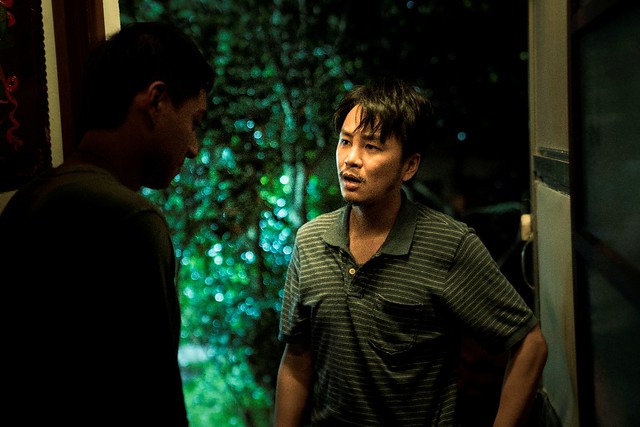 Tiffany: Ex-Energy boyband member, Joe Zhang Shuwei surprised me with his role as the inspector solving a mass murder case and his chemistry with the main lead. Cheng Jen-Shuo did a great job portraying Lin Zhi Cheng, the medium of Master Tiger, who is the dad of the medium in Tag-along 2. Same for Lin Mei Hua (Francesca Kao – below), who played the mum who tried to revive her kid in the second film.

Peps Goh: It’s a solid watch throughout, and I especially like the special effort they had put in; within the post credit scenes (There’s 2, featuring the main leads of the first 2 films) and the general writing to string the previous 2 prequels and really make the extended universe feel cohesive.

Before production starts, Cheng Jen-Shuo chose to go to a cemetery in the mountains to practise his acting skills, while Vivian Hsu had to practise piano for over two months as she is acting as a pianist. Producer Hank Tseng got the characters (Bazi 八字) of all the cast calculated, and engaged a priest to the filming set to ensure everyone and everything is safe. 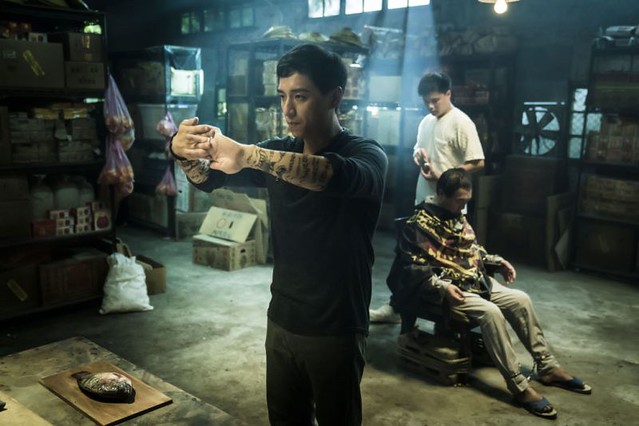 Acting as the medium of the Black Tiger General, Cheng Jen-Shuo had to spend 7 hours every day during shoot to get his arm tattoo done, as well as to memorise the mantra for the exorcism ritual. 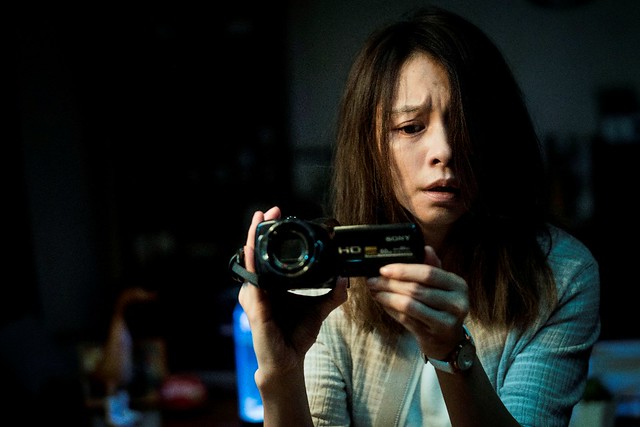 Vivian Hsu was notified that she had to be on-screen without make up prior to taking up the role. Not only did she agree to it, she even darken her eye bags and laugh lines to bring out the character who was on the brink of a mental breakdown. She loved the idea of acting and being on screen without makeup and hoped that there will be more of such characters in future. She revealed that during the shoot period, she was so scared that she did not dare to look a the mirror when she’s brushing her teeth and ask her cousin to sit in the toilet to accompany her while she bathed.