Social worker Li Shu-Fen (Rainie Yang) is often overwhelmed by her heavy workload and neglects her daughter Li Ya-Ting. When she discovers that Ya-Ting has gone missing, she realises there is a past demon hidden at the bottom of her heart.

Shu-Fen tries everything to find Ya-Ting, and encounters many horrifying mysteries. One mother, Lin Mei-Hua (Francesca Kao), keeps her own daughter in a strange room surrounded by walls covered in written spells. Meanwhile, Shen Yi-jun (Hsu Wei-Ning), a pregnant woman who was reported missing several months ago, is found on the mountain.

In order to rescue Ya-Ting, they must return to the mountain where the little girl in red is trapping Ya-Ting. Shu-Fen finally realises the deepest fear comes from love…

Tiffany Yong: This is one of the rare times where I’ve actually watched the first film and Peps hasn’t. So he will be providing insights from the point of view of someone who doesn’t have prior knowledge of the Tag-along series. The second film of the Tag-along trilogy is back, just 1.5 year after the first The Tag-along was released. While the first film was based off an original video clip that went viral in Taiwan, the second movie revealed who this little girl in red was and why had she been ‘tagging’ along hikers and kidnapping them back to the woods.

Peps Goh: This film is a fun watch, which really isn’t a word I expected to use when describing a horror genre. The plot was constructed really well; from strategically placed fore-shadowing, to the several different narratives which were strung together cleverly that slowly built, and built, and finally leading up to an entertaining pay off. 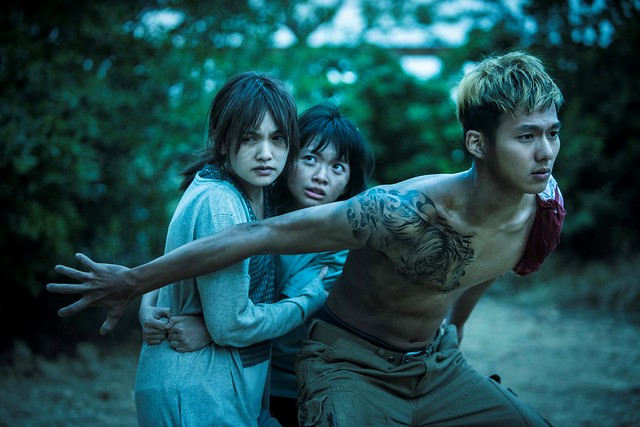 Tiffany Yong: So what’s fun? Let’s start off with something unique to this film – a practice familiar amongst most Chinese or Taoists- Chinese psychic/medium (乩童). The film introduced the element of religion and god into the horror story. This is fun to me as most typical movies these days will ridicule or hint fraudery when they show rituals, if not, they would merely touch and go. I was surprised by how serious and in-depth the rituals went, making full use of the practices in an attempt to solve and find the missing girl led away into the woods by the tag-along.

Peps Goh: Wu Nien-Hsuan who acted as Lin Jun Kai, performed exceptionally well, demonstrating a refreshing sincerity to his performance, and a convincing flair to his version of a medium to a Tiger God.

The use of his body (when possessed by the tiger god) was so well done that I would say it is the highlight of the film. Moreover, he had an interesting identity, the boyfriend of the 15 year old pregnant daughter of Shu Fen. I was groaning inwardly when the film first revealed his identity, as I thought this was just “another story trying to put mediums under the bad light”. But then, as the story unravels, the director went against the social stereotypical mindset of penalising the boy for having underage sex. Instead, Lin Jun Kai was sensible, filial and did everything he could to save his little girlfriend.

This movie also addresses a common social issue – single mums. Shu Fen (Rainie Yang) is a mum who doesn’t understand her own child, Shen Yi-jun (Hsu Wei-Ning) is a mum who didn’t manage to have a successful childbirth, while Lin Mei Hua (Francesca Kao) is a weird mother who has been imprisoning her own child for over a year. I didn’t think too much about her performance initially, but it was later on into the story when I realised the little nuances in her actions. I would say her character is the pillar of the story. 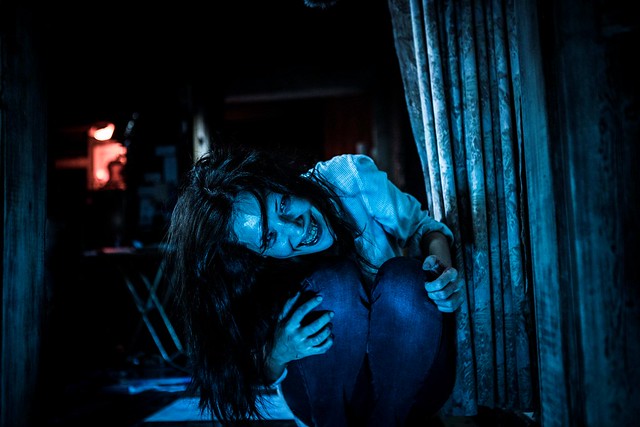 Tiffany Yong: As a character brought forward from the first film, Hsu Wei-ning went to the extremes in both her looks and performance. Gone were her gorgeous and confident looks. She’s hysterical and it felt almost uncomfortable looking at the possessed version of her. (is that good or bad? I would say it’s subjective.) The use of CGI was mostly appropriate and well-done. However, some of the immersion was lost towards the climax though, there was a point when it got way overdone (Yes, the tiger god versus the demons). So much so that it almost felt like it was a complete change of genre. And even with the remnants of the suspension of belief spilled over from the essence of this genre, I ended up pulled back into my head wondering about the necessity of all that CG.(As this segment of fantasy-like CGI was present in the first Tag-along movie too, I would take that as the team’s creative decision.)

Peps Goh: My favorite thing about Tag-Along-2 would probably be the way they held their long takes. It did wonders to the pacing and suspense, and in my opinion, helped increase audience’s investment and immersion. The long one-shot sequences were intricately choreographed, and beautifully performed. Some directors use long shots like these as cheap gimmicks, but in this case, I could think of no other way that they could have done it that would have better told the story.
Overall, this piece is easily likeable, and hold’s it’s own through till the end, concluding on a satisfying note. 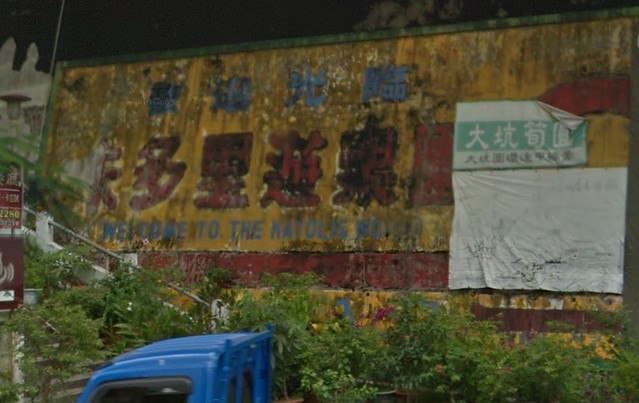 Most of the scenes were completed in a set at Shitou Park near Taichung. The mayor of Taichung also sponsored the film TWD$3 million in support of the filming. Besides that, the movie was also filmed in the abandoned Ka Duo Li Amusement Park (卡多里游乐园) and hospital, as well as Taichung Dakeng Hiking trail where the video of the little tag-along (girl in red) was first captured.

For publicity, there was a shoutout for brave souls to watch the premiere of this movie at Dakeng. The production team had already made the payments but it was cancelled last minute due to the protest of the locals staying around that area. They were against it as they do not want negative publicity to their area, which might in turn drive away tourists. 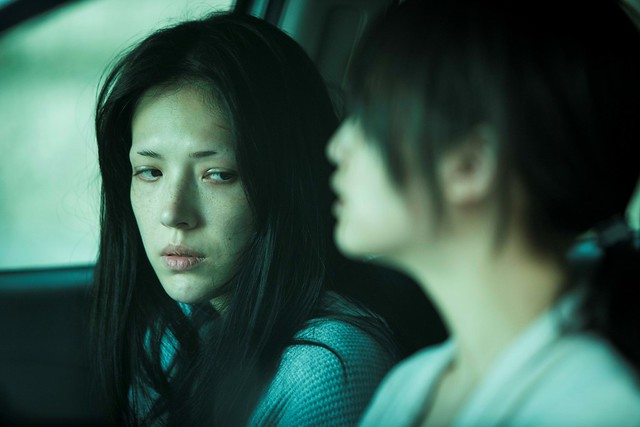 Hsu Wei Ning shaved her eyebrows for the show, and was even requested by the director to lose 20kg. The 167cm tall actress ate only a meal a day and drop her weight from 48kg to 44kg. 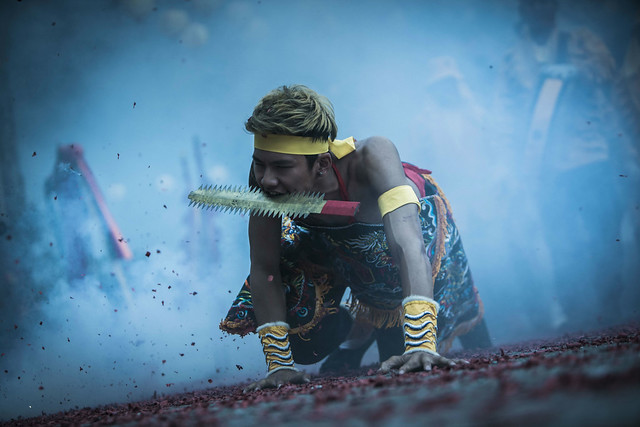 Wu Nien-Hsuan acted as a psychic possessed by the tiger god in a temple. The director revealed that he was chosen amongst hundreds of candidate and was confirmed of the role only after the tiger god agreed (three positive devine lots). As he performed the temple parade as the possessed tiger god, he had to walk on fours throughout the show. Once, he was sent to hospital after the fire crackers injure his eyes. 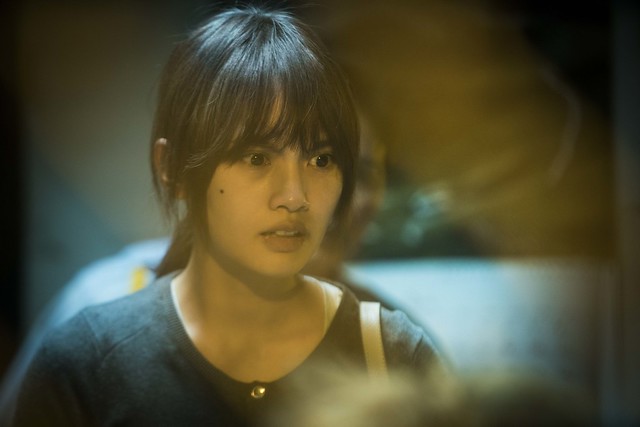 Rainie Yang revealed that she was asked to turn her skin worse, but she revealed that she still put on mask when she goes home. But on set, she was not allowed to put on make-up nor lip balm. The director even requested for dark eye-rings. The 33 year old actress felt really uncomfortable when she was called aunty on set by 22 year old actor Wu Nien-Hsuan, who acted as the boyfriend to her 15 year old daughter.

To protect themselves from evil spirits during filming, Hsu Weining uses a TCM herbal sachet bag to bath while Rainie Yang will walk over a burning incense every time she return home. Francesca Kao uses smoked wormwood and incense. In comparison, River Huang who is slightly sensitive to spiritual stuff just kept himself relax on set.