GOODBYE CHRISTOPHER ROBIN gives a rare glimpse into the relationship between beloved children’s author A. A. Milne (Domhnall Gleeson) and his son Christopher Robin (Will Tilston), whose toys inspired the magical world of Winnie-the-Pooh. Along with his mother Daphne (Margot Robbie), and his nanny Olive (Kelly Macdonald), Christopher Robin and his family are swept up in the international success of the books; the enchanting tales bringing hope and comfort to England after the First World War. But with the eyes of the world on Christopher Robin, what will the cost be to the family?

Tiffany Yong: The movie is made up of a very interesting combination of cast, an observation I got when I’m penning down my thoughts on this film. Harley Quinn (Margot Robbie) marries Bill Weasley (Domhnall Gleeson) and got Evangeline (Kelly Macdonald) from Nanny McPhee or should I saw Helena Ravenclaw to be their nanny. This is a completely irrelevant point about the film, of course. 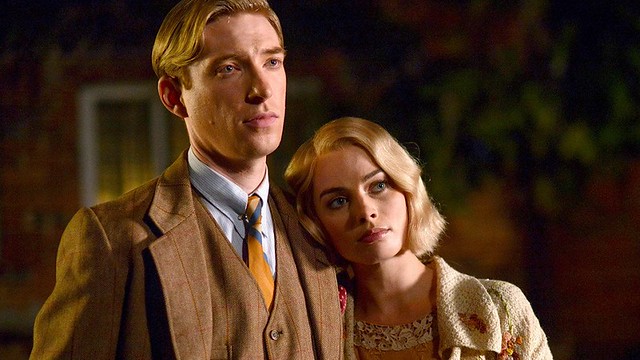 Peps Goh: ‘Goodbye Christopher Robin’ is a deeply heartfelt and sentimental piece of story that is told through beautiful visuals. This story follows the man behind the established “Winnie The Pooh” story, and his lesser known personal story.

While the sentence ‘inspired by the true story’ is printed on posters, I was pretty impressed how close the film was to the events. Of course, the characters might have been re-imagined, but film and actors did their best to give an honest interpretation to Alan Alexander Milne and his wife without beautifying their personalities too much. 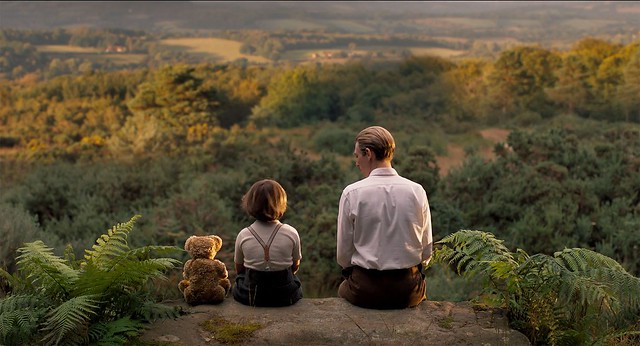 Peps Goh: I entered the theater with only a vague idea of the contents of the film, but wow I was blown away. A story of a father and son and their inner demons. Through the creating of the story with his son, A. A. Milne (Domhnall Gleeson) heals the trauma from his war, and in penning it down, it sets him back into his track of being a writer, the career that was derailed after the war. And after, once again through the book, the son’s trauma from his childhood is healed. With his forgiveness of his father, he saved him from his guilt.

Tiffany Yong: It was an enjoyment watching the actors play out the characters. Domhnall Gleeson as a writer with Post-Traumatic Stress Disorder (PTSD), the reserved father who only reveals his true nature when he’s alone with his son. The warm nanny (Kelly McDonald) in contrast to the distant mother, Daphne (Margot Robbie) gave an accurate portrayal of the aristocratic life back then, where ‘children should be seen and not heard’. I was especially touched by how the nanny managed to receive and respond to the news A. A. Milne tried to deliver with just his appearance and expression in the later years.

Tiffany Yong: To be honest, I don’t remember watching the cartoon Winnie The Pooh. However, the beautiful cinematography and gorgeous set was so picturesque that I could visualize all the iconic scenes where the storybook (or Google images) features. The contrast between dark trauma and distant father-son affection went surprisingly well, giving a cohesive and sensitive story.

Lovers of Winnie The Pooh should definitely add this to their to-watch list.

The way the writer wraps up the film is debatable. Some might find it too “Disney”, presenting it in a neat and tidy package, however both Peps and I like how it provide a happier spin, an alternate interpretation based on Christopher Robin’s acts in the final years of his dad’s passing. The strong performance is sure to touch hearts, even for audience who are not fans of biopics and period films. 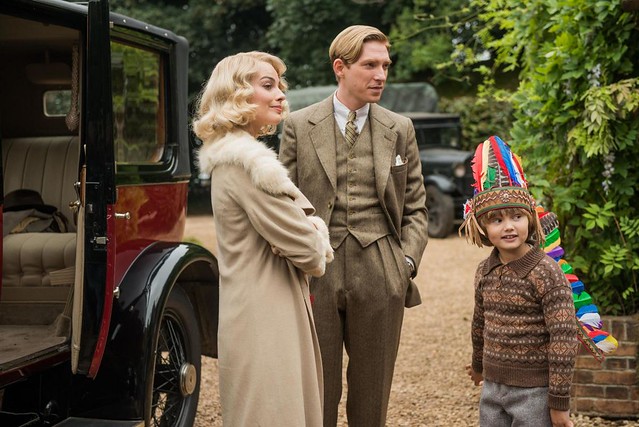 AA Milne was 38 years old and his Wife Daphne was 30 when Christopher Robin was born. In reality Domnhall Gleeson was 33 and Margot Robbie 26 when filming commenced. This also means that Robbie is actually only five years older than Alex Lawther, who plays the adult Christopher Robin. 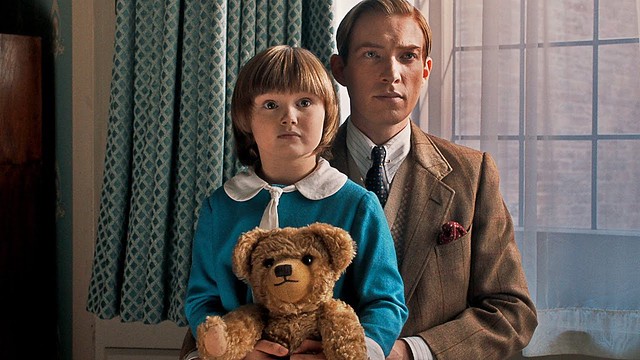 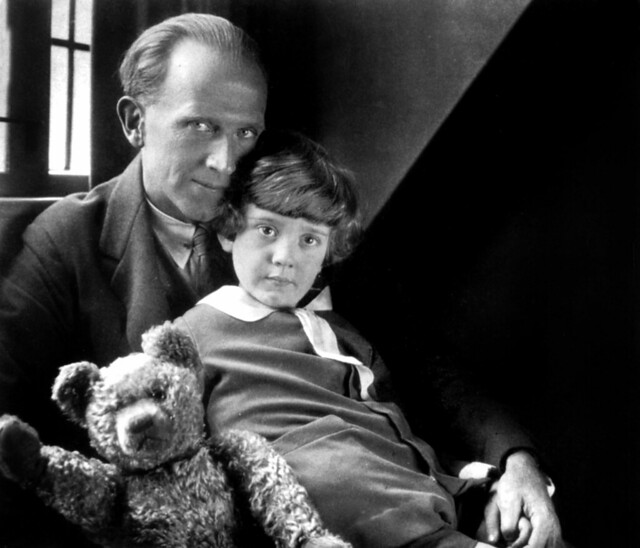 The film is a fairly accurate in the relationship between Christopher Robin Milne and his parents. However although the film depicts that the older Christopher Robin finally forgave his father for (perhaps inadvertently) exploiting him to sell the book, in reality CR never actually forgave him the way depicted in the film, instead learning to accept what had happened and to live with it up right until he died in 1996. However his frosty relationship with his father was at least better than the one he had with his mother, not just because of the way he felt exploited as a child but also because she disapproved of the woman CR would eventually marry. After AA Milne died in 1956 he had almost no contact with his mother right up until her own death 15 years later. CR did have one daughter, Claire, from this marriage. Claire was born with Cerebral Palsy and unfortunately died in 2012 aged just 56. 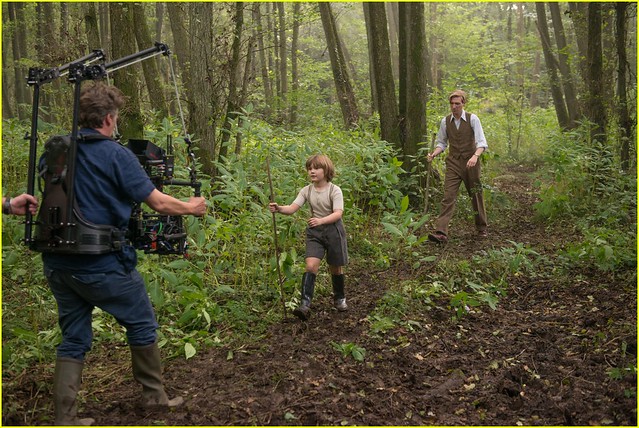 The film was shot on location in Oxfordshire, Surrey, East Sussex, and London. A.A. Milne, the creator of Winnie the Pooh and C.R. Milne (Christopher Robin), lived in the English county of East Sussex on Cotchford Farm where he was inspired to create and write the Winnie the Pooh stories. This was also the last home of the Rolling Stones founder Brian Jones and where Jones drowned in his swimming pool on July 3rd, 1969 at the eerie age of 27 – the same age as Jimi Hendrix, Jim Morrison, Janis Joplin, Kurt Cobain, and many more famous people. 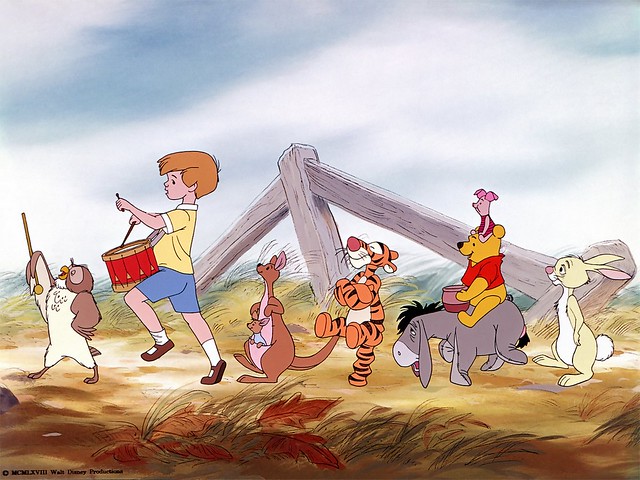 The film is being released in 2017 which marks the 40th anniversary of Walt Disney Pictures’ 22nd animated film The Many Adventures of Winnie the Pooh (1977).