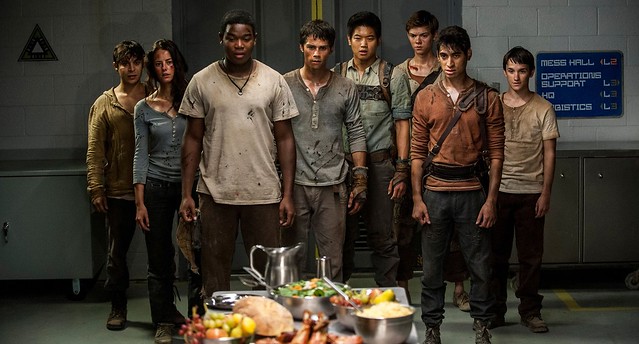 In this next chapter of the epic “Maze Runner” saga, Thomas (Dylan O’Brien) and his fellow Gladers face their greatest challenge yet: searching for clues about the mysterious and powerful organization known as WCKD. Their journey takes them to the Scorch, a desolate landscape filled with unimaginable obstacles. Teaming up with resistance fighters, the Gladers take on WCKD’s vastly superior forces and uncover its shocking plans for them all.

This is probably one of the best types of film to go on a movie marathon, as the film continued from where they left off last year, escaping from the Maze and the Gladers [Dylan O’Brien (Thomas), Thomas Brodie-Sangster (Newt), Ki Hong Lee (Minho), Kaya Scodelario (Teresa Agnes) and Dexter Darden (Frypan)] was ‘saved’ by some unknown team led by Aidan Gillen (Janson) who claims to be against W.C.K.D. (World Catastrophe Killzone Department) and the story goes on. I’m not going to provide much spoilers so that you guys get to enjoy the excitement, scares and thrills like I did during the film. 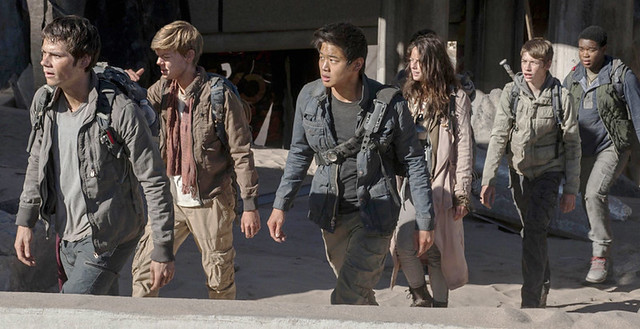 Then why read this? Haha, oh well. Just read. I caught the sneaks of The Scorch Trials with a friend who hadn’t read the novels and since I’ve read the novels some time back, I thought I would do a quick comparison review between between a novel reader and a movie fan. And I truly think that the director Wes Ball had done a GREAT job making do with the novel (which I thought was pretty draggy and meh.) 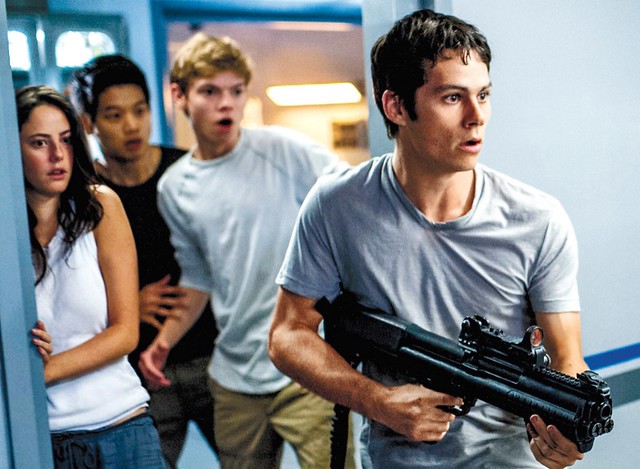 If you’ve read the novel, you will realise that the sequel is based loosely on the novel. Which is pretty good, because I wasn’t exactly happy with how the novel went. Most of the important scenes were taken in, and the landscape was jaw-dropping. I saw some online reviews on how this film didn’t have any “maze”, but ain’t the Scorch itself a maze? They didn’t know where they are going, who they will bump into, enemy or friend… #LifesAMaze 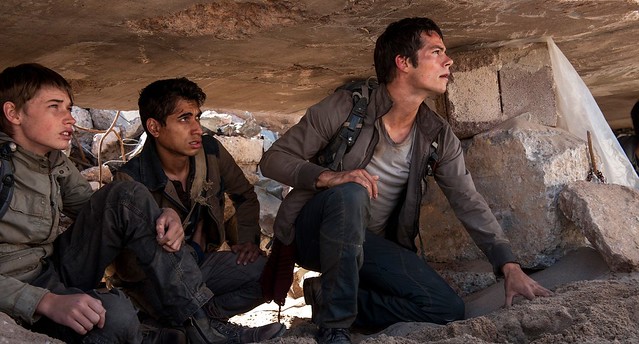 If you have not read the novel, it is almost impossible to anticipate what might happen next. The journey is a maze, it’s an adventure that you will have to go through with the team, reminding me of the game “Temple Run” where the character has to constantly escape from monsters which resembles a mixture of the Grievers (from first movie) and the Cranks (from the sequel). And as the player runs, the landscape changes, exactly like how the bunch of guys move from desert to ruins and then to abandoned towns. 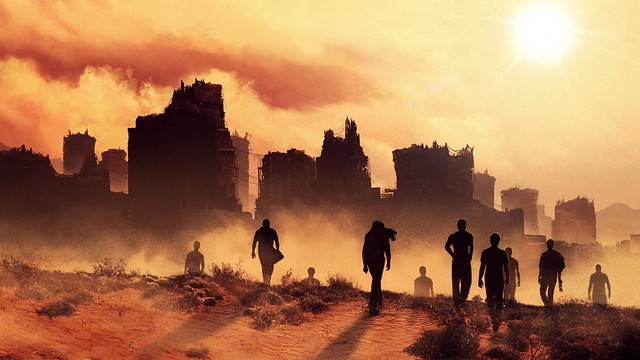 (Useful Spoilers in This Paragraph) The suspense was good. The action sequences were crazily scary but not over-the-top. Think racing up a toppled ruins of skyscraper while being chased by zombie-like Cranks. Or going underground to the tunnels, knowing the worst kind of Crank are out there, but yet that’s the only way out. However, my favourite scene, (something similar to the above) was when they had to abandoned a badly injured and infected mate, only to stop when they heard the gunshot. The sadness in that silhouette, the pause before moving on, the scene was beautifully done. 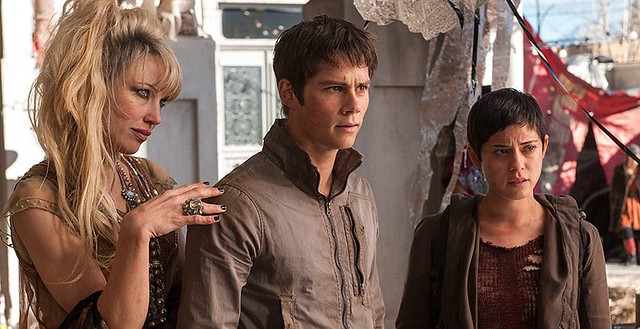 I guess what surprised me the most was the choice of cast. The cast were diverse (or should I say multi-racial) making every individual unique and well-defined. The new characters, such as Rosa Salazar (Brenda), Jacob Lofland (Aris Jones) and Jorge (Giancarlo Esposito) were interesting additions to the film. While I’m usually resistant to new additions to existing characters and plot, these people made the originally strong  team a little more fun and funny!

I like how the film gave just a slight hint of romance, instead of emphasising it like the novel – after all, who has time to do the lovey-dovey stuff when everyone is on the run! 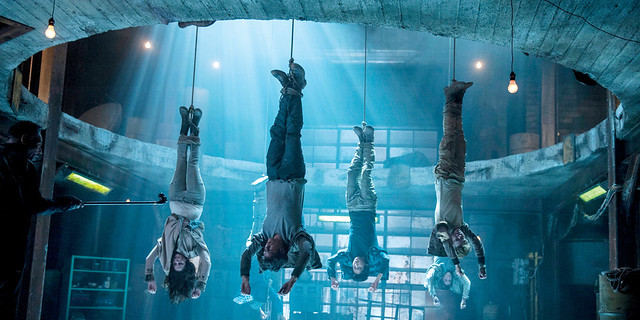 The only disappointment I could think of, was perhaps, the 130minutes film leave you wanting to watch on. As the second part of the trilogy, it is an arc to the whole picture, and audience (especially those who did not read the novel) will end with “What? That’s ALL!” instead of “Huh? What Just Happened?”. This is definitely much better than The Hunger Games: Mocking Jay Part 1. So yes, it’s a MUST WATCH!

P.S. Catch “the Maze Runner” movie before watching it or you won’t understand what they are talking about. The characters development were mostly done in the first film. In this sequel, it’s a lot of suspicion and fleeing! 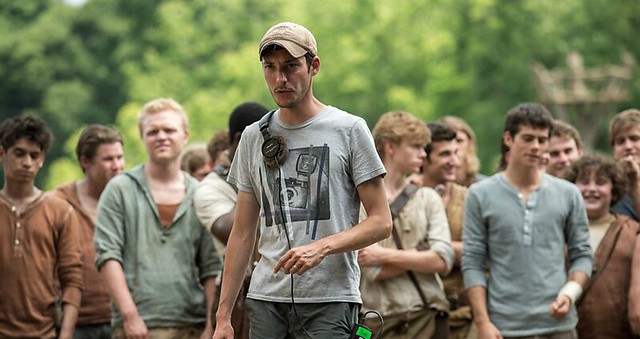 Instead of waiting to see the box-office, the studio decided two weeks before the premier of the Maze Runner film to greenlight The Scorch Trials as the publicity and reviews were overwhelmingly good.The director Wes Ball says the movie will diverge from the book a little bit, but will get back on track in the third installment titled The Death Cure. 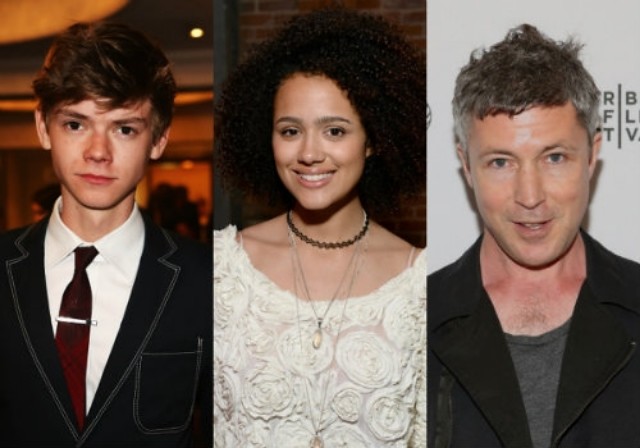 Thomas-Brodie Sangster, Aiden Gillen, and Nathalie Emmanuel who appear in Game of Thrones (2011) are in this film 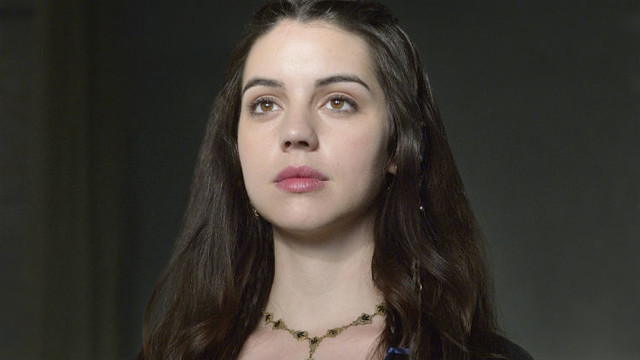 Australian actress Adelaide Kane was fancasted to play the role of Brenda but couldn’t get the part due to scheduling conflicts. 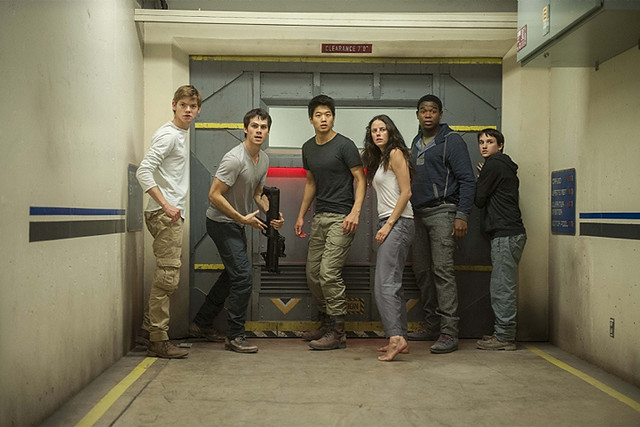 There are numerous differences between the novel and the movie. In the book, the team were forced to either be killed or go out into the Scorch (as the next trial), while in the move, they escaped into the Scorch as when they found out that the whole set-up and that they were still under the control of W.C.K.D.

In the novel, Teresa was separated from the boys for most of the time, and grouped with the girls, communicating occasionally via telepathy. However, in the film, Teresa was with them the entire time.