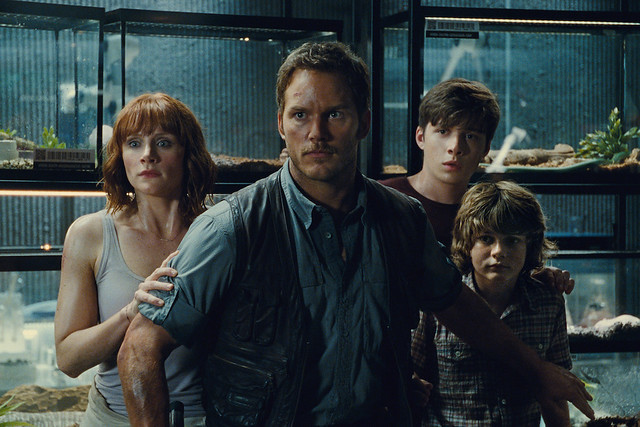 A new theme park is built on the original site of Jurassic Park. Everything is going well until the park’s newest attraction–a genetically modified giant stealth killing machine–escapes containment and goes on a killing spree.

Jurassic Park (1993) was my first ever movie (I was 5) and the only family movie I had till now. So when Jurassic World came out, I was hesitant to watch it despite the hype. 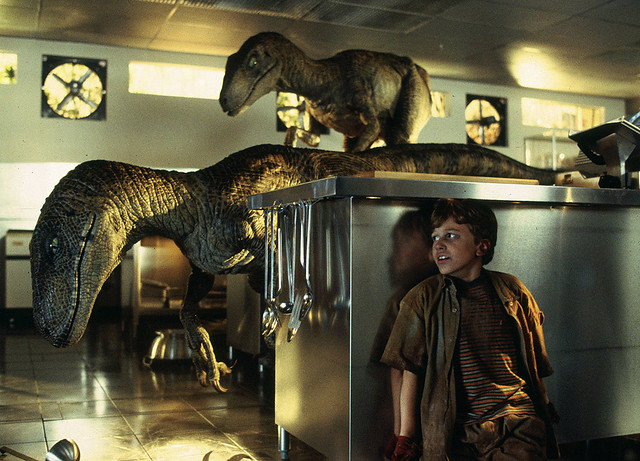 Yes, like many, I was BADLY traumatised by the Raptors in the kitchen back then. The classic and sudden jump on the metal cabinets had scarred my childhood and I hated dinosaurs ever since (Mighty Morphin Power Rangers Dinozords are different!) 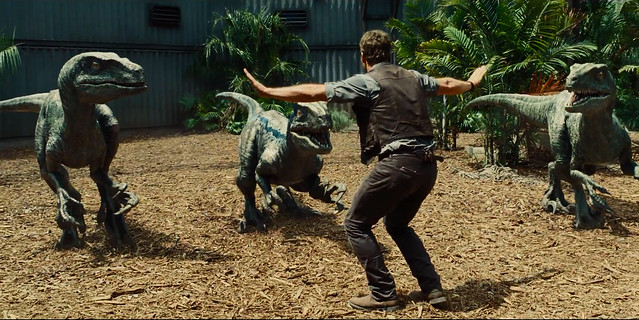 22 years later and 1 month after the release, I finally watch the film, under the accompaniment of a friend who hadn’t been able to watch as he was overseas frequently (and all his friends have caught the film). “Jurassic World” may have surpassed the “Avengers” for the highest-grossing opening weekend ever , but I’ve been seeing extreme comments on Facebook like “Jurassic world CMI (Cannot Make It)” while there are also people who wanted to watch the film several times because they love it. So here’s my take on Jurassic World: 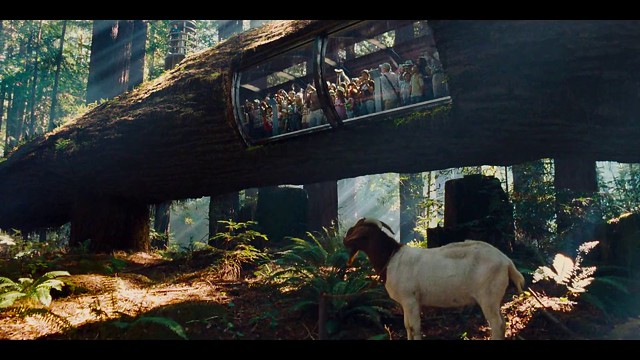 While many critiqued on how the film failed to “impress” and scare like the first instalment, I like how Jurassic World recognise the fact that T-Rex and Raptors are no longer scary and modified hybrids are needed to boost the business. Seriously, do you think ANY movie can recreate the SAME hype Jurassic Park did? Back them, dinosaurs were almost never seen in films, now, we have it over and over again. It is human nature that man tries to control and tame the animals, how many times have we seen with all the zoos and wildlife reserves. And that’s exactly what Jurassic World DID. 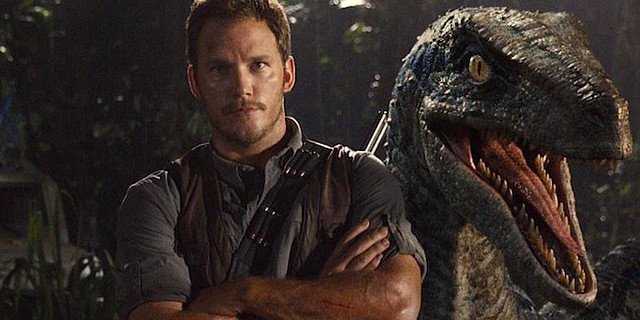 I gotta admit, I love the concept of how dinosaurs are being tamed like animals in Jurassic World now. The film stops viewing dinosaurs as monsters but animals which human (or Chris Pratt) tries to connect with and train. The effects of the dinos were also pretty realistic and grand. 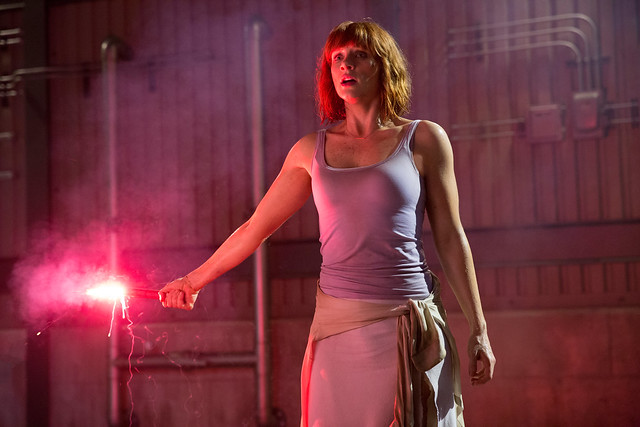 I’m glad Claire’s (Bryce Dallas Howard) white clothes DID get dirty in the end, but seriously, to do the running in the forest and running away from a T-Rex in stilettos is simply crazy and impossible. 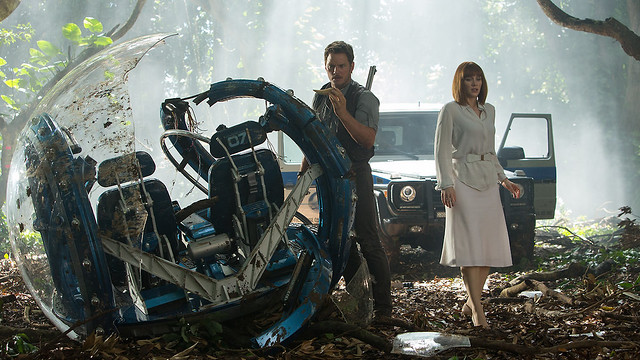 Although it will be good to have some romance in the film, I guess you need it to be logical, reasonable or at least have some chemistry between the leads. Meh, I don’t like their interaction and their chemistry is NIL. I prefer Chris Pratt with his Raptors or even the beautiful Apatosaurus which died in the film.

Most people will have had caught the film by the time this review is out, so now why don’t you share with me how you feel about the movie?

“Indominus Rex” means “Fierce/Untamed King” in Latin, after the hybrid dinosaurs’ erratically destructive and murderous nature. The Indominus Rex is a hybrid, rumored to be part Tyrannosaurus Rex, Velociraptor, Cuttlefish, and Tree Frog.

For the season two Parks and Recreation DVD (2010), Chris Pratt made a behind the scenes video. In the video he reads a fake text from Steven Spielberg about being cast in Jurassic Park 4. Pratt actually was cast as the lead in the 4th Jurassic Park film (2015). 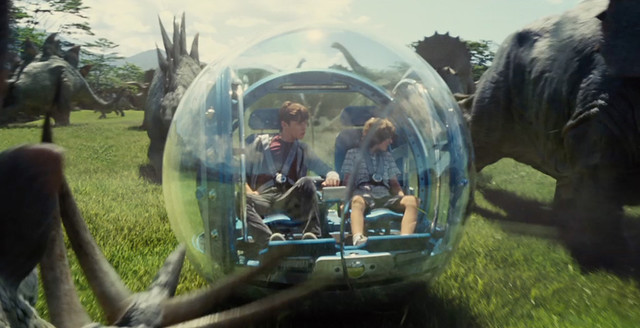 The gyrosphere was Steven Spielberg’s idea. According to Colin Trevorrow, then Spielberg “wanted to create a way for people to get up close and personal with the animals, to make it a self-driving, free-roaming experience. It loads on a track, but once you’re out there, you actually get to navigate around the valley”. 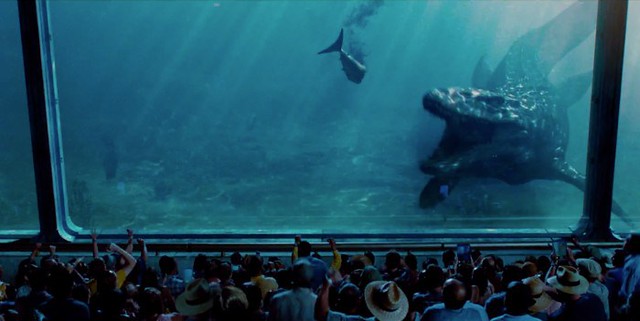 Colin Trevorrow came up with the idea of featuring Mosasaurus, the film’s main marine reptile and wanted the Mosasaurus feed on a shark in front of bleachers filled with park guests. Spielberg loved the idea but suggested that when the animal grabs the shark that the whole bleacher section submerge underwater using a hydraulic system so that the audience will be able to see the Mosasaurus feeding underwater. The moment where the Mosasaurus soaks 200 extras sat in the bleacher section was Colin Trevorrow’s favourite moment of shooting. 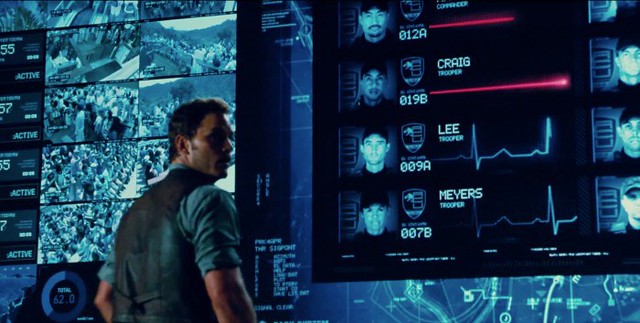 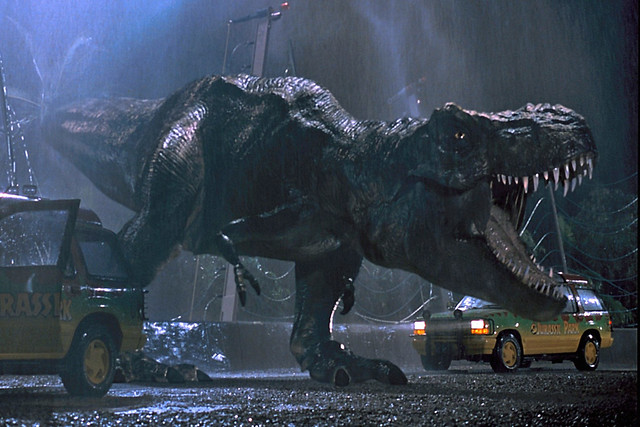 The T-Rex and Raptors, who are the primary enemies in “Jurassic Park, ” are now Dino-Heros in this movie. The first film in the Jurassic franchise in which the Velociraptors play a heroic role, and the first film in which the T-Rex plays a fully heroic role: not once killing a human. P.S. That’s the SAME T-Rex from Jurassic Park, it has the same scars. 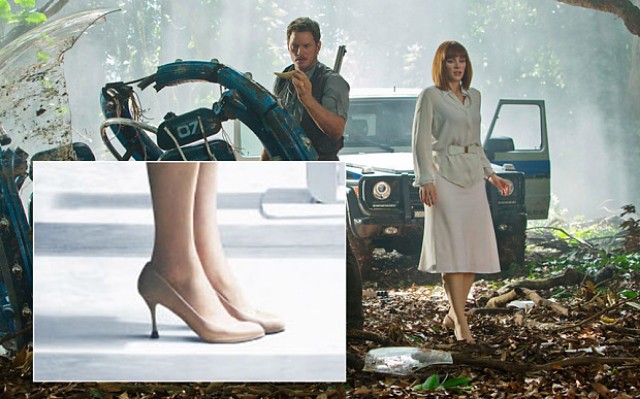 Bryce Dallas Howard (Claire) is seen running in high heels the entire movie. On an appearance with Chris Pratt on The Late Late Show with James Corden (2015), Howard said she did ankle exercises and “trained for running in heels as if I was in the Olympics.” Pratt then demonstrated how to run in high heels after the late night host, James Corden, surprised him with a pair of red high heels. 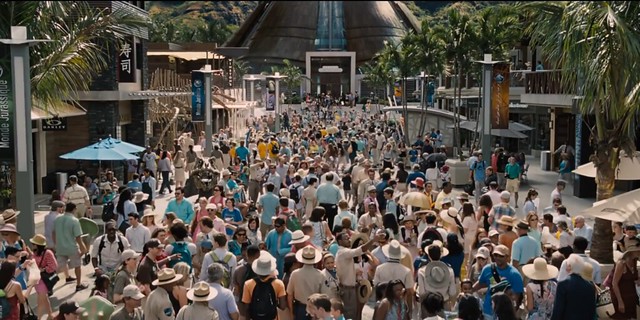 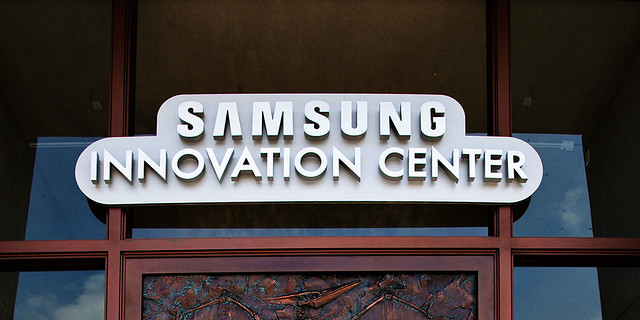