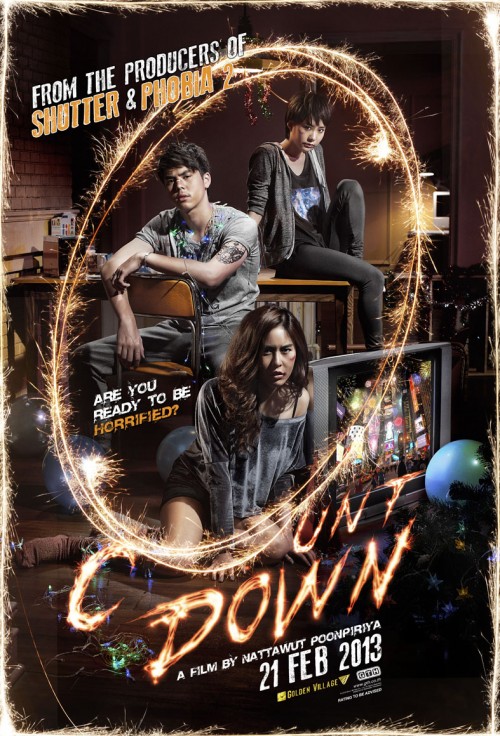 “4…3…2…1” no matter where you are, everyone in the world is looking forward to the countdown to New Years Day, which includes 3 Thai teens in New York City. They are roommates.

Jack is a rich kid from Thailand who lies to his parents that he’s in NYC to study, where in reality he is actually spending their money on a daily basis just to have fun.

Pam a materialistic girl who would do anything to impress others and finally, Bee, Jack’s girlfriend, who has yet to reveal to anyone why she came to NYC in the first place.

The 3 friends want to have a New Year Eve party to remember, so Jack calls Jesus, a drug dealer, to drop off some stuff to their apartment so they can celebrate the end of the year in style. They actually don’t know Jesus that well and don’t really know his background. However, his visit that night will change their lives forever.

“4…3..2…1” They are counting down without knowing for sure that their new day is going to be waiting for them….

Thanks omy.sg for the invite. I was expected horror (as in the ghost type) when I saw the drama, but this turn out to be a VERY sadistic type of horror. I didn’t mean it in a negative way, but I finally found a genre that is able to horrify me. There is no gore, but to me, psychological torture was worse then gore. 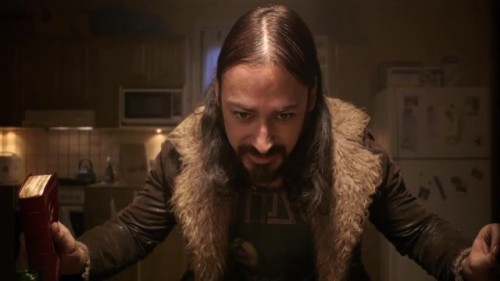 This “Jesus” drug-dealer guy definitely gave me a lot of surprises (or should I say shocks?), spouting out Thai language suddenly, using the lights as the iconic halo and… ok, I shouldn’t start giving spoilers. But he’s definitely one guy I wouldn’t want to be around. The scene where the devilish Jesus cornered the three in their bathroom and made them confess their sins, it’s enough to make anyone pee in their pants. And guess what, I was still horrified 2 hours after the film ends…

I gave Countdown Thai Movie a 4.5 out of 5 as it still managed to bring out laughter despite all the psychotic scenes. The film was able to make build up the excitement and audience’s anticipation at a steady pace, from little details like Jack’s old drug dealer painting the wall (it made me wonder if there’s a corpse in the wall, ya know, usual epic phone ringing in the wall scene); Jack getting a nail shooter (I was like… oh no..cham cham… someone’s gonna use that later!)…

So where did the remaining 0.5 point go? Perhaps, for scaring me so MUCH. Hmpf! Even till the very end when we thought it’s over!

This movie was aired on 20 December 2012, a day before the supposedly Doomsday, in Thailand. I think the drama will have more impact if it was aired in Singapore then!

*Disclosure:
Event invitation from omy.sg. No monetary compensation was received for the movie review.