Mysterious events keep happening in Luoyang (capital of ancient China Tang Dynasty): warriors wearing totem masks perpetrate crime all around the city; the fox outside the bar begins to speak human language; dragons on the column of the palace come alive; the Heavenly Kings in the temple show its angry face. Dee (Mark Chao) needs to solve the puzzles behind the mysterious cases, while facing obstacles from Empress Wu (Carina Lau).

My invitation was rejected when I tried to get one of my usual movie kakis to watch this movie, and the reason was – the trailer has too much special effects. That was one of my concern when I watched the 2010’s Detective Dee and the Mystery of the Phantom Flame starring Andy Lau, and the reason why I chose to give the seconds Young Detective Dee: Rise of the Sea Dragon a miss. With the invitation from Shaw to catch the third instalment, I thought I would give this Chinese franchise another chance. 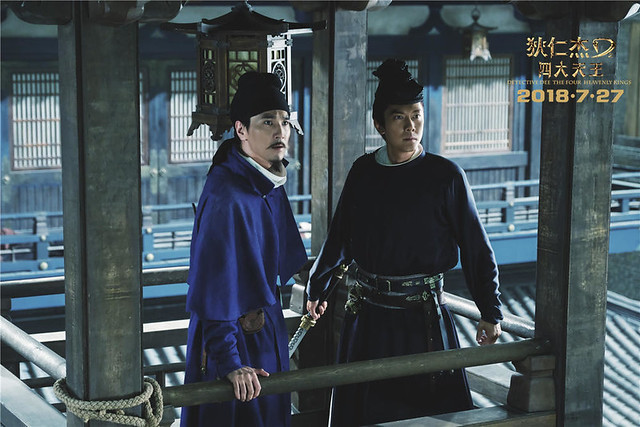 The film jumps into the action quickly. While it won’t be difficult to identify the individual characters, you should probably watch the “Rise of the Sea Dragon”, the first prequel of Young Di Renjie (Mark Chao) to understand and better appreciate the character dynamics between him and the different characters, such as Yuchi Zhenjin (Feng Shaofeng), Dr. Shatuo Zhong (Lin Gengxin) and Empress Wu (Carina Lau).

The Emperor Gaozong bestows on Di Renjie the Dragon-taming Mace after his feat in the previous film, giving him the power to subdue anyone threatening national security, even royalty. This poses a threat to Empress Wu, whom orders different group of people to confiscate or get rid of it. 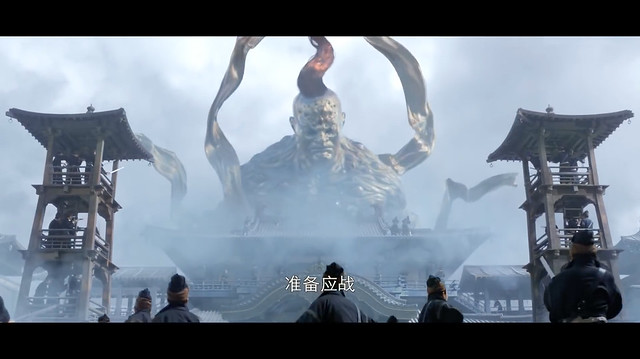 Surprisingly, I enjoyed the over-the-top special effects in “Detective Dee: The Four Heavenly Kings”. While it did not use it as well as Monster Hunt did, but the visual effects were used to represent sorcery and illusions, which made them logical and acceptable. The finale scene was epic and kept the audience engaged.

The chemistry between the three male leads were great, but what caught my attention was the comedic chemistry between Dr. Shatuo Zhong (Lin Gengxin) and the supposed-villain sorceress Water Moon (Ma Sichun). However, there were many expositions set for the sake of bringing the two characters together, such as their common language or even their same hometown. 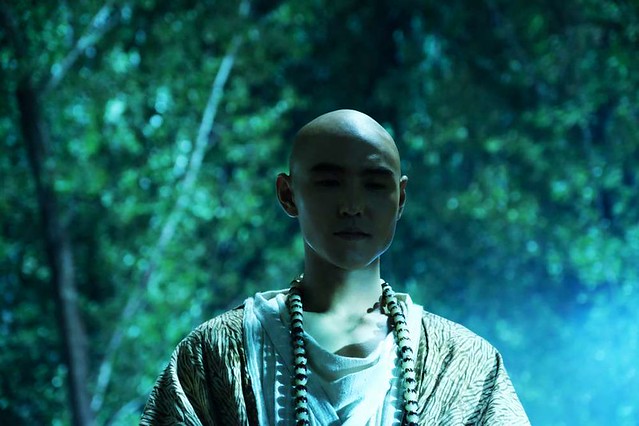 The subplot with monk Yuan Ce (Ethan Yuan) Feng was perhaps the part that left me the most bewildered. They were included without context, and together with Di Renjie’s odd illness that was caused by “inner demons”, we could easily removed the scenes and it still do not make any difference to the story. While the special effects made the visuals better, I would probably still prefer a solid mystery solving film any day.

The title was set as Four Heavenly Kings, as there were four outstanding male actors in the film: Mark Chao, Lin Geng Xin, Feng Shao Feng and Ethan Juan. 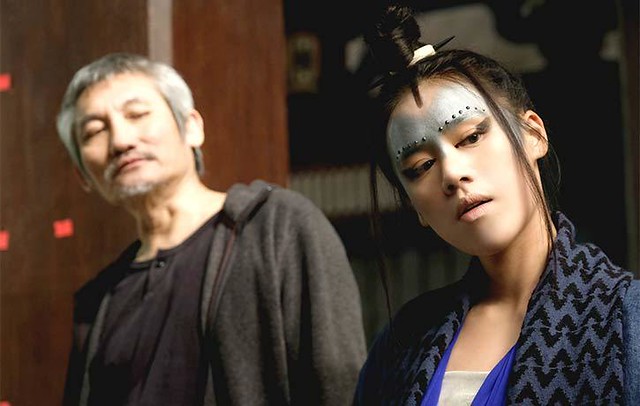 The script of this third film required almost the same amount of time it took the team to come up with the first. Tsui Hark delayed the production as he want to pull off what they didn’t manage to do in the first two films and had to ask playwright Chang Chia-lu to rewrite the script. He came up with “many new ideas” during productions, resulting in an increase in the cost of the film, but that Huayi Brothers’ founder and CEO Wang Zhonglei approved the new budget “based on his trust in Tsui to deliver a new hit”

Feng Shaofeng shared how the long waiting period between the second and third film got him worried that he might have been replaced by someone else.