Adrift Movie is based on the inspiring true story of two free spirits whose chance encounter leads them first to love, and then to the adventure of a lifetime. As the two avid sailors set out on a journey across the ocean, Tami Oldham (Woodley) and Richard Sharp (Claflin) couldn’t anticipate they would be sailing directly into one of the most catastrophic hurricanes in recorded history.

In the aftermath of the storm, Tami awakens to find Richard badly injured and their boat in ruins. With no hope for rescue, Tami must find the strength and determination to save herself and the only man she has ever loved. Adrift is the unforgettable story about the resilience of the human spirit and the transcendent power of love.

The cast for the movie was a huge attraction to me, when the Divergent star meets the one from The Hunger Games and Me Before You. Interestingly, Sam Claflin finds himself ‘bed-ridden’ most of the time in the film too. The film starts from the aftermath of the storm where Tami (Shailene Woodley) found herself in half sinking yacht. It flits to and fro to the time when she arrives at Tahiti with no aims and met Richard, and there the romance blooms. 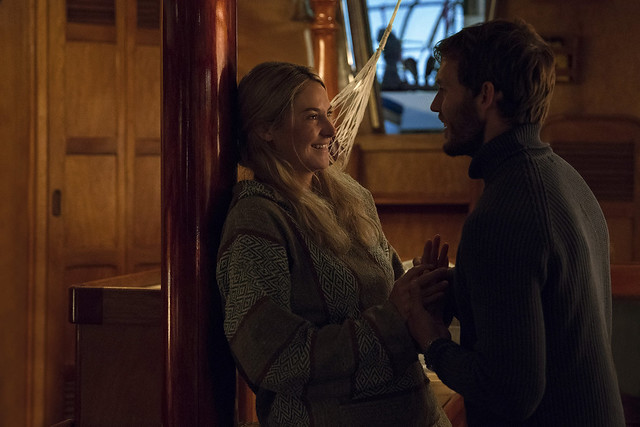 The frequent jumps made it difficult for me to feel the tension and the struggle for survival as it hopped from sweet romance to the Tami’s thalassophobic experiences. While attraction is usually hard to explain, the editing method made it hard for audience to grasp the sense of time as well as the reason both free-spirited characters fell in love.

However, the consistent edits gradually (and slowly) revealed the converging timeline and revelation to how the events took place. One might find the journey a tad too dragging but it could also be perceived as the memories Tami used to keep herself alive. 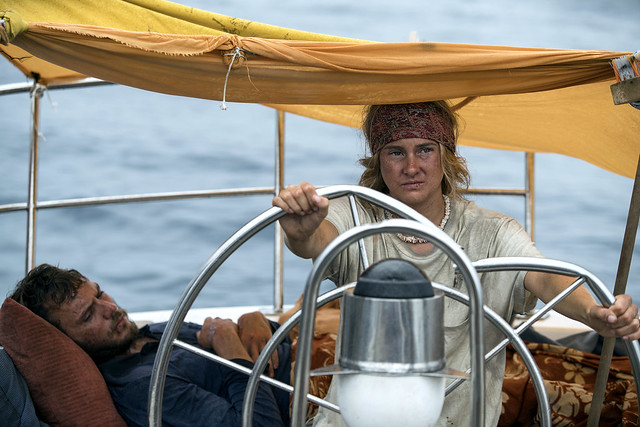 The survival theme reminds me of “The Mountain Between Us” in terms of filming location (one in the mountains and the other in the middle of the ocean), “Gravity” (getting lost and finding back the partner hint) and of course, “Life of Pi” (lost in the ocean but without so much CGI). Knowing that this film is based on real story before watching, it would probably impress you more. The climatic scene showing how the storm took place was horrifyingly amazing, the cinematography pulled the audience into the struggling yacht in the storm along with the characters, and honestly, the entire scene was a nightmare.

While Shailene Woodley had to hold most of the scenes herself, Sam Claflin was the anchor whenever the plot, or even when his co-character drifts. It was a tad disappointing as I left the cinema wondering if the film could have been slightly more intense if it was edited or presented in a chronological or less flitting way. 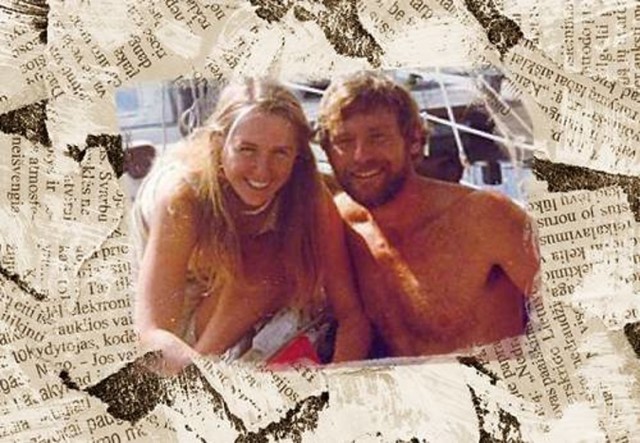 The film was based on true story, adapted from the book by Tami Oldham titled ‘Red Sky in Mourning : The True Story of Love, Loss, and Survival at Sea’.

Over 90% of the movie was filmed at sea beginning some days at 4am with a 2-hour boat ride from land and a daily shoot lasting up to 12 hours on water with no land in sight. There were times on the open sea when, except for the director and cinematographer, everybody was throwing up overboard due to severe seasickness.

Check out Adrift Movie Official Website and Facebook Page!
Adrift Movie is out in cinemas on 31 May 2018.