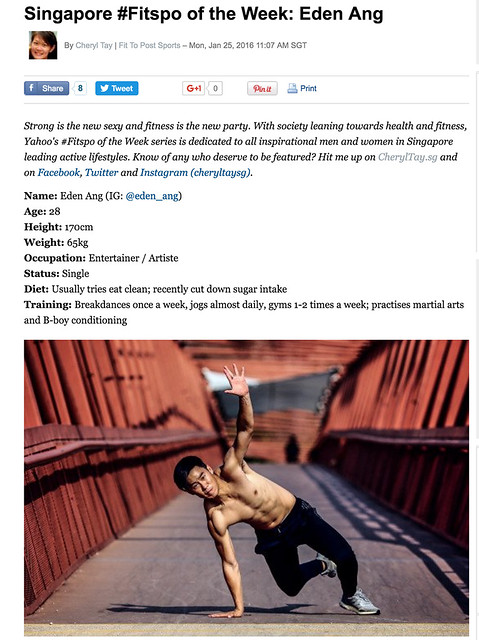 When the Singapore #Fitspo of the Week featuring Eden Ang was out, friends who knew that I was working with him messaged me asking if “the six-pack abs were real”. I couldn’t help but roll my eyes, because if anyone has been following him on social media would be often updated with his active lifestyle. 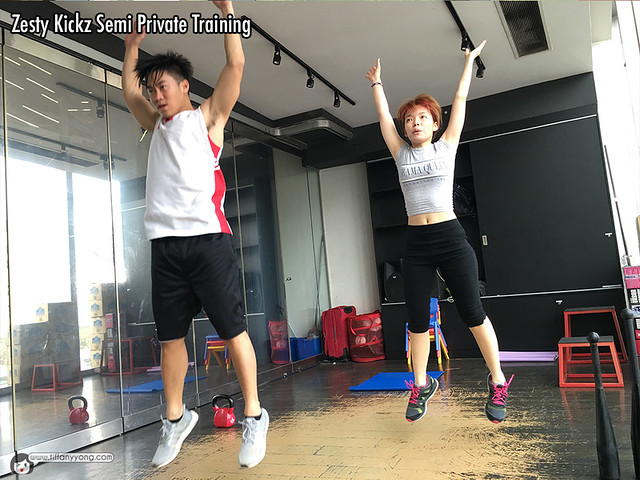 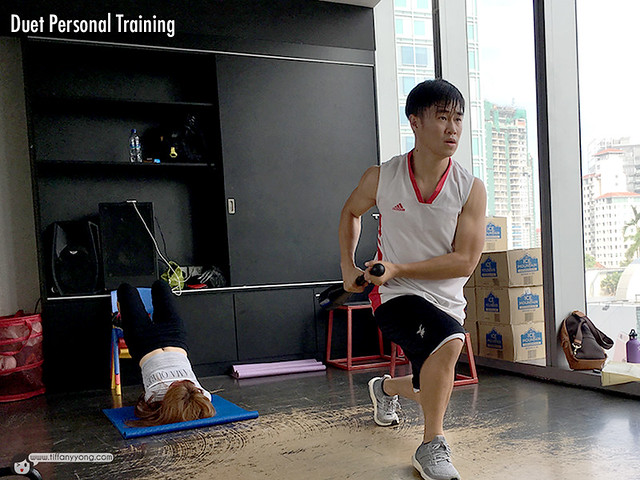 Similar to my weekly ladies-only Shape N Tone classes I have with Zesty Kickz, this is a half hour cardiovascular interval training, an exercise strategy alternating short periods of intense anaerobic exercise with less-intense recovery periods. As Eden has a irregular work schedule and limited free time(plus he’s a guy), he went for private training sessions with Vinz instead. 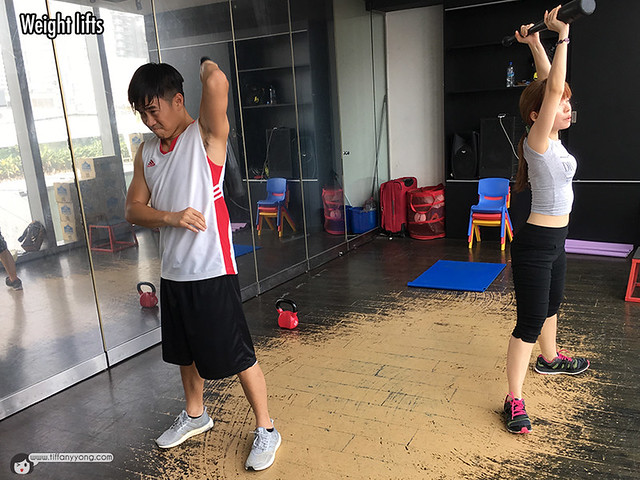 The training sessions were either held at Recognize Studio in Orchard Central or outdoors at stadiums or gymnasiums. The exercises varies every session. There would be 6 different types of medium or high intensity exercises involving weights or stretch bands where we have to do for 1 minute, followed by 30 seconds of recovery or cardio exercises like high-knee jumps or burpees. 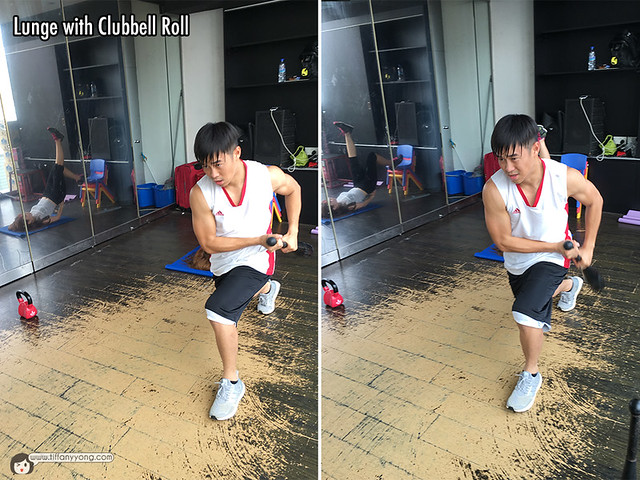 HIIT is suitable for anyone who wants to burn as much fat as possible, minimise fat gain or to increase aerobic and anaerobic endurance significantly.

Aerobic exercise such as cardio, jogging and cycling enhances respiratory and circulatory efficiency by improving oxygen consumption while anaerobic exercises like isometric holds, sprinting, and high-intensity weightlifting, does not require oxygen to generate force. Anaerobic movements use fast-twitch muscles for short bursts of intense activity lasting only brief durations of time. 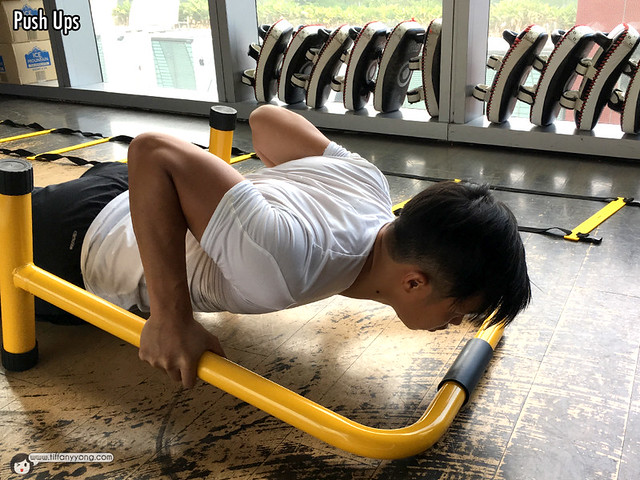 According to a study at Laval University in Quebec, “Canada found that HIIT cardio helped trainees lose nine times more fat than those who trained the traditional way (moderate speed for 20-60 minutes).”

This regimen will be able to produce fast results in a short period of time, as it do not allow the body to go into a steady state and has to adjust itself to the irregular speed, hence higher intensity and fat burning. 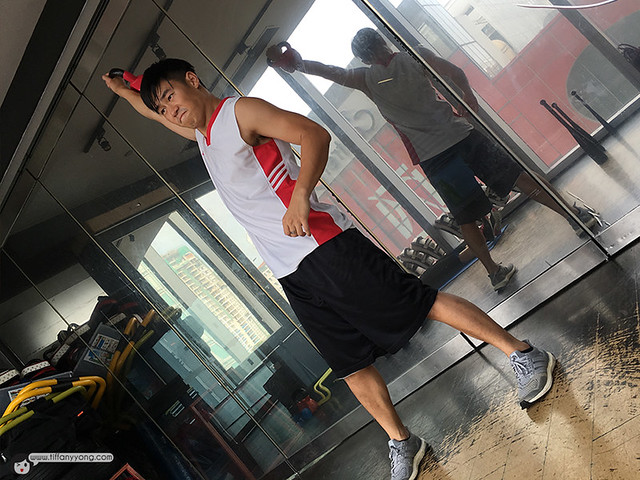 HIIT requires high level of motivation and there will be moments where you wonder why did you get yourself into this “extreme torture”. But no pain no gain, to get a fabulous bod, you’ve got to put in the equivalent amount of effort! If it doesn’t challenge you, it doesn’t change you! 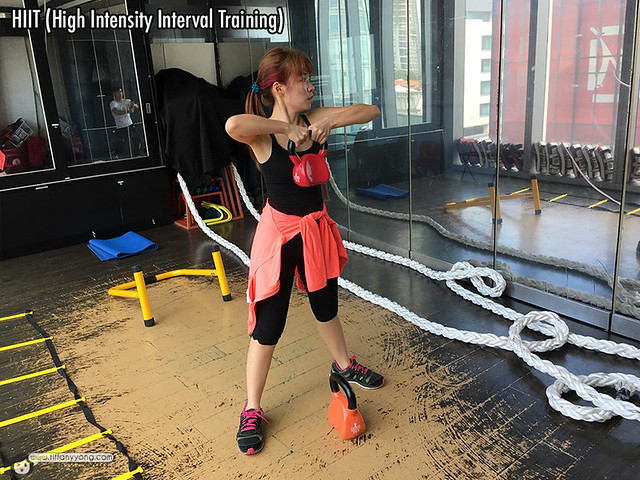 I used to prefer Zumba, but after working out with Vinz, I find this training method is more efficient. While dancing to music is fun, I prefer working out intensely for half an hour to achieve similar results. HIIT is considered to be much more effective than normal cardio because the intensity is higher and you are able to increase both your aerobic and anaerobic endurance while burning more fat than ever before. 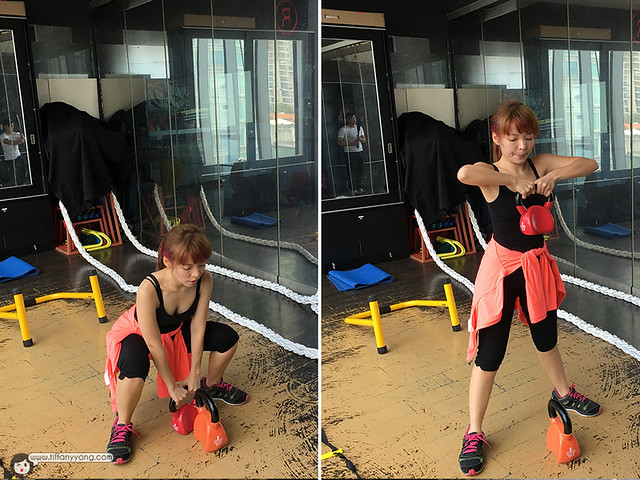 Also during the private training, my moves were guided and corrected by Vinz if I ever lift a weight incorrectly or do an exercise in a way where I might injure myself. These trainings can be held privately (solo) or in small groups. 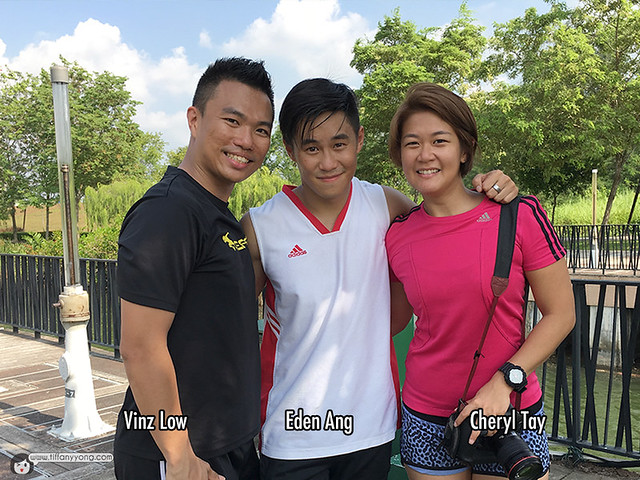 After days of eating clean (and some grumpiness from the lack of sugar), we have finally reached the day of the photoshoot with Cheryl Tay from #RockTheNakedTruth. She was featuring Eden Ang on Yahoo’s #Fitspo of the Week series – a column dedicated to all inspirational men and women in Singapore leading active lifestyles. 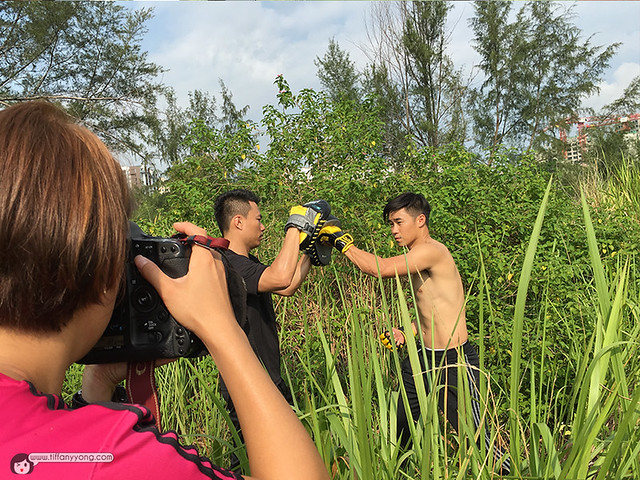 The shoot took place really early in the morning in a park (anyone know where this is?). 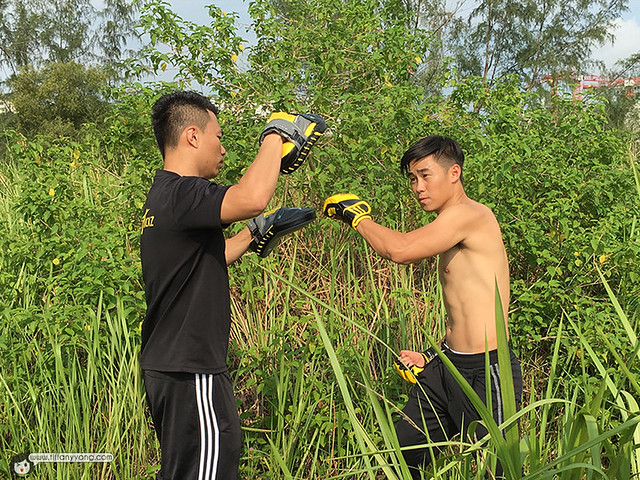 Vinz from Zesty Kickz came to help Eden with some of the poses and photoshoot too. 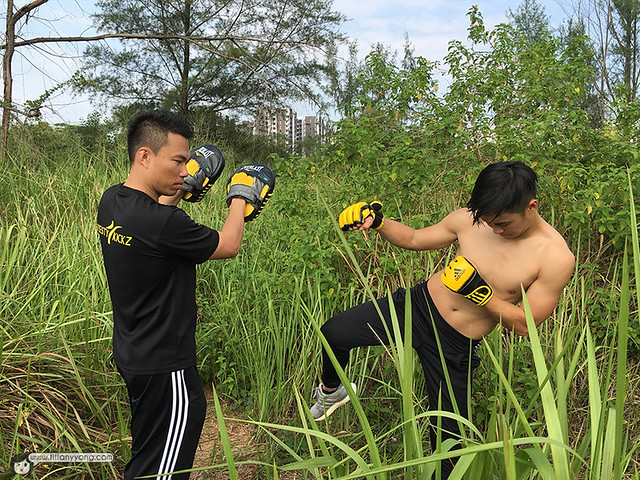 People often envy those with nice abs and good figure, but they don’t see the hard work these people put in to achieve that. So it’s time to do something today that your future self will thank you for. Don’t procrastinate to make amazing changes to your own body and health! 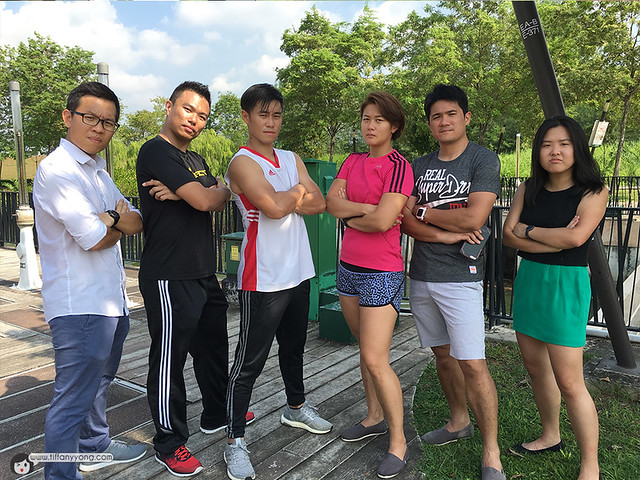 #RockTheNakedTruth is a body image movement initiated by Singaporean sports and fitness photojournalist Cheryl Tay to inspire others to find confidence in their bodies through fitness, as well as encourage them to take care of their body well. To find out more, check out her website!

Zesty Kickz is a fitness school founded by Vinz Low focusing on personal training and kickboxing to individuals and small groups. If you are interested to find out more about the classes, check out his Facebook Page.
Quote “Tiffany Yong” to receive exclusive rates for the classes 🙂

Remember, the only bad workout is the one you didn’t do.