Woes of a Chinese Language Tutor

I bumped into my Chinese teacher from school some time back, and while catching up, I realised that I’ve been tutoring for nearly 6 years. Six years is equivalent to my whole primary school life, it’s the number of years I took to complete my GCE A’ Levels and my Bachelor’s Degree… (starting to feel old)

I used to teach Mathematics and Science, but as years go by, more and more parents are referred to me, requesting Chinese lessons for their kids. Then I noticed a trend:
1) These kids come from a English speaking family.
2) They don’t watch Chinese dramas.
3) Some of them had China tutors beforehand.
Some of these kids have a phobia for Chinese while others gave reasons like “I don’t like my Chinese Teacher” or “Chinese is a silly language, no one speaks it in school except my Chinese Teacher”. They seem to be adopting the mentality of “I don’t like it, hence I can’t do well in it”. 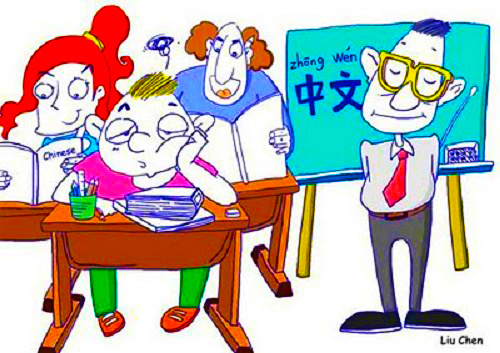 I wonder, is that the reason why Singapore’s bilingual education policy isn’t working? Looking back, I wondered when did I actually started doing well for my Chinese exams. As the eldest of the four, from young, I always had the impression that I have to do well in everything so as to set a good example for my siblings. This was the mindset my mum instilled in me, and I was driven by the motivation to do her proud, so that she will not “lose face” in front of her friends (who loved comparing results and achievements for leisure).

Perhaps it was because of this attitude, somehow, I could do well in my studies as long as I set my mind to it. You might thinking (and rolling your eyes, at this point of time, if you are as cynical as me), who can’t? Everyone can do well as long as they set their mind to it! But you’ll be surprised that this doesn’t apply to the new age kids!

When I was teaching Speech & Drama classes in primary schools, some kids simply “switch off” mentally every time they feel that they don’t like that particular subject or activity, and they stop trying because they feel that they can’t do well.
P.S. I used the word “feel” because many of my students’ attitude tend to change for the better once they gain interest in the subject.

So how do I even get my kid to be interested in Chinese?

This is one of the most frequently asked questions that the parents want to know, and to be truthful, this is a question I am always trying to solve! As every kid is different, I always customise my lesson plans (be it Chinese or other subjects) according to the character and learning habits of each tutee, so there’s no one fixed solution to this question. But recently, I think I might have found something that might help cultivating children’s interest in Chinese Language. 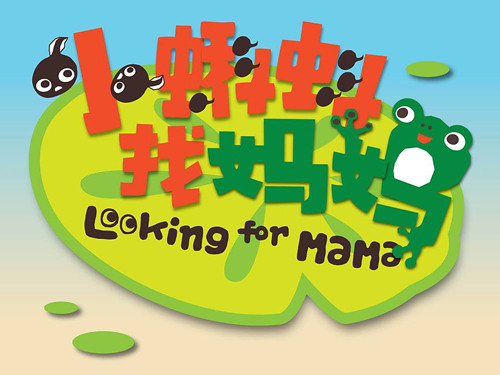 This all began when I was invited by Paper Monkey Theatre to catch one of their Chinese production, called “Looking For Mama” at Goodman Arts Centre. As it was a performance meant for 5-7 year old kids, I brought one of my tuition kids, Ashley, to the show instead of my friends (Haha, one of the benefits of being my tutee :P) so that I can get a more accurate review of whether it was good. Ok, I got to admit, it’s killing two birds with one stone, for I get to see if the show can help to generate her interest in Chinese language. 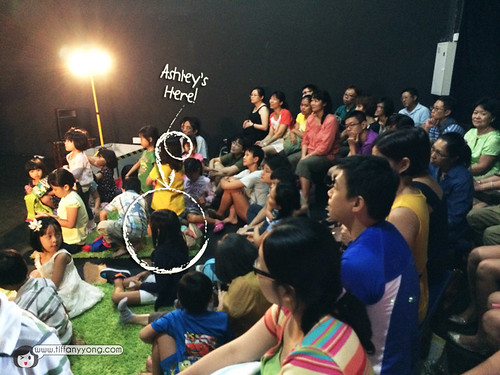 The show made used of handcrafted puppets (both 2D and 3D) to narrate the adventures of a little tadpole in her search for her mama. Before the start of the performance, there were some interactive activities like simple songs and slogans to prepare the little audience and get them warmed up for the skit. 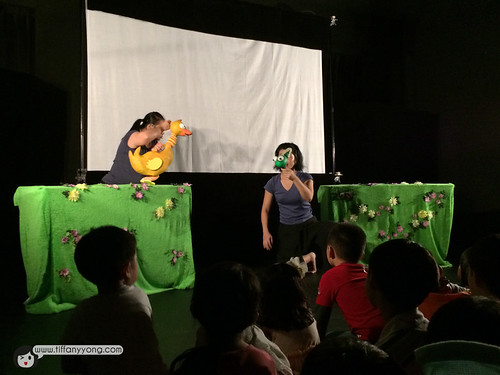 During the 40 minutes skit, while the kids were captivated by the adorable 3D hand-puppets and the shadow puppetry, as well as the easy-to-learn songs created by Benjamin Ho, director of “Looking for Mama”; I was amused by how some of the kids were taking the show very seriously, urgently warning the little tadpole how the ducks and goldfish were not his mother. 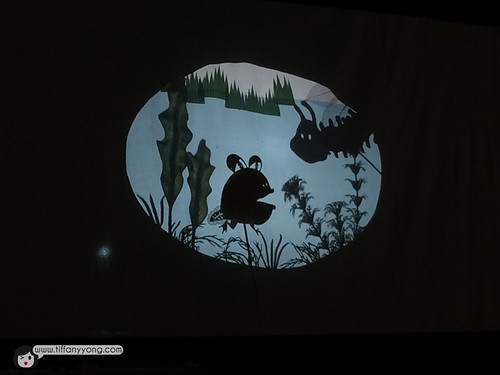 Shadow puppetry is an old tradition and have a long history in Southeast Asia, it reminds me of the childhood times when I used to make animal shadows using my hands under the bed sheet with a torchlight with my cousins. Nowadays, the new age kids’ past time have become iPads and Computer Games, gone are those days where the kids have to use their coordination and imagination to past time. So exposing them to such ancient (yet new) form of storytelling and entertainment can help re-generate their interest in Chinese Language. 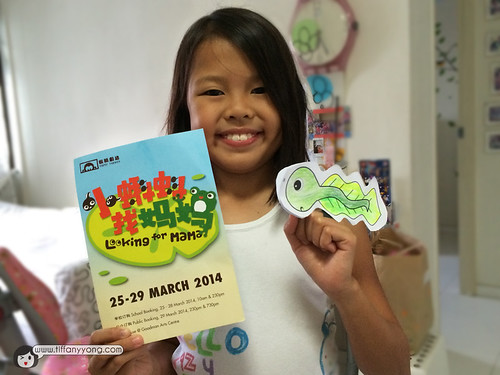 After the show, the kids also have a take-home paper craft where they get to make their own tadpole puppet. Initially, I thought the show will be a tad too simple for 10 year old Ashley, but I was surprised when she said that she liked the songs and performance. She even asked me to work on her own modified script, titled “Butterfly Finding Friend”.

Cultivating Interest in Chinese Language is a Long Term Commitment

As the Chinese proverb goes, “欲速则不达 Haste makes waste”, learning a language is not something you can do in three months or so, let alone getting a child to excel a language he dislike in half a year! So rather than piling your child with tons of assessment books and practice papers, why not cultivate his interest and make him work hard (willingly) for it? 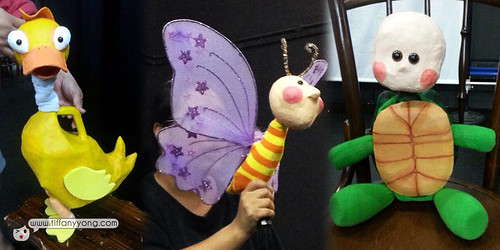 Do you know that these puppets were made from materials we see in our daily lives, such as spatula, mayonnaise bottle, socks etc? Sometimes, making simple but creative puppets and making up stories can help develop one’s creativity, henceforth the interest in the language.

The Next Major Production is 《封神榜之哪吒》 The Legend of Nezha out on 11th July 2014!
Ticketing website: http://nezha.peatix.com/

This article was meant to be a reflection from the years of tutoring, and the invitation to the “Looking For Mama” coincidentally came in time for me to include it in the article. To all parents sharing similar problems, do share your solutions and troubles, and to every other readers out there, if you have any other great solutions, feel free to share by typing in the comment box below!

*Disclosure:Event invitation from Paper Monkey Theatre. This is a non-sponsored post.

19 thoughts on “Paper Monkey Theatre: Can They Revive Kids’ Interest in Chinese?”