Once upon a time, an undercover agent with a dragon tattoo, Kowloon (Max Zhang), continually helped the police to solve mysterious cases, and he was known as a rising star. However, his impulsive personality caused him endless troubles. He got himself into fights with a Macau detective (Kevin Cheng), as well as an American army veteran, Alexander (Anderson Silva), who has a secret relation to Kowloon’s background…

P.S. Backdated review. This was a review that I nearly gave up writing. But thanks to the Circuit Breaker in Singapore, I decided to return to all my draft articles and complete them so that I can clear my “debts”

Both Peps and I had very high expectation because it’s a film starring Zhang Jin. We both felt that he is an actor who was very much under-appreciated and it’s time that he got noticed. Yes, we started noticing him in Ip Man 3 as Cheung Tin-chi, and later on in The Brink and Master Z: The Ip Man Legacy. We were rather disappointed with the 2 films, and still wish to keep our fingers crossed for Invincible Dragon. Sad to say, this is as good as Donnie Yen’s Iceman 2, ok, it’s an exaggeration, but it’s no better. 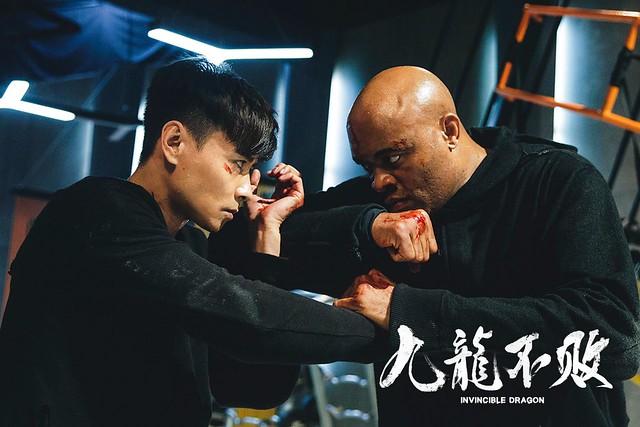 It’s gonna be quite a ramble, so pardon me.

The film started out pretty ok, where the characters’ personalities are very obvious. I was hoping there will be some sort of character arch or twist, but I was disappointed. It was very obvious who was the criminal from the start, hence it lacked the mysterious and crime-solving excitement one would like while watching a classic Hong Kong police-thief movie.

The performances were very much exaggerated and there were plenty of plot-holes in story.

To give some credit, the main character Kowloon has a very interesting character premise. A main who tattooed a nine-headed dragon onto his body after seeing one when he was young, believing that this dragon will helped protect him. However, the director spoilt it when a special effect dragon really appeared at the end, making this film more ridiculous than ever.

tl;dr An action film where characters are good/bad for the sake of plot movement, where action scenes are done because it needs to be called an action film, and the plot was so awkward that it made the actors’ performance underwhelming. 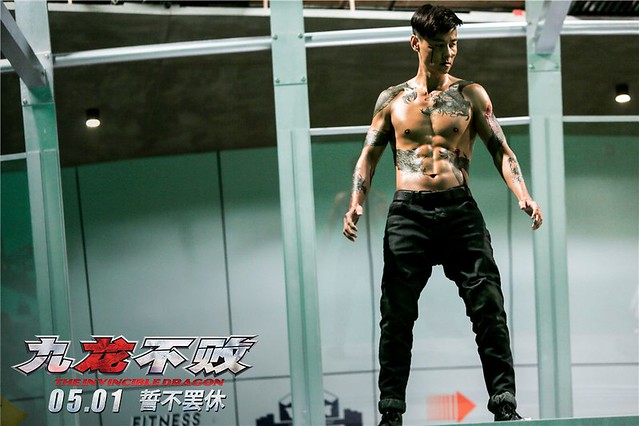 The tattoo on Zhang Jin required near 2 hours to apply and remove, and it was often damaged due to the intensive fight scene as well as the abrasion from the t-shirt.

In the final fight scene, Zhang Jin had to wait in the cold weather from 5pm till the next day 7am with blood (syrup) and glass bits makeup on his body before the filming start. He could not wear clothes due to the special effects makeup, hence he had to keep working out to keep warm.

Anderson Silva often got too engrossed in the action sequences and damaged a lot of the filming scenes. He once hit a pillar until the structure nearly collapse.

There was a scene where a nail got very near the eye-ball, for realism, Zhang Jin requested for real nails to do the close-up filming.

Annie Liu (刘心悠) who acted as a Psychologist who had breast cancer before, had to use “popiah” (aka spring roll) skin to wrap and cover her chests. She had to control her breathing and not laugh out loud to prevent the skin from dropping.