THE PHANTOM OF THE OPERA MUSICAL 2019 REVIEW (SINGAPORE)

I loved Leslie Cheung’s 1995 “The Phantom Lover” (夜半歌聲), which was a strong adaptation of The Phantom of the Opera. So when I got to know that the musical is coming to Singapore, I was really looking forward to the source of inspiration! 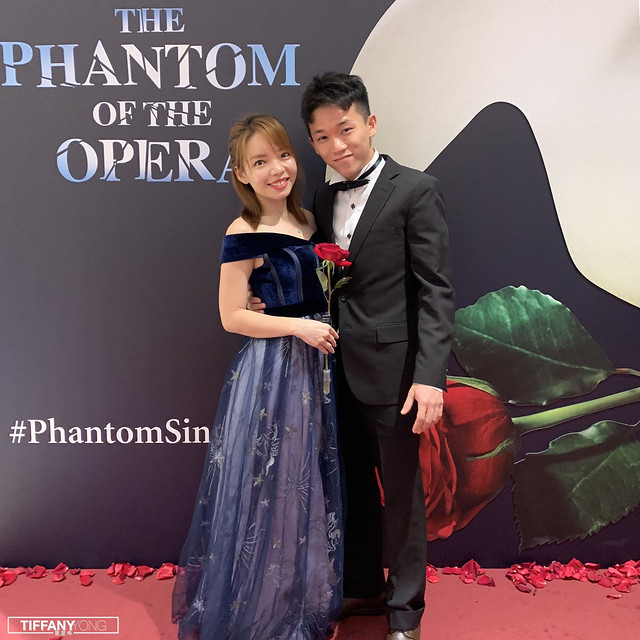 The Epiphany Duplet also got to play dress-up for the gala premiere!

THE PHANTOM OF THE OPERA MUSICAL SYNOPSIS:

THE PHANTOM OF THE OPERA tells the tale of a disfigured musical genius known only as ‘The Phantom’ who haunts the depths of the Paris Opera House. Mesmerised by the talents and beauty of a young soprano – Christine, the Phantom lures her as his protégé and falls fiercely in love with her. 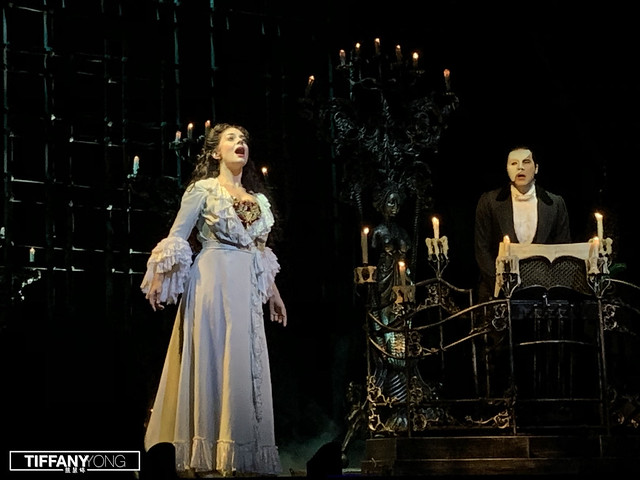 Unaware of Christine’s love for Raoul, the Phantom’s obsession sets the scene for a dramatic turn of events where jealousy, madness and passions collide.

THE PHANTOM OF THE OPERA MUSICAL REVIEW:

Based on the classic novel Le Fantôme de L’Opéra by Gaston Leroux, I was amazed by the magnificent set and beautiful costumes during the Media Preview. It made me look forward to watching the full performance.

My favourite scenes were the ones with the chandelier. A musical is different from a film as it is not able to use Special Effects and camera angles to bring out the action. Here, with the combination of the lightings, music and performance of the cast, we were given an opportunity to immerse in the experience from the characters’ point of view. 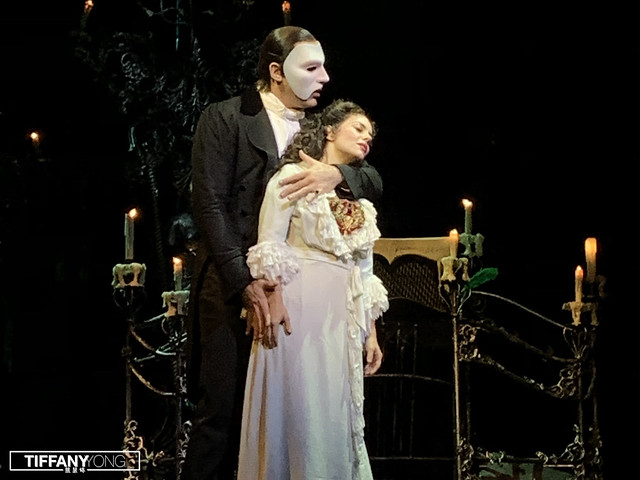 However, unlike most musicals (that I’ve watched), this is a very classic piece where it includes opera. If this is your first time watching The Phantom of the Opera, you might find it difficult to catch or understand the lyrics, especially during the harmony. However, I was still captivated by the Phantom’s (Jonathan Roxmouth) performance, where his love-turn-obsession for Christine (Meghan Picerno) was painful yet beautiful. 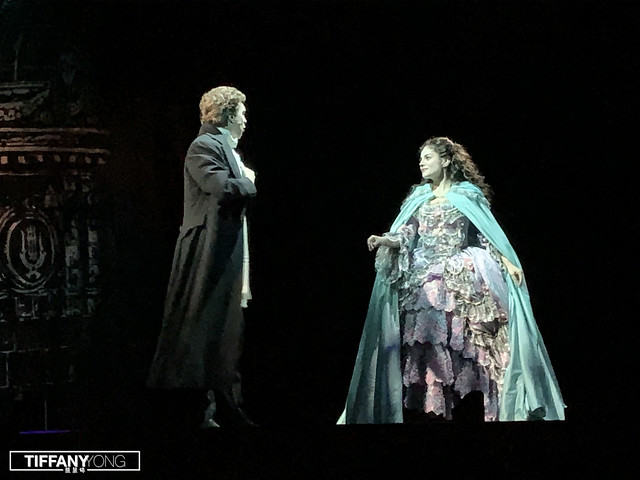 Meghan Picerno, who plays Christine was an amazing singer. Her powerful soprano vocals gave me goosebumps during the scene when she was trained by The Phantom. If there’s a bone to pick, it will definitely be the pacing of the plot. It was fast and made the love, be it between Raoul and Christine or The Phantom and Christine, a little too frivolous and unbelievable.  However, watching the Phantom of the Opera musical definitely made me want to catch the film next!

Catch the run before the season ends!

Andrew Lloyd Webber’s most famous musical is also one of the most successful in entertainment history, playing to over 145 million people in 150 cities across 30 countries. It is the longest-running show on Broadway when it celebrated its 7, 486th performance, surpassing the previous record holder “CATS”. The Phantom of the Opera had its 13, 000th performance in January 1, 2018 after 30 years. It has won more than 70 major theatre awards, including seven Tony Awards and four Olivier Awards, including one for Best Musical. 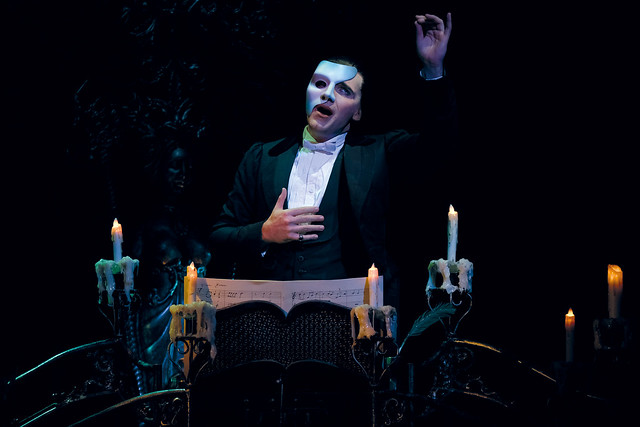 Jonathon Roxmouth who plays The Phantom also played Gaston in Beauty and the Beast (Teatro, Johannesburg/Artscape, Cape Town). His grandfather Christopher Alexander Berryman taught him how to conduct to the cassette of the original London Cast Album of The Phantom of the Opera and this performance is dedicated to his memory. 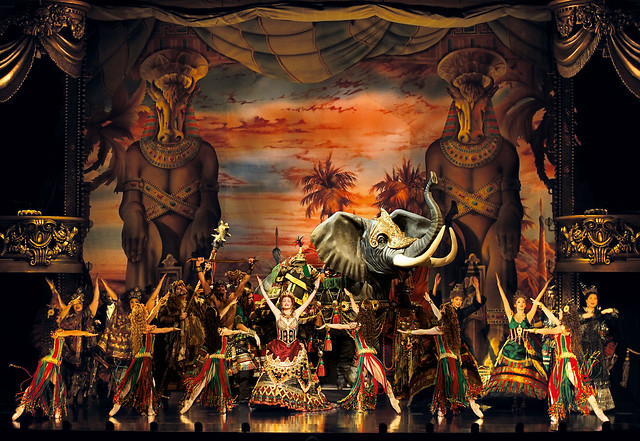 The 37 strong international cast is joined by a full 11-piece live orchestra playing some of Lloyd Webber’s most memorable music. There are 22 scene changes, 281 candles, 230 costumes, 250kg of dry ice and 48 chandelier bulbs used for the show.

SHARING: THE PHANTOM OF THE OPERA MUSICAL SOUNDTRACK

THE PHANTOM OF THE OPERA MUSICAL CAST: 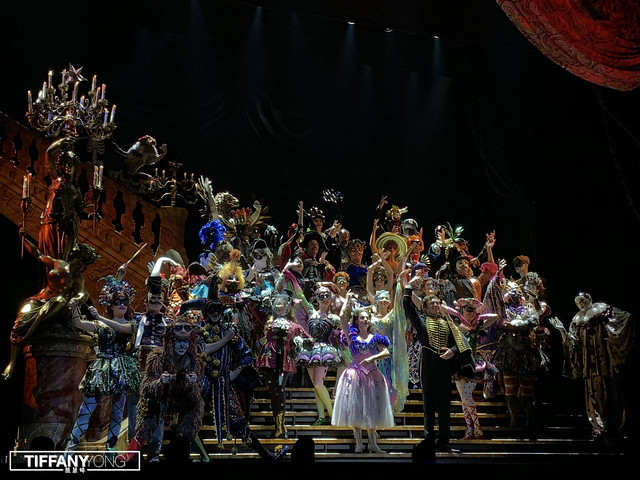