They Shall Not Grow Old (WWI Documentary) Review | by tiffanyyong.com

They Shall Not Grow Old (WWI Documentary) Synopsis

Using state of the art technology to restore original archival footage which is more than a 100-years old, Jackson brings to life the people who can best tell this story: the men who were there. Driven by a personal interest in the First World War, Jackson set out to bring to life the day-to-day experience of its soldiers. After months immersed in the BBC and Imperial War Museums’ archives, narratives and strategies on how to tell this story began to emerge for Jackson. Using the voices of the men involved, the film explores the reality of war on the front line; their attitudes to the conflict; how they ate; slept and formed friendships, as well what their lives were like away from the trenches during their periods of downtime.

Jackson and his team have used cutting edge techniques to make the images of a hundred years ago appear as if they were shot yesterday. The transformation from black and white footage to colourised footage can be seen throughout the film revealing never before seen details. Reaching into the mists of time, Jackson aims to give these men voices, investigate the hopes and fears of the veterans, the humility and humanity that represented a generation changed forever by a global war.

They Shall Not Grow Old (WWI Documentary) Movie Review:

This is probably one of the rare films that allow millennials to have a glimpse of how the people behave and look like in the past. I wasn’t sure what to expect when I first sat in the theatre. 10 minutes into the film, I was wondering if I made a correct decision coming to watch the film. There was no structure narrative, I struggled to understand where the documentary is bringing me. 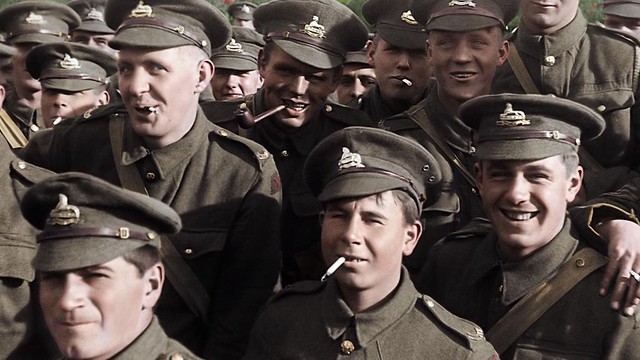 But soon, I was captivated. This was very unlike any films or docu-drama I’ve watched. You will see the countless un-named soldiers colorised and brought to life, right before our eyes. It felt real and the documentary seem to have preserved their existence. Back then, videography is something rarely seen, a videographer at war is almost like a monkey in a zoo. The soldiers can’t help but look at the camera as they marched past, that had recorded their responses and emotions during those times (in 1914) unknowingly. 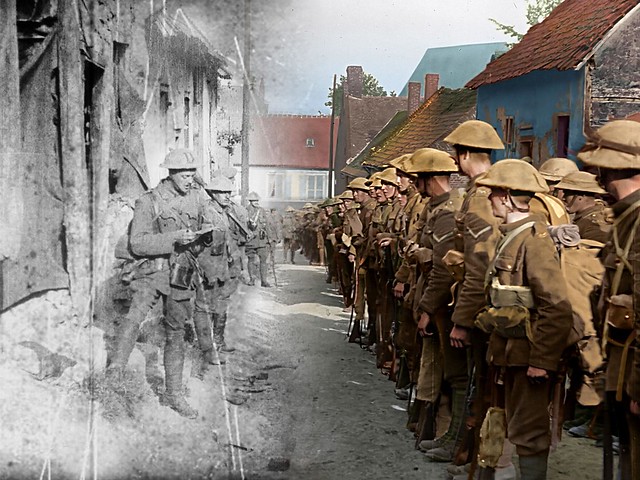 It was an immersive experience, and the unconventional presentation of the historical moment tuned the audience from watching a documentary to something… more personal and more narrative. I can’t help but felt angry at how countless young men were being conned into war. They were all excited, smiling for the camera, wanting to go on this “adventure” with their friends, thinking that it will only last for weeks. 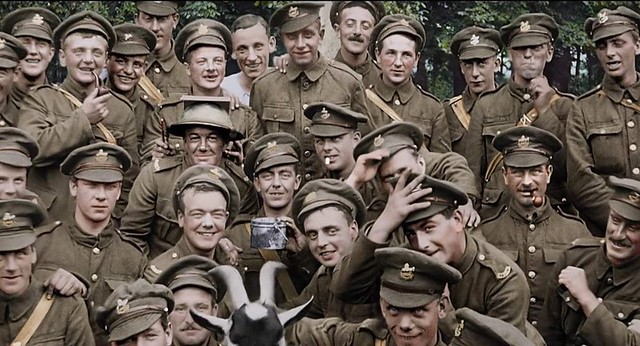 The camaraderie were real, but same for the horror of war. The audience were not spared from the horrifying gun fire, explosions and dead bodies. The broad smiles and awkward movements in front of the camera were huge contrast with the rotten teeth (I mean, who goes to dentist during war back then!) and brutal events. It made me wonder if they have any idea back then what they were doing and were going through.

The impact of watching “They Shall Not Grow Old” is long-lasting, and kudos to the team for bringing these un-named war heroes and victims back to “life”, giving the audience a chance to be transported back to the 1914s to have a taste of the environment they were in.

The title was inspired by the line “They shall grow not old, as we that are left grow old” from the 1914 poem “For the Fallen” by Laurence Binyon, famous for being used in the Ode of Remembrance. 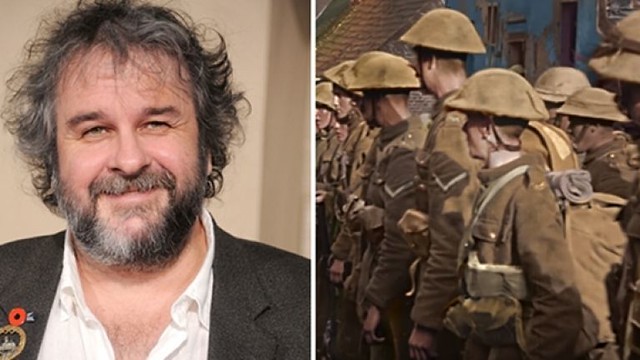 Peter Jackson did not receive any fee for the film. His own paternal grandfather, Sgt. William Jackson, to whom the film is dedicated, was British and fought in World War I. J.R.R. Tolkien, author of The Hobbit and The Lord of the Rings, the film of which Peter Jackson directed, also fought in the Battle of the Somme.

The crew took a year to review over 600 hours of interviews with over 200 soldiers, and 100 hours of original footage of World War I from the Imperial War Museums’ archives, most of it previously unseen, alongside audio from BBC and IWM interviews of British servicemen who fought in the conflict. Most of the 100-year-old footage has been colourised and transformed with modern production techniques, and the team employed forensic lip readers to help produce new audio with the addition of sound effects and voice acting to be more evocative and feel closer to the soldiers’ actual experiences. These were done for free, just to get the museum’s “archive in better shape”.

It was a deliberate choice not to identify the soldiers or battlegrounds as that would ground the film in too many facts and slow it down. Instead, the desire was to make this about the experience of being a soldier.

Peter Jackson decided not to use narration as one might expect for such a documentary. Instead, he wanted audiences to hear the voices of real soldiers who experienced the conflict first hand.

The original footage was shot back in the 1910’s before the ability to synchronise sound and pictures had been invented. At the time, the film was advanced by the cameraman turning handle at a roughly constant speed, whereas to synchronise with sound, a constant-speed clockwork or electric motor is needed. Consequently, every single sound effect was added later. 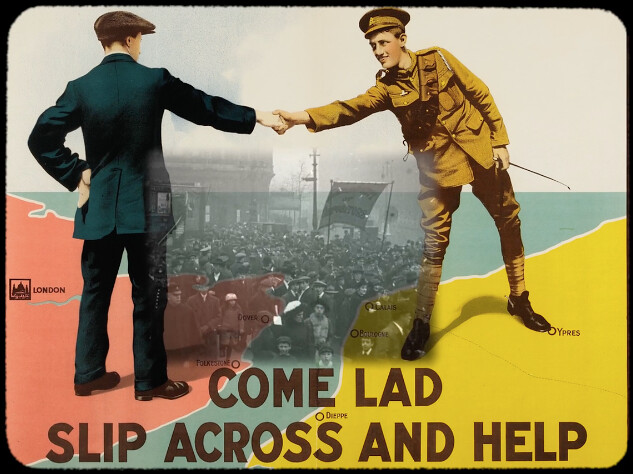 Peter Jackson was determined to present in the documentary only vintage film and artwork from the period and to not cheat by staging re-enactments. Given that, he was uncertain how to depict the intense hand to hand fighting in the trenches, of which there exists no footage. Jackson fortunately had a collection of a serial magazine The War Illustrated, with dramatic pencil sketches of combat, and those illustrations were used in the film. Because these sketches were drawn during the war, Jackson was pleased to maintain period authenticity. The one challenge was that the pictures were propagandist in nature, depicting the British soldiers as valorous and the Germans cowardly in combat at odds with what is said by the testimonies in the documentary. The drawings had to be cropped to avoid the more outlandish jingoism.