Set during China’s three Kingdom’s era. The story of a great king and his people, who will be expelled from their homeland and will aspire to claim it. The King, violent and ambitious, of mysterious methods and motives; his general, a visionary who yearns to win the final battle but needs to prepare his plans in secret; the women of the palace, who struggle to find redemption in a world where they have no place; and a commoner called “Lord of the World”, will be the character around who turn the inexorable forces of this story.

The movie reminded me very much of “The Assassin“, and upon watching it, I was glad to say, the film was indeed as artistic, and very much more entertaining. Starring real-life celebrity couple Deng Chao and Sun Li, I was quite doubtful as their previous works had been nothing short of garbage. This time, coupled with the China Running Man’s team member, Zheng Kai, as well as Lu Han’s girlfriend, Guan Xiaotong, Director Zhang’s choice of casts intrigued me. 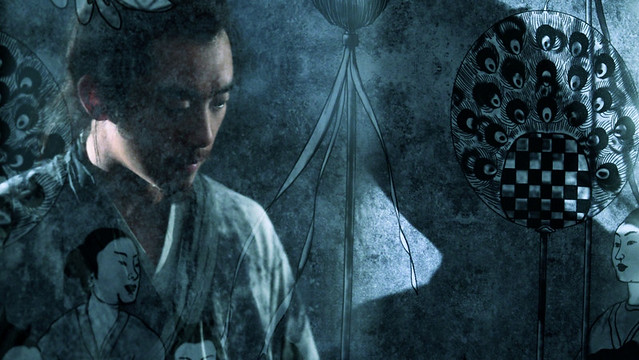 Every frame a painting, this is not just the name of a particular Youtube channel which The Epiphany Duplet follows, it’s also the phrase to describe this stylistic film. The film art takes inspiration from several Chinese elements, from the Chinese ink, paper umbrella, the Taoist yin and yang symbol etc. The pacing was slow, perhaps a tad slow for audience who are used to the fast-paced blockbusters, but in return, the audience are able to appreciate the elegance and beauty of the moving pictures.

The plot combined the historical events of “Three Kingdoms” as well as the common use of a body double, aka “Shadow” to safeguard the wellbeing of important people to display the political world of deception and crafty manipulation. I was happy to see Hu Jun, the actor of one of my favourite heroes, Qiao Feng from Jin Yong’s Demi-Gods and Semi-Devils (天龙八部) taking the role of General Yang. I was surprised how the director played with the characters, making the supposed-enemy a upright general, while within the Pei Kingdom, the king and officials had to put against one another. 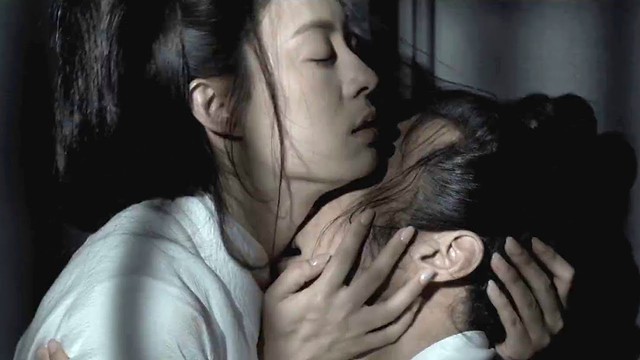 The love triangle between Sun Li and her two “husbands”, both acted by her real husband was beautiful. The director was able to bring out the wife’s dilemma without words, her intelligence through a simple “dance move”. He also brought out Commander Yu’s cunningness and obsession with martial arts, as well as Jing Zhou’s secret love for his pretend wife cleverly.

While the film doesn’t give one the adrenaline that we get from watching an action film, it showed the conditioned audience how beautiful a martial arts film could be, and bring the attention to the twisted tale instead.

The filming process of this movie was also recorded as a documentary titled 《我在中国拍电影》(Filming in China).

In this film, Deng Chao had to take on 2 roles, and the characters have a 20kg weight difference. He has to work out a lot before the production start, and lose weight quickly near the end of filming.

Check out (影) Shadow Movie Official Website and Facebook Page!
Shadow Movie (影) is out in cinemas on 11 October 2018.