In 1990s, South Korean military intelligence agent with code name ‘Black Venus’ is assigned to infiltrate North Korean nuclear facility. Disguised as a South Korean businessman working on a collaborative project with North Korea, he manages to win the trust of North’s ruling class, but a larger political scheme lies ahead.

The Epiphany Duplet loves Korean historic films. Taxi Driver and 1987: When The Day Comes were unnerving, and when we enter the cinema, we thought we would be receiving another dose of suspense and finger-biting political thrill. It was interesting how the recent works, both Herstory and The Spy Gone North avoided the winning formula and provided the audience with a fresh perspectives. 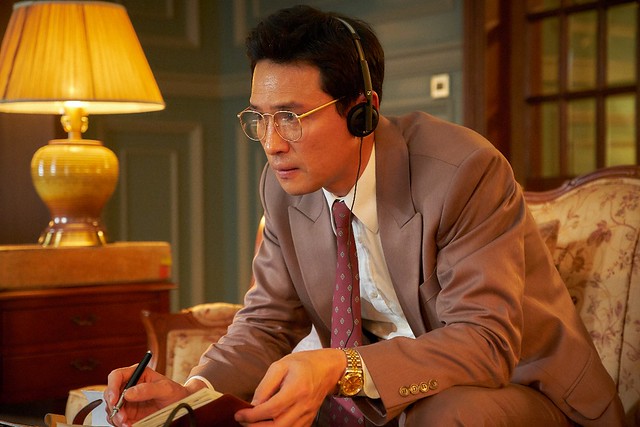 I remembered Hwang Jung-min from The Battleship Island and The Wailing, his role as the spy “Black Venus” seem ‘boring’ to the audience initially, with almost no violence in the film. But as the plot continues, he was able to bring viewers through his dilemma, his concerns and his doubts as a spy with his micro-expressions and natural charm. In contrast to his straight-forward character, Cho Jin-woong as the director of South Korea’s National Intelligence Service (NIS), surprised me with his multi-faceted character. 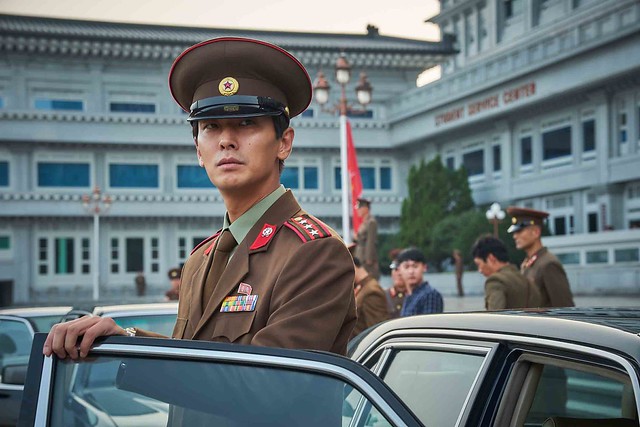 A huge departure from his charming and comedic character in Along with The Gods II, Ju Ji-hoon is now a cold and ambitious North Korean military officer. While he did not play as big a part in the film, his character still provide some insights to the audience, that perhaps, the power game was not within the veteran after all. 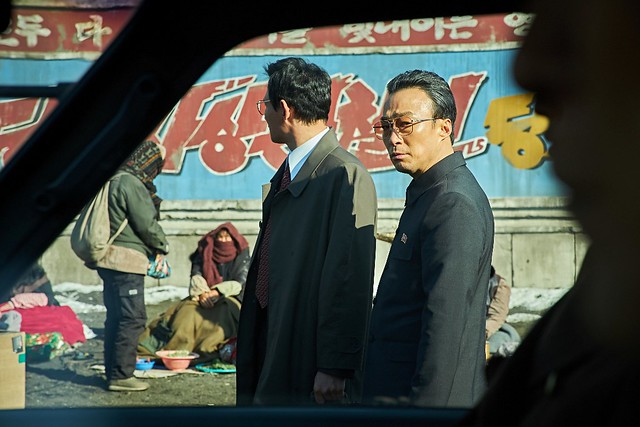 My favourite character is perhaps Lee Sung-min’s Rim Yong-un, Director of North Korea’s External Economic Council based in Beijing. As the representative of North Korea, he came across as intimidating, or even villainous to the audience. The director gave us another surprise with the humane side of the man from North Korea. I was glad to see that this isn’t one of those shows which tried to stereotype the North Koreans.

I’ve got to be honest here. The film started off pretty slow ( I doze off a little) during the narration. The film demands concentration as we figure out the characters. I like how the film didn’t try to dramatize the “spy-work”. There were loads of thinking, planning and talking. However, it all paid off, and the silent yet emotional end was definitely worth the time.

Some parts of the film that are set in Beijing and North Korea were filmed in Taiwan.