Based on the inspiring true story of the women in the “Shimonoseki Trial”. Set in 1991, Moon Jeong-suk (KIM Hee-ae) is a hard-hearted successful businesswoman who is initially indifferent to the women of an anti sex-slavery movement. But she has a change of heart when she discovers her long-time helper BAE Jung-gil’s (KIM Hae-sook) past as a comfort woman for the Japanese during World War II.

This sparks Moon’s determination to seek justice for 10 former comfort women, beginning an uphill legal battle against the Japanese government that lasted six long years. Finally, in 1998, they face the verdict of the Shimonoseki trial.

There is no typo in the movie title (in case you are wonder), the film is named “Herstory”, playing with the word “History”, hinting the female-centric focus of the story. This was one of the rare films where I teared after watching the trailer. The movie tells the real-life story of 10 Busan-based former sex slaves “battling” against the Japanese government from 1992 for six long years. 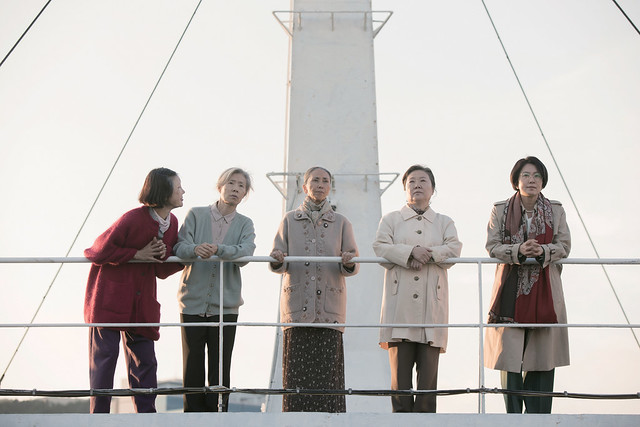 Kim Hae-sook is a familiar face for anyone who had ever watched Korean drama (think first ever K Drama Autumn in my Heart), and together with Kim Hee-ae as the head of a tour agency, the ladies set the tone of the film nicely. All the ladies contributed to the film with their memorable and unique personalities, getting the audience to remember them as a human being who had suffered in the past rather than an actor acting out the plot.

What impressed me the most was how the film did not include any flashbacks, something that would probably help the audience empathise with the women. I thought this increased the realism of the film, and it allowed us to understand the stories of these women through their narration, just like how the media and government did back in 1992. The film did not try to paint the Japanese in a bad light, a huge contrast as compared to most war-time films. 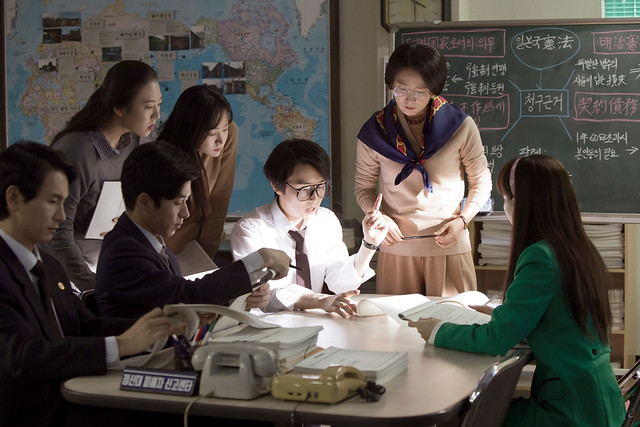 The movie also provided a hint of what the victims went through, be it outright ostracising or refusal to do business with them by the both Japanese and Koreans who refuse to believe the ugly truth. It hurt, but this kind of bullying is still prevalent in the current society. “Herstory” provides a refreshing yet enlightening take on a historical event, one that we should watch to learn to look at things from different perspectives.

“It’s shameful that I eat and live well, when other victims are left behind. It has long been a huge burden deep in my mind ever since I heard the story of the late Kim Hak-sun, the first woman to come forward in 1991 and testify in front of both Korean and Japanese juries about the plight that the so-called ‘comfort women’ had to go through,” shared Director Min Kyu-dong on why he made the film.

The survivors had to travel back and forth between Shimonoseki and Busan for the lawsuits against the Japanese government and testified in a total of 23 cases. The ladies partially won a case in the court initially, but the Tokyo government immediately appealed and overruled the court’s decision. As a result, the survivors ended up without any apology or compensation. However, as they won the trial (partially) for the first time in history, all lawsuits filed by survivors were dismissed before them. They also won legal recognition for the first time that they must be compensated by the current Tokyo government for their enslavement and suffering. 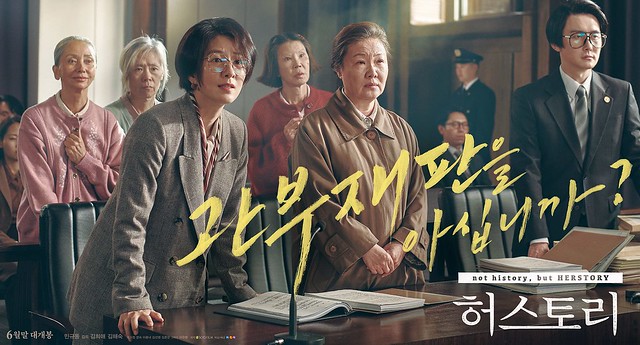 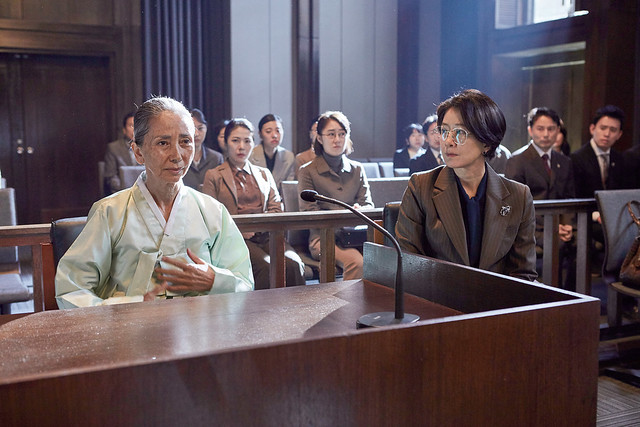 51-year-old actress Kim Hee-ae (right) find this film a “big challenge” in her 35 years of acting career as she had to speak both Busan dialect and Japanese. The courtroom scene when she had to translate for the elderly Korean women. She practiced Japanese so hard that she was sometimes haunted by nightmares.