The Big Day (简单的婚礼) Movie Review | by The Epiphany Duplet

When An Shu Yu, a free-spirited diving instructor, says “Yes” to Xu Nuo Yan, a modern funeral director, she imagines a simple, peaceful wedding. But the reality is just the opposite!

From overbearing in-laws, to oppressive loansharks, to a jealous best friend, to a house on fire and a funeral on the wedding day itself, Shu Yu and Nuo Yan’s love for each other is tested by family, foes and fate. Will their wedding be the event that brings them closer or tears them apart?

Tiffany Yong: The Epiphany Duplet was looking forward to watching this movie, as it is pretty much a relevant topic for any couples who are planning to settle down. Having worked with Amber An in the upcoming Jack Neo movie “Killer Not Stupid” as well as Desmond Tan in Channel 8 TV drama, When Duty Calls (卫国先锋), Peps had nothing but praises for the two actors. These got me curious to how the two actors will perform in this romantic comedy. 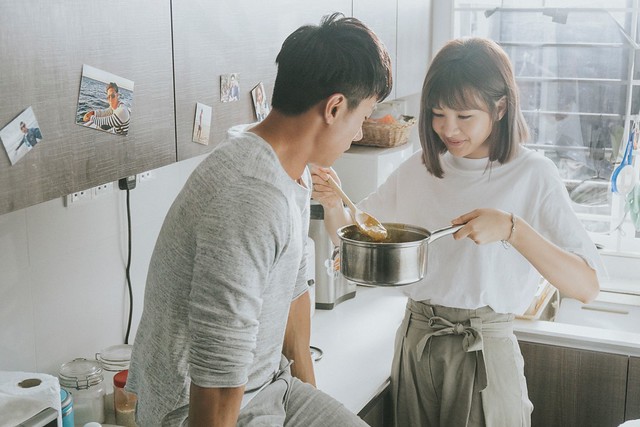 Peps Goh: I really like some of their creative transition ideas, one of which was the use of drowning expression and water CGI in a wedding dinner to transit to a flashback rescue scene. It was fun to watch, cleverly executed and economically planned. They had also ventured to pull off a couple very impressive long one take shots with tricky blocking and lengthy dialogue exchanging between the actors.

Tiffany Yong: The main problem with the film was the lack of cohesiveness in the whole script if played out in chronological order, as the series of unfortunate events that happened on the wedding day aren’t exactly real problems. Luckily, this was made less obvious by the clever editing where the sequences of the events were jumbled up. Although the plot does feel a little forced in places, it is saved by the great chemistry of the main leads, Desmond and Amber. 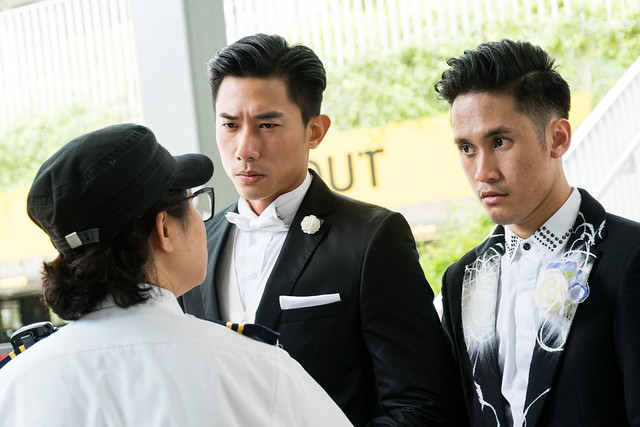 Peps Goh: A few other impressive performances worth mentioning is Hirzi Zulkiflie’s energetic performance. Hirzi stole the limelight as Wira, the pessimistic but funny best man and emcee of the wedding. As he had an impressive entrance (long take), it gave me high expectations for Wira to jump in to salvage the terrible moments during the dinner, so when the character did not do so, it was a slight let-down for me. 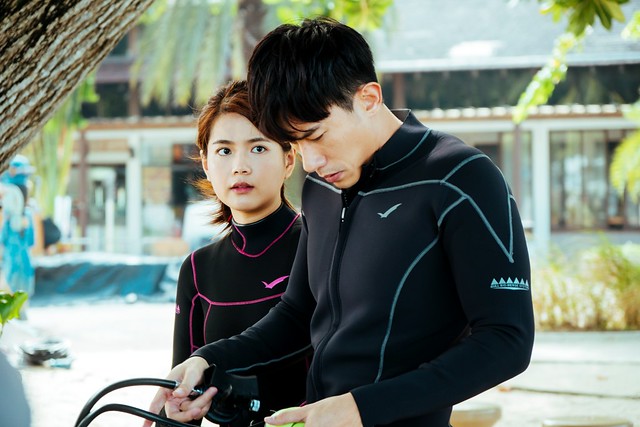 Peps Goh: Also, Geraldine Gan as Jojo, the girl who had a secret crush on Xu Nuo Yan, had done impressively well to portray a tricky role and emotional range. Both of them had helped allow the audiences to remain well immersed in the story despite the few loose plot-lines left dangling, and foreshadowing/build ups left insufficiently paid-off through the span of the film.

Tiffany Yong: There were several hit-and-miss moments where the punchline could be strengthen if the plot was further elaborated, such as the unexplained debt issue An Ba Wang (Michael Huang) had, the out-of-the-blue explosion in the bungalow, as well as the little detour in between the tea ceremony and wedding dinner that did nothing much to jeopardise their wedding. While the story did not really give me the “I can totally relate to this” punch, this is still a pretty big jump from director Lee Thean-jeen’s 2014’s horror flick Bring Back the Dead (招魂). Kudos to the great cast which held the story together! Look out for the touching tear-jerking confession by An Shu Yu which helped resolve the estranged father-daughter relationship!

This is the first time Taiwanese artiste Amber An acted in a Singapore featured film. Her second upcoming film “Killer Not Stupid” directed by Jack Neo is a Singapore-Taiwan collaboration project. 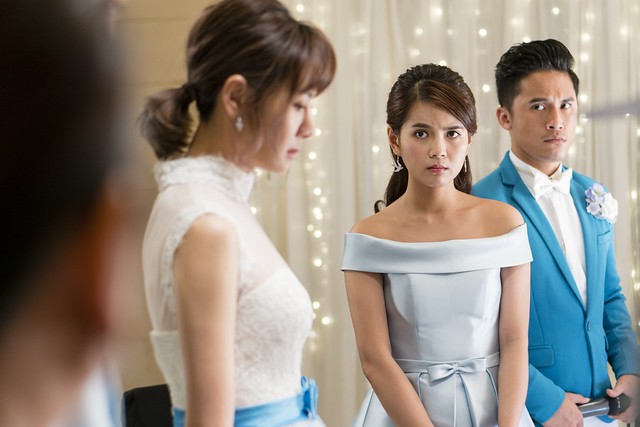 This is the first time Malaysian singer Geraldine Gan and Singapore Youtube influencer Hirzi Zulkiflie acted in a featured film.