In the epic finale to the Maze Runner saga, Thomas leads his group of escaped Gladers on their final and most dangerous mission yet. To save their friends, they must break into the legendary Last City, a WCKD-controlled labyrinth that may turn out to be the deadliest maze of all. Anyone who makes it out alive will get answers to the questions the Gladers have been asking since they first arrived in the maze.

I hope that I wasn’t not the only one, but I have pretty much forgotten what happened in Maze Runner: The Scorch Trail. But I DO remember that The Death Cure was a difficult read. It took me ages to finish reading the book, perhaps because I’m not really used to sci-fi dystopian genre. 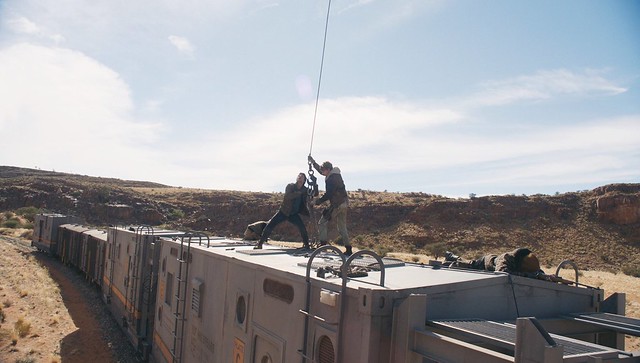 The Death Cure opens with Thomas (Dylan O’Brien), Newt (Thomas Brodie-Sangster), Brenda (Rosa Salazar), Frypan (Dexter Darden) and Jorge (Giancarlo Esposito) in the middle of a train heist, as they try to rescue Minho (Ki Hong Lee) from WCKD. I don’t remember reading about this in the book, but the over the top heist dropped you straight into the story, without reminding you who’s who.

So yes, it will be good to refresh yourself with the first two films prior to watching this. I managed to pick up the details along the way, and if the Death Cure Movie is the first Maze Runner series you’re watching, you will probably not know what’s going on. Well, right now, you might be thinking, shucks, is this going to be a bad film then? Well, be surprised, I thought the film did a great job on the action sequences and the comradeship + brotherhood between the characters. 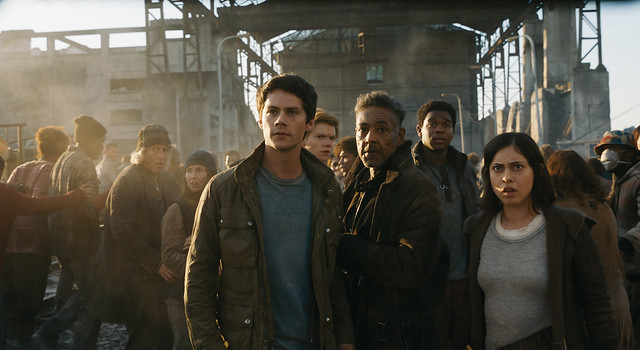 While the first two films had the characters escaping from monsters like Grievers and Cranks, the third was more about WCKD. It was interesting how there was an odd ambivalence amongst the characters’ motives. WCKD seem like the bad guys for trying to use the immunes against the Flare virus, yet their actions were to save lives. The main characters were basically trying to prevent doctors from curing a virus that’s killing off the human race. The Death Cure Movie is basically Thomas’ answer to the trolley dilemma, a question emphasized in Snowpiercer too, “Would you sacrifice one person to save the lives of many?” Here, Thomas will rather save the life of his good friend Minho than to save the lives of the human. That moral ambiguity is the most interesting part about the story, adding depth to the otherwise over-the-top action flick.

Thomas Brodie-Sangster impressed me with his Flare infected-rendition of Newt, and his chemistry with Dylan O’Brien’s Thomas was able to touch the audience. But if anything, it’s the production team I have to applaud for their spectacular set piece. I loved The Hunger Games: Mockingjay and enjoyed The Divergent Series: Allegiant, but I had to admit, the action and thrills in Death Cure Movie surpassed the two threequels. 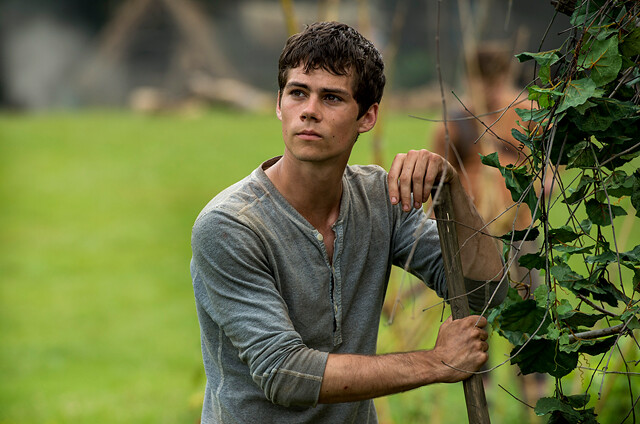 On March 18, 2016, it was reported that actor Dylan O’Brien was injured on set and was hospitalized. O’Brien was run over by a vehicle in a car scene gone wrong, leaving him with a concussion, facial fracture, and brain trauma among his injuries. James Dashner announced via Twitter that the production was postponed after the accident. It was said that the producers were “looking to” resume filming around mid-May. According to the Directors Guild of Canada’s production list, the film was scheduled to resume filming on May 9, and complete principal photography on July 26. However, on April 29, 2016, production was shut down indefinitely as O’Brien’s injuries were more serious than previously thought. Production resumed in February 2017.