The film is adapted from the best-selling Japanese novel “The Miracles of the Namiya General Store” by Keigo Higashino (writer of The Devotion of Suspect X). Three orphans on the lam take refuge in a derelict dime store and find time barriers shattered when they receive a letter seeking advice from 1993.

Tiffany Yong: You couldn’t imagine how excited I got when I know that China has produced their very own version of Namiya movie. I enjoyed the Japanese version back last October, but knowing the main cast of this film made me want to support it more. So here’s our two cents worth on what’s good and bad about the Chinese rendition!

Peps Goh: It was difficult not to compare the films as we’ve just watched it a few months ago. But before comparing it, I’ll try my best to talk about it as a standalone piece. This film had the intentions to deliver a heartfelt piece delivered through a rhythmic pacing. It fairly succeed in those endeavours. The film had also featured solid acting from the casts all around, and that helped to deliver a lot of the emotions over to the audience.

If you are familiar with the Taiwanese or China actors, this will definitely help you in rooting for the characters as the unfamiliarity with the Japanese actors got me a little lost for moments during the original film. Moreover, the screenwriters for the film has also added Chinese flavours and culture into the story, and this helped in making the story more relatable. 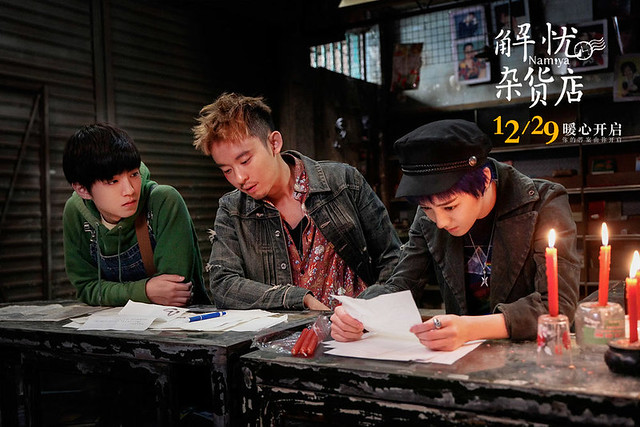 Tiffany Yong: So besides the language and culture, the main difference between the two films was the cinematography and the editing.

For the Japanese adaptation, each plot was masterfully woven into each other like a precious silk, the pacing staggered but building strongly, and when the emotional momentum build to the brim, the payoff really hit me hard. However, the pacing of this film felt dislodged. Each mini-arc was segmented into their own chapters, much like how a book would be. While (admittedly) this helped give each character their screen time and made each story clearer, what that ended up doing is also to have the climax of each story happen on very separate portions of the film. And with the emotional payoffs spaced so widely apart, the emotions didn’t build enough to really touch that tender spot of the heart. 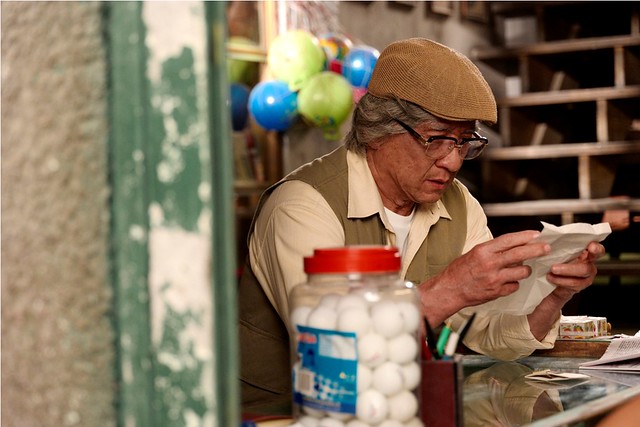 Tiffany Yong: Jackie Chan plays Mr. Namiya, a character that made me bawl in the Japanese version. This is one of the rare films where he did not have to fight nor have any action stunts. While he acted brilliantly, the scripting changes turn the character from the main lead to a supporting character, reducing the impact of this extraordinary man. On the other hand, the three orphans were changed to two male and one female, and this decision made the characters much more significant and memorable than the Japanese version. Each character had a unique personality which differentiate from one another as compared to the predecessor where I can’t recognize who’s who even until the end of the film. 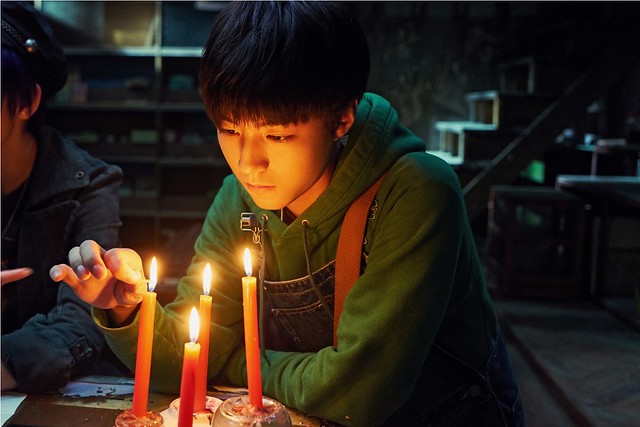 Peps Goh: The cinematography of this film is good most of the time. But when it came to the more adventurous shots, it had failed to translate its purpose and meaning across the silver screen. Most of it felt done for the sake of it without any real visual artistry to it. Whilst the long takes of the Japanese rendition are deliberate and enhance the immersion to the scene and the attachment to the performers, the clumsy 360 rotation shots attempted by the Mandarin rendition took me out of it (gave me motion sickness), and was a distraction. Cinematography is kind of like the quality of the air. When it’s great you barely notice it, but it makes you feel comfortable. But when it’s bad, you sticks itself out and demands your attention.

Last of all, this Namiya Movie chose to end on ambiguity, which could be an artistic decision, so I wouldn’t question it. The Japanese version ended with a clear end of their character arcs which I appreciated more, but it could just be a culture thing, so I’ll leave that as that. But as for the Japanese version, they chose instead to leave instead, the magic of the time portal ambiguous. And the way that they hinted at and worked around the moment of closure of Mr. Namiya at the twilight of his life, with his conversation with his old lover, I felt that scene was done beautifully. I felt that leaving ambiguity around the miracle of the shophouse instead was a better choice for delivering a stronger emotional payoff.

In all the above mentioned aspects, I feel that the Japanese rendition leaves this version in the dust by far, and it fairly disappointed me.

Should you still watch it? In my opinion, if you haven’t watched the Japanese version of The Miracles of the Namiya General Store, Namiya movie will be a good one to start with, as the stories and characters are presented much more clearly. However, you should still definitely watch the Japanese version for a more touching and artistic rendition! 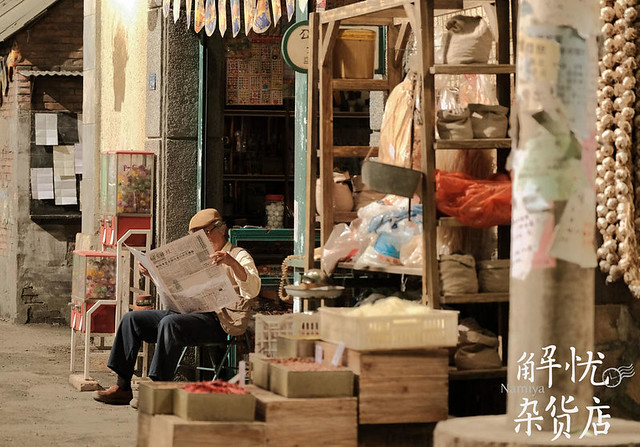 EMP and Wanda Films announced the successful purchase of chinese film and TV rights for the famous Japanese novel in October 2015. The film adaptation took 2 years before it was approved as Mr Keigo Higashino, author of the novel ‘The Miracles of the Namiya General Store” had strict regulations. 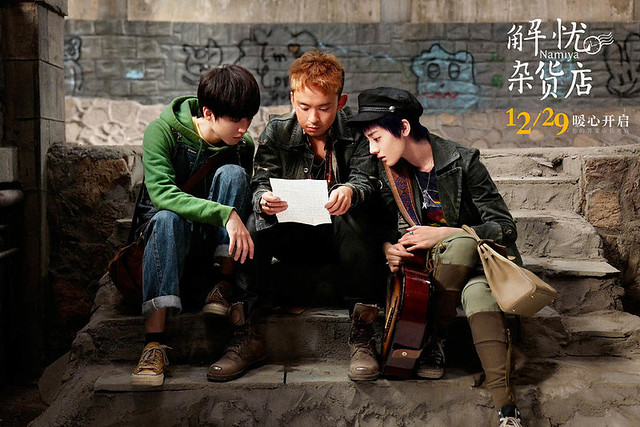 The original story revolved around 3 boys, but the Chinese adaptation changed it to 2 male and 1 female so that there will be more chemistry in the film. The 3 main characters Karry Wang, Dilraba and Dong Zijian were often encouraged by the director to ‘rebel’ and voice out their thoughts so that they can create a different character.