Murder on the Orient Express Movie Review | by The Epiphany Duplet

What starts out as a lavish train ride through Europe quickly unfolds into one of the most stylish, suspenseful and thrilling mysteries ever told. From the 1934 novel by best-selling author Agatha Christie, “Murder on the Orient Express” tells the tale of thirteen strangers stranded on a train, a passenger is murdered, and everyone’s a suspect. World-famous detective Hercule Poirot (Branagh) has to use his intelligence to find the culprit before he or she strikes again.

Tiffany Yong: As the movie is released earlier in other countries, I was bombarded with unnecessary reviews on Facebook before watching it. Most were pretty negative, and that actually lowered my expectations by quite a bit. However, after watching the movie, I thought many critics were rather harsh on the film.
A little disclaimer before you guys continue to read the review, Peps Goh had just undergo PRK Laser Eye surgery a week prior to this review, and we took on the invitation to review the film without knowing that his vision would be much affected. Hence, as his sight was blurred half the time, his review will mainly be focused on the storytelling. 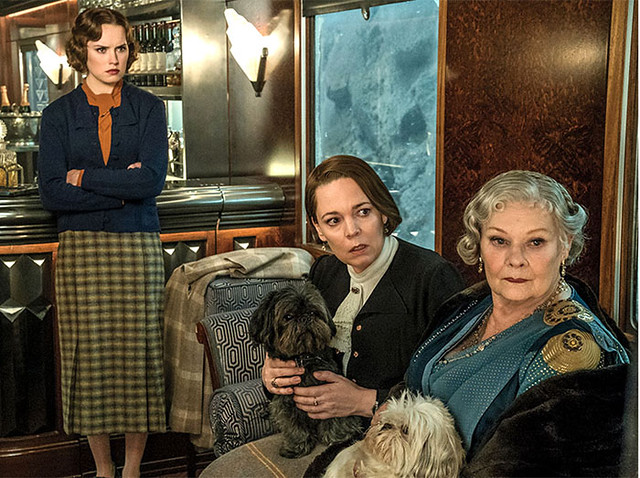 Peps Goh: “Murder on the Orient Express” is a good old fashion detective flick that has surprisingly managed to do everything right. The story arcs follows a man with an iconic moustache and an OCD complex, looking for a well-deserved holiday. The unwilling protagonist gets pulled into the thick of another crime before he gets the chance to.

Kudos to both Agatha Christie and screenwriter Michael Green (who also co-wrote Logan and Alien: Covenant) for the well-written detective-mystery story.

Peps Goh: This film does well on several accounts. The first of which is a memorable cast introduced in economic sequences and all around one of the best introduction sequences of a large cast I’ve seen in the past few months. It did not make the common mistake of hiding essential scenes that the audience needs to connect the early dots, much like how the theatrical Sherlock Holmes (starring Robert Downey Jr) did. But instead brought the breadcrumbs into full view and still managed to deliver a satisfying and surprising end. There were several impressive but under-appreciated long takes (especially the one taken overhead) showcasing not just the actors’ performances, but also the events that were taking place all at one go without trying to hide information with cuts. 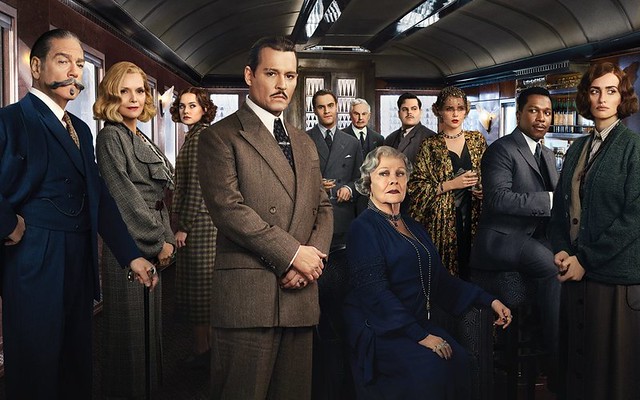 Tiffany Yong: You can’t deny that the film is visually exquisite and gorgeous. The costumes helped, not only to bring out the statues of the different characters, but also the audience into the 1930s era. Depending on how you look at it, I enjoy how each character is memorable yet do not try to steal the scene. Of course, there’s definitely some characters which were more memorable than the other, but with valid reasons.

Peps Goh: In many ways, Orient Express manages to foreshadow strongly and yet as great writers aspire to do, it achieves a satisfyingly surprising yet inevitable end.

And at the end of the story, Hercule Poriot ends the story as still a man with an iconic moustache and OCD complex but with a new world view. That, “there’s right and there’s wrong, and nothing in between might not be the only truth in the world” and he ends the film embarking on another job, no longer desiring the holiday he did before.

Character positions in the opening shot of the scene with all the suspects sitting at a long table in the mouth of the tunnel mimics the exact positions of the figures in DaVinci’s painting “The Last Supper.”

Angelina Jolie was originally attached to the project in the role of Mrs. Hubbard, but dropped out after several months due to her insistence on significant script changes on what was a relatively small part. Charlize Theron was also courted for the role, but in the end, Michelle Pfeiffer was cast. 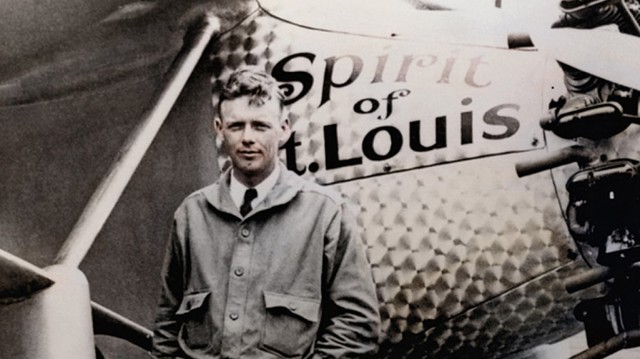 The story was inspired partly by an incident in 1929 when the Orient Express was trapped in a blizzard in Çerkezköy, Turkey, where it was marooned for six days. Two years later Christie was involved in a similar scenario when she was travelling on the Orient Express and the train got stuck for a period of time due to heavy rainfall and flooding, which washed part of the track away. The story was also partly inspired by the Charles A. Lindbergh kidnapping case, in which Lindbergh’s 20-month old son was taken and held for a $50,000 ransom. The ransom was paid, but unfortunately Lindbergh’s son was found already dead. 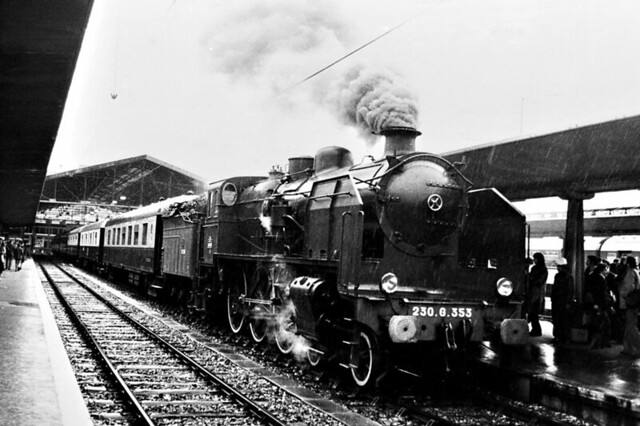 In real life there was one actual murder on The Orient Express. Maria Farcasanu was robbed and murdered by Karl Strasser, who pushed her out of the moving train, one year after Agatha Christie’s book was published. Also, in 1950, Simon Karpe disappeared from the train under suspicious circumstances involving espionage. 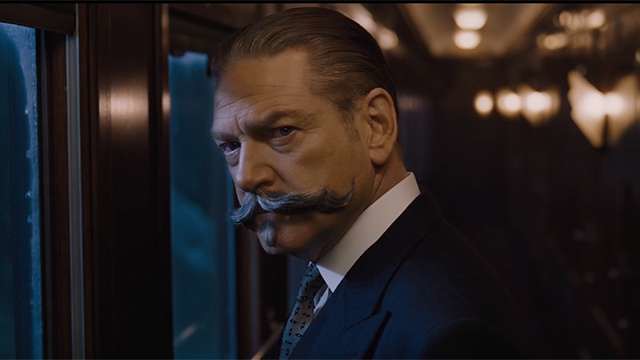 When Poirot is interrogating Daisy Ridley’s character he remarks “It fractures the soul to kill another human being.” Kenneth Branagh played Gilderoy Lockhart in Harry Potter and the Chamber of Secrets. Lord Voldemort, the central antagonist of the Harry Potter series of books/films, keeps himself alive by literally separating pieces of his soul through murder and hiding the fragments in meaningful objects. He also shared that it took six months of work to work out the volume, the shape and how to put on the moustache.

15 thoughts on “Murder on the Orient Express Movie Review”