THE SOUND OF MUSIC 2017 MUSICAL REVIEW

“The hills are alive with the sound of music…” These 9 words basically summed up my knowledge of the famous musical. Yes, pretty much nothing. But, I’m glad to say I know much more, enough to write my review on Gala Night of the Sound of Music 2017 in Singapore. 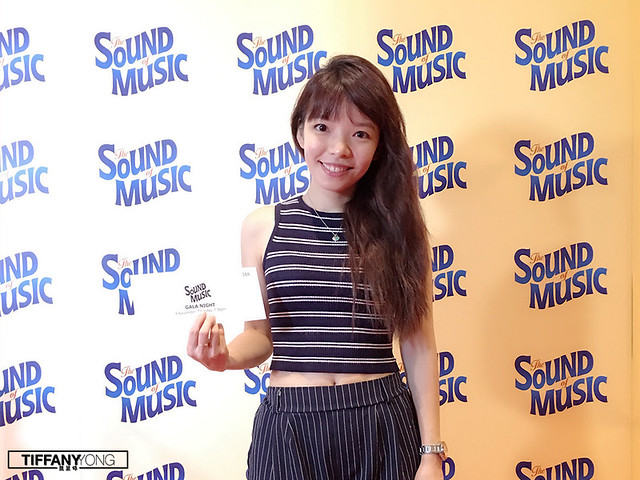 Months before the musical was out, I received a casting call for nuns and soldiers (well, I don’t really qualify for the Von Trapp kids~) for the Sound of Music 2017 Musical in Singapore. A part of me wished that I could try out, but the inability to sing classical nor operatic sound (it’s a requirement) meant that I couldn’t join. So I decided to show my support as part of the audience, and fate has its ways of allowing me to be part of the ensemble – by having me seated next to the 2 groups of Von Trap children-actors!

THE SOUND OF MUSIC SYNOPSIS:

THE SOUND OF MUSIC tells the uplifting true story of Maria (Carmen Pretorius), the fun-loving governess who changes the lives of the widowed Naval Captain Georg Von Trapp (Nicholas Maude) and his seven children by re-introducing them to music. The Captain implemented strict discipline in the household after his wife’s death. Maria’s entrance brought music back to the household. 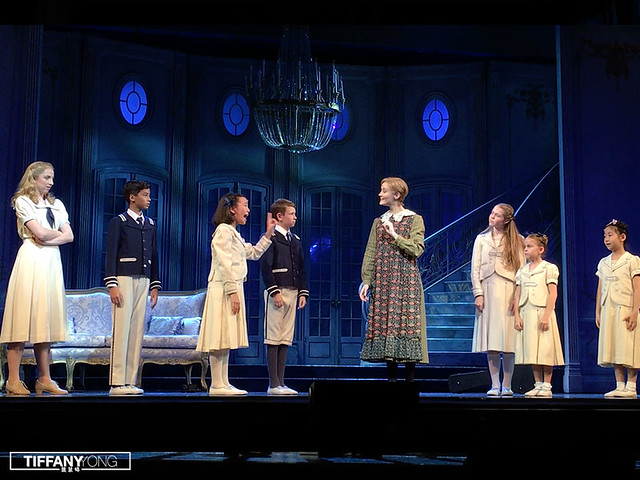 The Captain was about to marry the wealthy Elsa Schraeder (Haylea Heyns). When the Captain and Elsa’s mutual friend Max Detweiler (Jonathan Taylor) heard the children sing, he was impressed and submitted the family of singers into the upcoming Salzburg music festival. With the impending annexation of Austria by the Third Reich, the Captain received an offer to join the Navy in Berlin. The family must make a stand and escape the Nazis before it’s too late.

With its unforgettable score, THE SOUND OF MUSIC touches the hearts of all ages and contains some of the most memorable songs ever performed on the musical theatre stage including My Favourite Things, Do-Re-Mi, Climb Ev’ry Mountain, Edelweiss, The Lonely Goatherd, Sixteen Going on Seventeen, and of course the glorious title song The Sound of Music.

THE SOUND OF MUSIC REVIEW:

I’ve forgotten if I’ve actually watched the 1965 movie, but this is definitely one of the rare times where I don’t feel out of place in a musical. The show was played in Singapore 3 years ago in 2014 and back then, I didn’t think it was necessary to watch this classic musical as there were no direct relevance to my life. But as I pick up music and singing with Peps, I realised the importance of widening my knowledge about the art, and I could safely say, The Sound of Music is the very first musical you should catch. 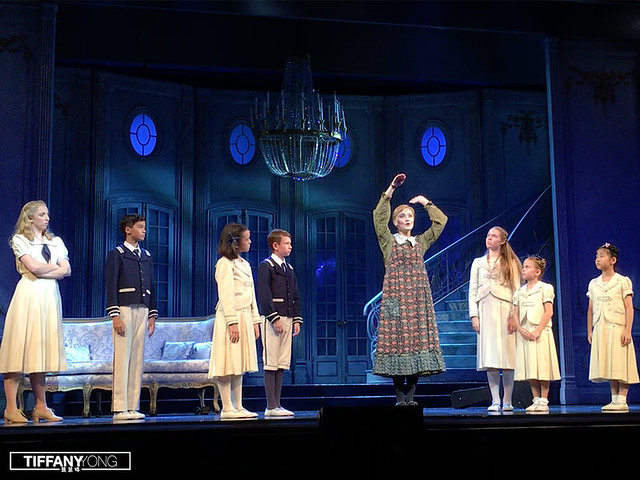 This is a musical staple that has resonated across the decades. I was entertained by the dynamics of the charming von Trapp children, as each managed to display their personalities without over acting. I was surprised that my favourite song wasn’t the well-known “The Sound of Music” but the different rendition of “So Long, Farewell“. From cuteness to solemnity, the cast was able to evoke the correct emotions when sang different.

While some musicals might make you feel dull, this felt much shorter than its running time. There were times when I was shocked by how fast the attitude of the characters changed, specifically the animosity between the eldest daughter Liesl (Zoe Beavan) and Maria. Relationships magick from one to another and you have the Captain and Maria infatuated with one another within a short time. 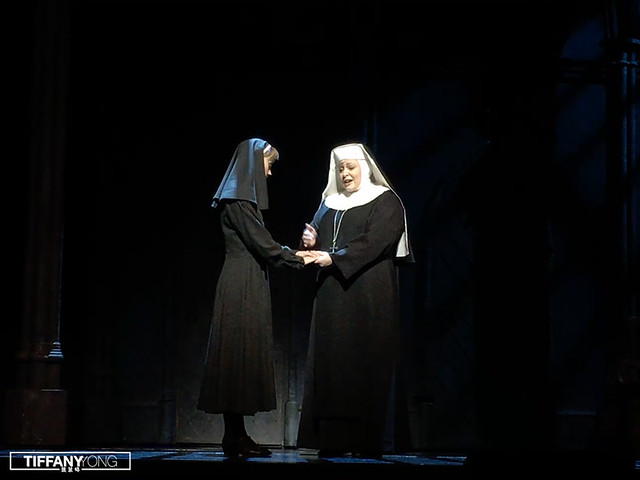 That being said, it’s undeniable that the chemistry between the stiff and rigid Captain von Trapp (Nicholas Maude) and feisty Maria exist. Same for the motherly love between Mother Abbess (Janelle Visagie) and Maria. The latter gave me goosebumps with her bombastic soprano.

Special mentions would be the roles of Max Detweiler (Jonathan Taylor) and Baroness Schareder (Haylea Heyns). The characters weren’t likeable, but the actors’ performances were memorable. The humour provided by Max connected the children with the rest of the ensemble while the personality contrast provided by the distant and cold baroness brought the warmth of Maria. 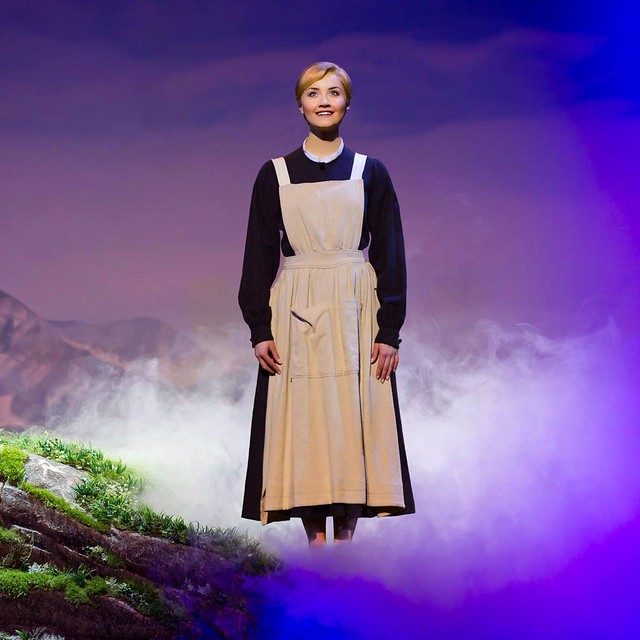 Together with naturalistic lighting design by Mark Henderson and the seamless transformation of the stage (design by Rob Jones), the show brought the audience back to Austria, 1938, to the streets of Nonnberg Alley to the grand Von Trapp mansion.

What made this historic piece of art timeless is the familiar numbers, and for the first time, I left the theater humming several nagging songs in my head. 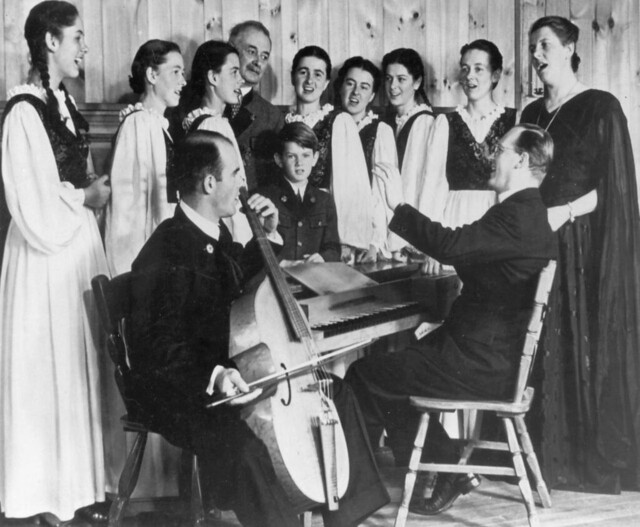 The story of ‘The Sound of Music’ is based on true events. Details of the history of the von Trapp family were altered for the musical. The real Georg von Trapp did live with his family in a villa in Aigen, a suburb of Salzburg. He wrote to the Nonnberg Abbey in 1926 asking for a nun to help tutor his sick daughter, and the Mother Abbess sent Maria. His wife had died in 1922. The real Maria and Georg married at the Nonnberg Abbey in 1927. Lindsay and Crouse altered the story so that Maria was governess to all of the children, whose names and ages were changed, as was Maria’s original surname (the show used “Rainer” instead of “Kutschera”). The von Trapps spent some years in Austria after Maria and the Captain married and was offered a commission in Germany’s navy. Since von Trapp opposed the Nazis by that time, the family left Austria after the Anschluss, going by train to Italy and then traveling on to London and the United States. To make the story more dramatic, Lindsay and Crouse had the family, soon after Maria’s and the Captain’s wedding, escape over the mountains to Switzerland on foot.

The Sound of Music is a fictionalisation of The Trapp Family Singers, the autobiography of the real-life Maria von Trapp. With music by Richard Rodgers, lyrics by Oscar Hammerstein and a libretto by Howard Lindsay and Russel Crouse, the musical debuted in 1959. 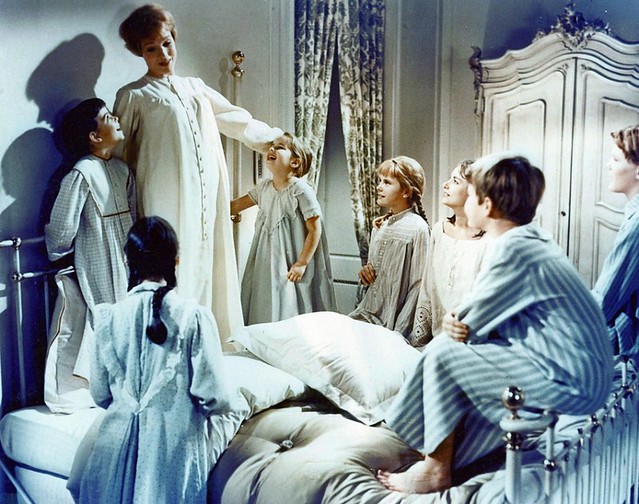 The original 1959 Broadway production of THE SOUND OF MUSIC won five Tony Awards, including Best Musical, and was Rogers and Hammerstein’s biggest success. The 1965 movie starring Julie Andrews as Maria won five Oscars, including Best Picture, and remains one of the most popular movies of all time. Its original score is a result of the genius output of composer Richard Rodgers collaborating with the lyricist and librettist Oscar Hammerstein. 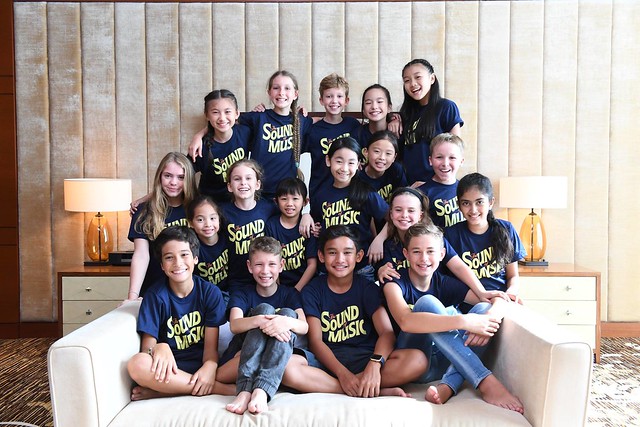 The von Trapp children are played by local young talents. Kids were auditioned before the show and 18 of Singapore’s most able young actors and actresses were selected to play the coveted roles of six of the seven von Trapp children, with three children chosen to alternate each character. The children come from all corners of Singapore and will perform in rotation throughout the season as the small and cute Gretl, the brothers Friedrich and Kurt, as well as their sisters Marta, Brigitta, and Louisa. The eldest child is played by Zoe Beavon.

THE SOUND OF MUSIC CAST & CREW: 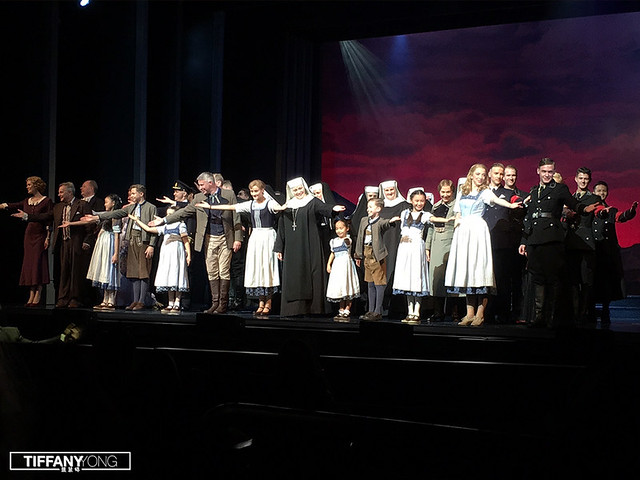 Produced by Andrew Lloyd Webber’s The Really Useful Company and David Ian Productions, “The Sound of Music,” with book by Howard Lindsay and Russel Crousse, orchestrations by Robert Russel Bennett, dance and vocal arrangements by Trude Rittman, and direction by Jeremy Sams

16 thoughts on “The Sound of Music 2017 Musical Review (Singapore)”