Colour of the Game (黑白迷宫) Movie Review | by Peps Goh

Hong Kong has entered its darkest era. Gambler Wallace (Simon Yam) and his protégé Sky (Philip Ng) are ordered by their gang leader, Slaughter, to murder Robert, the son of mob boss Nigel. In order to fulfill the mission, Wallace puts together a team consisting of Sky; space racer Lily (Sabrina Qiu); explosive expert BBQ (Cheung Siu-Fai); boxing champion Tyson (Jordan Chan), and the up-and-coming star of the mob, Superman. As the members begin to suspect there are moles within the team, the trust among them is destroyed. Wallace gradually realises that a huge conspiracy hides behind the mission.

I have quite a number of thoughts regarding this film. Let me start by saying that I really did enjoy the film, a throwback to the 80s and 90s Hong Kong ganster flicks, this is a really fun piece to watch. 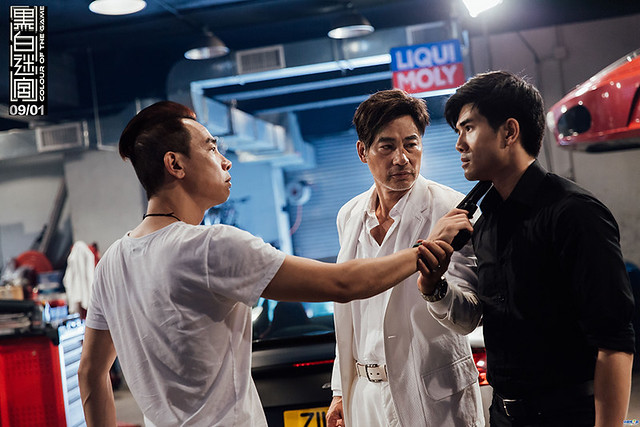 That being said, Colour Of The Game does have some shortcomings. It is largely a film that chooses style over substance. And many people misuse that phrase, masking preference as almost quoting a rule of film-making of sorts. That isn’t what I mean when I use that phrase here. There certainly are films that are all styles, and in doing it unabashedly, those pieces are masterpieces in their own right. But this film tries to juggle it both and falls a little short in the substance end.

There are themes that are being hinted at, themes like the blurring lines between the black and white of law and criminals, of law and morals. And that idea is mixed both in the wardrobe choices and the color-grading towards the end, and even into the title of the film itself.

Another would be the theme of getting lost along the way in life when pursuing one’s purpose and goals and what we thought are right and what is wrong, and all that also presented visually as the maze in the climatic act, and both opening and closing scenes. That of which is also included into the mandarin title of the film.

All that are really cool ideas, ideas that ultimately failed to carry across to the audience in any sort of depth enough to really hit the spot. The concept was great, but the execution was lacking.

Another contributing factor would be that the protagonist wasn’t given enough time to establish character and create a rapport with the viewers. That’s quite a bit of bashing. But all those points aside, there are also equally as many things that I love about this film.

First up, this film is just really fun to watch. It is brazen in it’s attempt to be cool. Completely unapologetic and audaciously cool. From their charismatic and suave characters, to their pacing and editing, to their plot and the fashion. They really brought back “90s cool” all refurbished and revamped.

And that’s another thing that I love about the film. It feels like the bringing back of the old guards of Hong Kong police and triad cinema, and a passing of a baton to the new blood. All in a tangy upbeat and suave, wham bam thank you ma’am fashion. 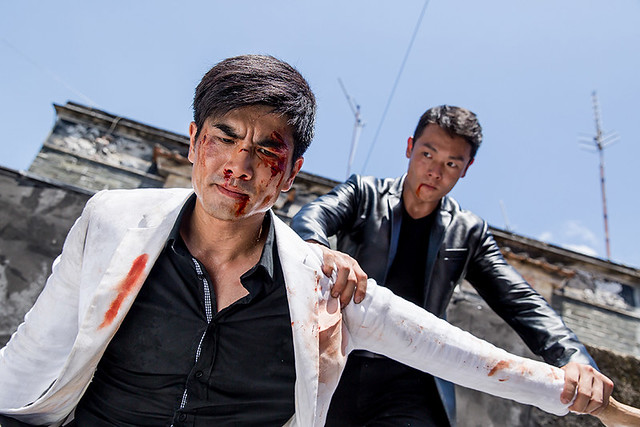 He is a charismatic man on screen and an excellent performer. And now taking on the helm of Action Choreographer as well, I must say that I really did enjoy his work on that final fight. It’s flavour and hard-hitting choreography delivered the pain all the way from screen to the back of the theatre wall. Man was that real enjoyable to watch. I’m buzzing with excitement in my couch now, just anticipating his future work to come. 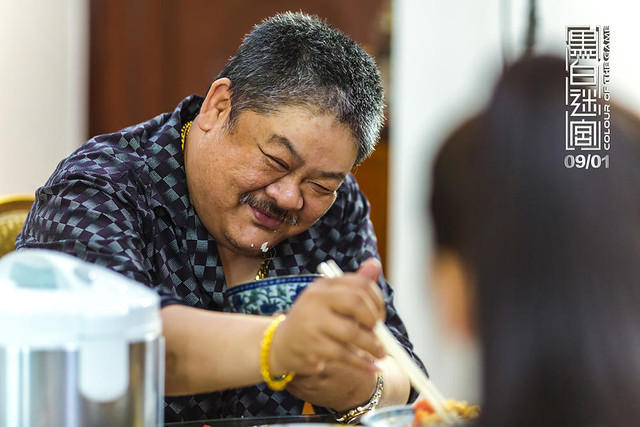 Lam Suet, a familiar face in most Hong Kong flicks, has a small but memorable role as the messenger in this film. Tiffany loves the confrontation scene between him and the rest of the gang. It was so well-paced that the audience could feel the both pressure and comedy, a mixture of emotions where we didn’t know whether to pity him or not. It’s one of the rare moments where tension was brilliantly brought out without the use of any violence.

All in all, despite all it’s flaws, Colour Of The Game really does have it’s charms and merits. Applause all around for the people whom had worked on it, that I don’t doubt, definitely had a hell lot of fun working on this project, at least as much as I had fun watching it. 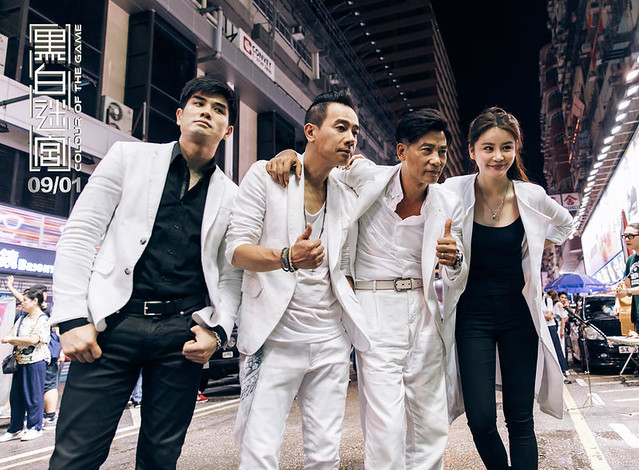 “Colour of the Game” is iQIYI and Wong Jing’s second collaboration film. The first was iGirl (我的极品女神) . At the same time, this is the third film of his “Colour” trilogy, with “Colour of the Truth” (黑白森林) and “Colour of the Loyalty” (黑白战场) being the first and second film.

9 thoughts on “Colour of the Game (黑白迷宫) Movie Review”