During the Song Dynasty, a Mongolian soccer team made up of freaks with superpowers kill soldiers from the opposing country under the guise of a match. The defeated are forced to give up their land. One day, the Mongolians publicly challenge the Song to a match. The Song Emperor loves his citizens greatly, and is left with no choice but to accept the challenge. A nationwide competition is held to scout for the best players. Princess Chang Ping, determinedly patriotic, leaves the palace to form a soccer team comprising of the eight greatest martial arts sects…

Tiffany Yong: Both Peps and I thought we’ve seen the worst when we caught Zombiology: Enjoy Yourself Tonight. Apparently we were wrong. (cries) While we didn’t have high expectations, the film does feature some of the actors/host that we follow, however it was so disappointing that we struggled to find nice things to say about the film. 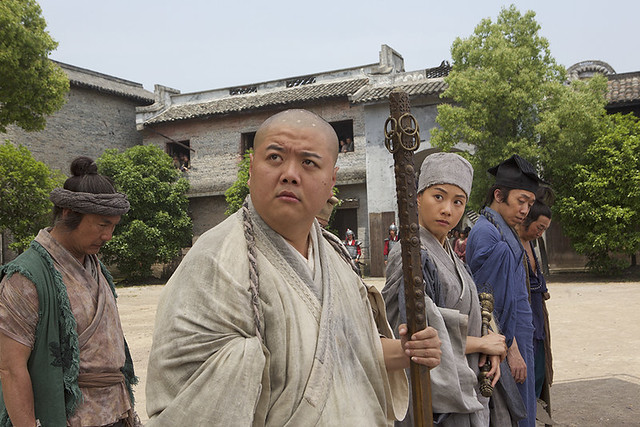 Tiffany Yong: So I guess, I will start with the only nice thing I can find: the film didn’t try to be anything else, but a comedy. Or should I say, I think the actors most probably had fun filming this movie because it’s nothing but a joke. It’s the kind of mouth-twitching comedy that you don’t know whether you should give some face by laughing or do face-palms throughout the film. There were some moments where we could see a weak attempt to do a Stephen-Chow, they even got actors from Shaolin Soccer to be in the movie but it was so badly done that it looked worse than a Youtube parody.

Peps Goh: Although the concept and premise had much potential to be so much more, pitting the 8 Immortals; a pantheon that pretty much anyone would recognise, against the western ‘gods’ that are the bastardised version of the Marvel heroes (that they blatantly ripped off with no shame whatsoever; with some of the worst Art Department work I have seen in a long time). 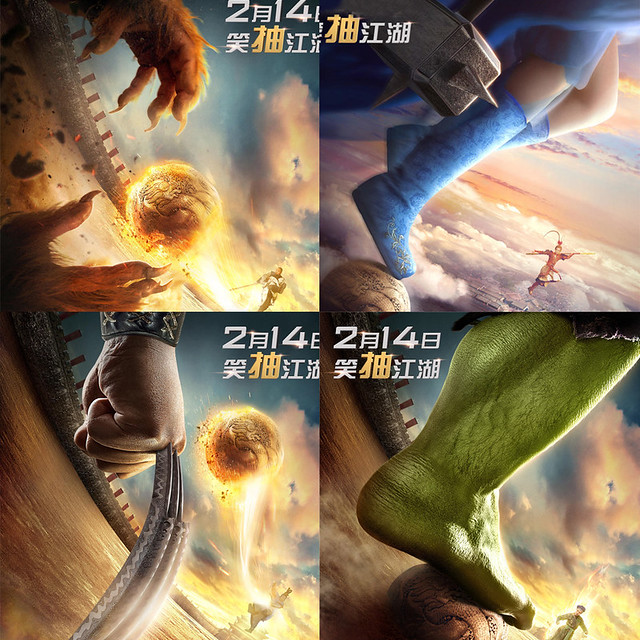 Peps Goh: This set up is some exciting stuff isn’t it?! Even in the context of a comedy, it had the potential to wreath a showdown of the year.

I’m not sure how did they actually get away with the copyright infringement by copying Marvel’s superheroes from X-Men and Avengers, I guess having almost zero images on Google search and no feature on the trailer helps.

Probably to avoid more royalty disputes I presume, but despite the risk they took, instead of creating something great with it, the production decided to take a giant shit on the entire project.

Tiffany Yong: It was nostalgic to see both Gillian Chung and Charlene Choi from Twins back on screen together (A cameo in 77 Heartbreaks doesn’t really count), so it was really a pity that the movie ended up so bad that I couldn’t try to fit it into the annual Chinese New Year movie genre (movies where big shots gather to do random cameos and have fun).

Especially with the finale climatic scene, they really went all out with screwing the project in the butt (oh lord that back up singer animation, I’ve seen worse work from 1997), the end result looked like a class of first year animation graduates decided to bring to life and experiment with whatever they came up with in the middle of a drinking game. And utilised their half-learnt 3D skills, they gave birth to this mutant deformed child of a garbage film.

It shouldn’t be called Soccer Killer. More like Braincell Killer. 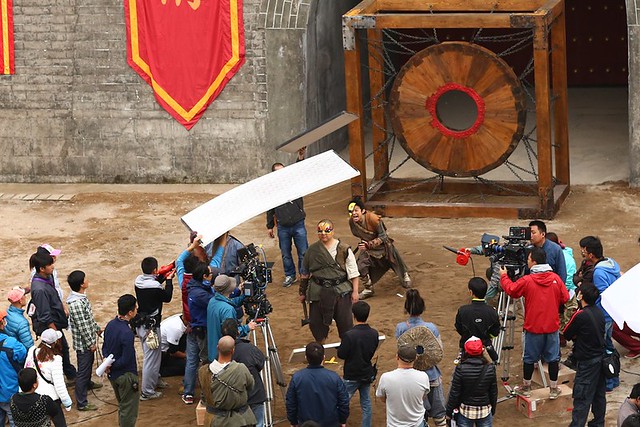 The movie was filmed and completed in May 2014 and was only released recently in 2017.