In this next chapter following the 2014 hit, legendary hitman John Wick (Keanu Reeves) is forced back out of retirement by a former associate plotting to seize control of a shadowy international assassins’ guild. Bound by a blood oath to help him, John travels to Rome, where he squares off against some of the world’s deadliest killers.

Something you should probably consider before watching John Wick: Chapter 2 – Watch the first John Wick film (2014). I did, I’m glad I did. A friend did not, and she ended up with tons of questions throughout the film. John Wick: Chapter 2 is like the western + upgraded version of Ip Man (yes, he can fight more than 10 at one go) +  Jason Bourne sans the earthquake camera + Kingsman: The Secret Service. You can throw in Matrix too if you consider the reunion between Laurence Fishburne (as camp crime lord The Bowery King) and Keanu Reeves and Batman too if you think he speaks like Bruce Wayne. So if you like any of the above films, you should definitely catch this movie. 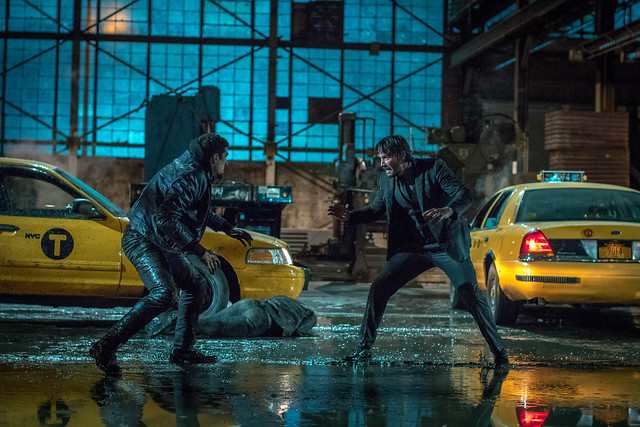 There’s tons of reviews out there for your reference, and here, I will touch on 5 topics: Action, Cinematography, Location, Characters and Story. If you’ve been seeing the trending feeds on Facebook, you will know that Keanu Reeves had trained 2 years for this film. The action was impossibly sick and slick.

Quoting my action choreographer BF, “It’s every stunt artistes’ wet dream to be able to film such action movie” No shaky cams to hide actors’ flaws, no quick close-up intercuts or crazy wireworks to interchange from stunt doubles to main actors. And most importantly (at least for me), the shots were brutal and painful without being gore-y, pretty much like a video-game.

The momentum of the action sequence was dazzling. The tight choreography was tense and unpredictable, and yet, the moves (like Donnie Yen’s Ip Man) were stamped with John Wick’s signature gun-ful style: jujutsu, Brazilian jiu-jitsu, standing judo and three-gun tactical shooting.

You might get too caught up with the jaw-dropping action to even notice the cinematography and locations. But I guess that’s what made it impressive. It did not try to impress. Without distracting the audience away from the plot, the cinematographer (Dan Laustsen ) turned the scene into a visual presentation of some sort. The characters were either mysteriously half-swathed in shadows or colourfully lit up in neon colours , somehow reminding people of video games. I couldn’t really decide on whether I prefer the mirror-illusion chase more, the grand yet elegant assassination at Caracalla Baths or the massive street fight when random bystanders tried to kill John Wick. 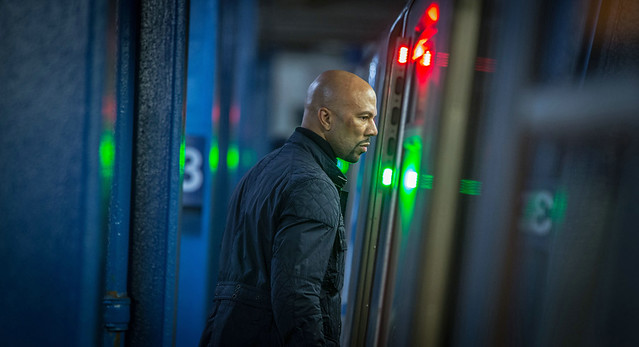 Common’s role as Cassian, the bodyguard of Gianna D’Antonio (Claudia Gerini) won my respect a little more than John Wick. His action sequence and gunfight with Wick felt almost like a dance. While I thought the fight within the crowded train cabin failed to give the same intensity as that of Steve Rogers’ fight in the elevator (Captain America: Winter Soldier), their roll-down the stairs scuffle made up for it.

Ruby Rose’s character, on the other hand, was a tad disappointing. As a stylish deaf-mute personal bodyguard to Santino D’Antonio (Riccardo Scamarcio), the film spent quite some time to build up the audience’s anticipation to the finale showdown with her. But the performance of Common out-shined Ruby Rose’s, and made the ending less exciting than the front.

While the first film’s action was motivated by the grief from the death of John Wick’s wife, coupled with the death of his dog and the stolen 1969 Boss 429 Mustang, it was less personal in Chapter 2. There were several moments when I couldn’t help but exclaimed at the actions of John Wick – refusing to honour a blood oath he’d made himself, which trigger the subsequent repercussion (Ya gotta watch it to know it). His mission felt relatively unjust, regardless of how unwilling he was. Besides the amazing interaction between John Wick and Gianna D’Antonio which didn’t felt like a game, the rest of the plot somehow felt like weak one-liner reasons to get the player to continue the game.

Nitpicking aside, this adrenaline-pumping blockbuster created a mythological-inspired underworld which makes the audience want to learn more as the film dives deeper into the criminal world bound by rules, golden coins and blood markers. Watch this superhuman shoot and kill his way out, even if all he had was a pencil~ 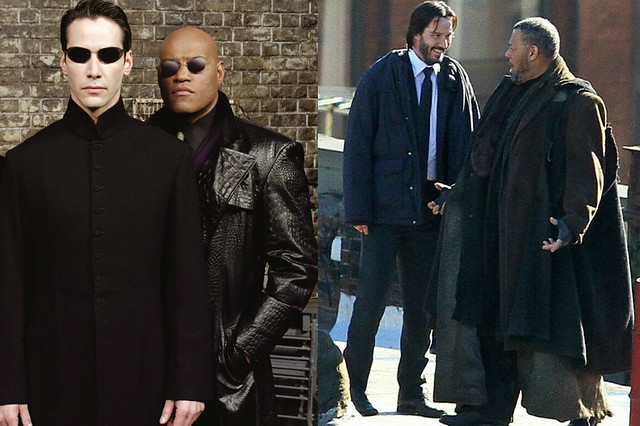 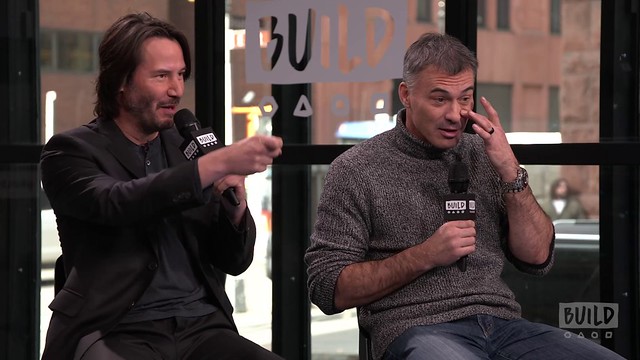 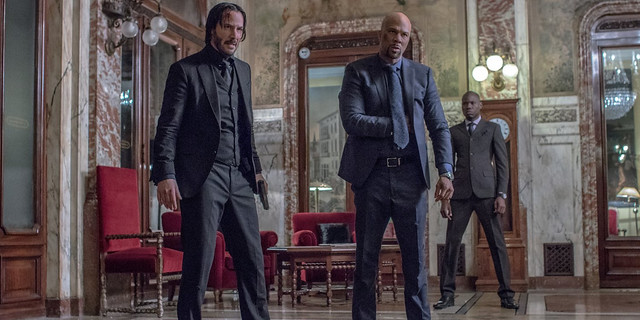 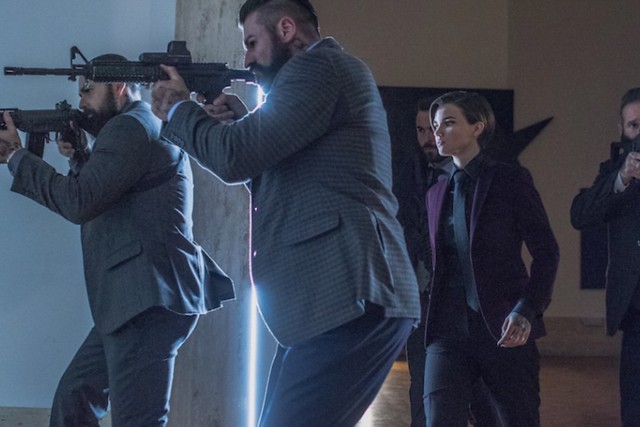 Ruby Rose’s character Ares is never actually referred to by name in the film. Her name is only revealed in the credits to be Ares, though it also appears next to a photograph of her earlier in the film, in the Bowery’s headquarters. 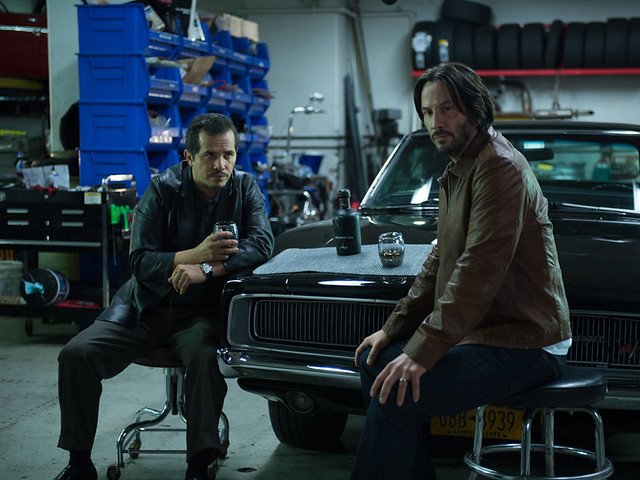 During the scene where John Leguizamo’s character Aurelio breaks down the problems with John’s car, he actually got some of his lines from the special effects crew members that helped destroy the car, seeing that Leguizamo was not present for those scenes and needed to give some specifics 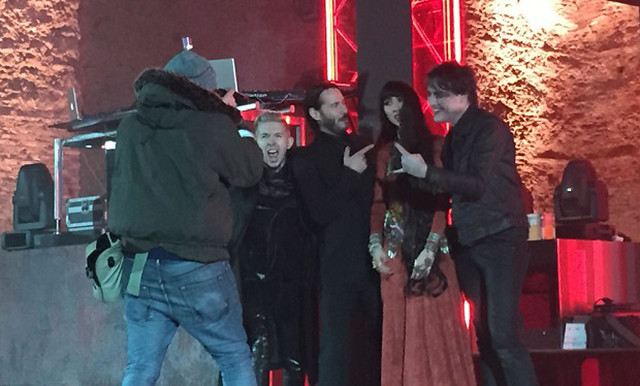 Cassandra from Nostalghia band, the opera singer in the film was also the girl who did the vocals in the first movie for a lot of the soundtrack and score. The guitarist is Tyler Bates, composer of the film and he did all the sound effects for Guardians of the Galaxy, 300, and John Wick. The director flew them to Rome and put them on stage for the concert.

One of the significant fight scene took place in Caracalla Baths, which is one of the oldest ruins in Rome. The whole sequence, including the ones in the sewers (catacombs) were filmed in the same place, instead of filming in different locations to join up one sequence. 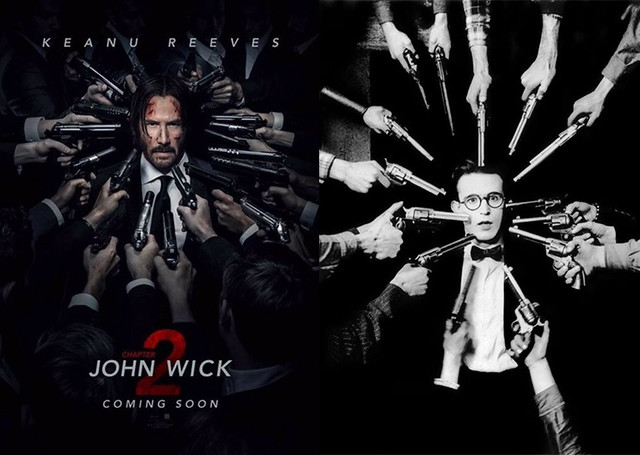 The movie had several scenes as nods to silent cinema. Besides having a Buster Keaton movie being projected on the external wall of a building, the hall of mirrors fight was inspired by Charlie Chaplin’s “The Circus” in 1928, and the poster (above) from Harold Lloyd’s publicity shot.

Read more about John Wick: Chapter 2 Interview with the Director from slashfilm here.