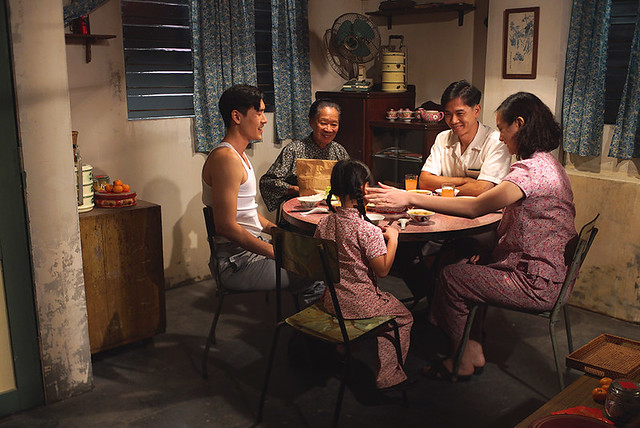 Set in 1960s Singapore, the film is about Cheng (Qi Yuwu), a police inspector who struggles to do what is right after his daughter is abducted, and is set amid rising racial tensions in the months leading up to Singapore’s separation from Malaysia. ‘1965’ is a riveting dramatic thriller that uses a piece of Singapore history like never before. Telling engaging and touching stories of immigrants and natives; how a group of people, divided by race, language and religion, saw their lives profoundly transformed by a defining moment in history. Their paths will cross and clash in the race riots in the months leading to the separation between Singapore and Malaysia, to the independence of a nation.

This is a Daniel Yun film, directed by Randy Ang and co-directed by Daniel Yun. Despite the online criticism, I felt that 1965 being Randy Ang’s second film (the first was action film Re:solve), is already a huge improvement from the first. But yet again, 1965 movie is a film about a historical moment, it touches on a topic which is sensitive to Singapore, a character (our founding father) who had just passed on this year, something that even the government did not dare to touch on, many people will be much more critical about the film as compared to a fictional story. So let’s get on to the hits and misses. 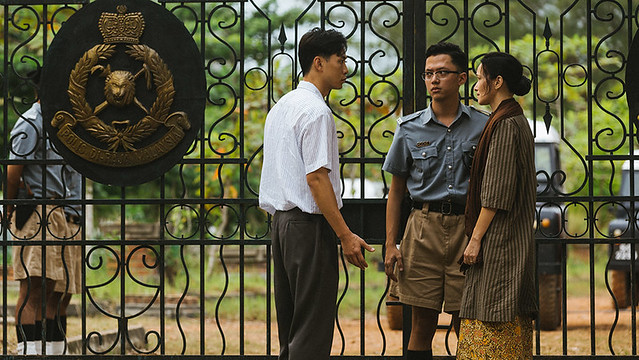 I felt that 1965 have several great main characters: Cheng (Qi Yuwu), Seng (James Seah), Adi (Sezairi) Adi’s mum and Khatijah (Deanna Yusoff). Each of them had distinctive personality which makes them memorable. Deanna Yusoff’s role as a mother who lost a young son in a riot was unanimously said to be the best. Her pain, her need to let someone know about her pain, make the audience feel for her, even though it was that pain and words which sparked off the riots. Some might say that the impact of Adi (Sezairi) was minimal. But I like the “newbie enthusiast energy” he gave in the film, playing a young boy out in the field (work) for the first time, wanting to prove himself at work, yet not able to speak out because of his personality. 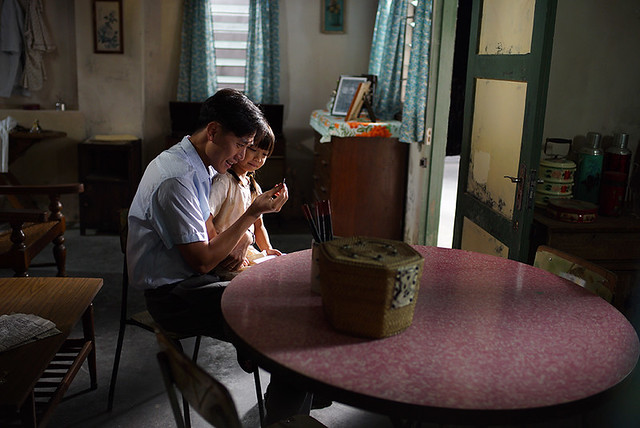 I like Qi Yuwu’s fatherly interaction with Xiao Yun (Sun Yi En). Playing 4 different roles in 1965, Qi Yuwu is a dad, an elder brother, a son and an inspector leading his team of police officers. His behaviour towards each role reminded me of myself, a firstborn syndrome, with the sense of responsibility everywhere, yet when he’s with his daughter, the love is overwhelmingly real and tender. 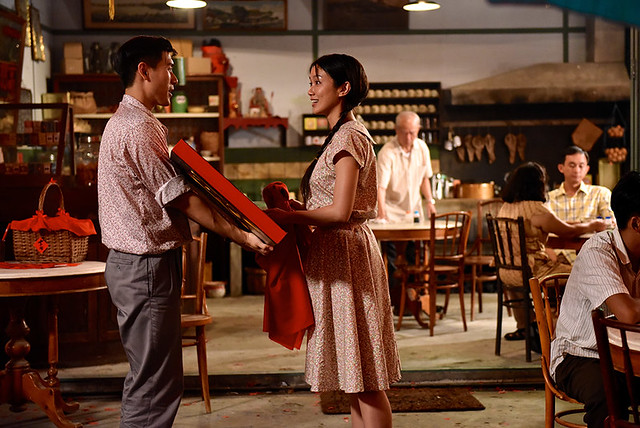 James Seah’s performance as Seng, the impulsive (and irresponsible) younger brother was nicely done. He reminded me of the ardent chinese students in the chinese communist films, easily influenced by peers and obssessed about what they thought was right. However, his match with Joanne Peh’s china girl Zhou Jun was a tad off. Don’t be mistaken, Joanne Peh did a good job portraying her character. But the chemistry doesn’t seem right, at least for me. 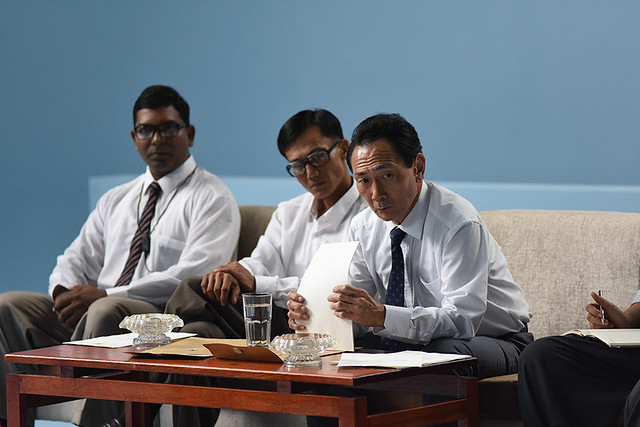 Lim Kay Tong’s portrayal as Mr Lee Kuan Yew, was perhaps the highlight of the show. While there is resemblance, the (overly-long) pauses and the editing was a let-down. It was supposed to be a climatic moment, the classic and important moment when Mr Lee announced the separation, the first time he cried. It felt like a emulation and impersonation. That was a disappointing miss for me. 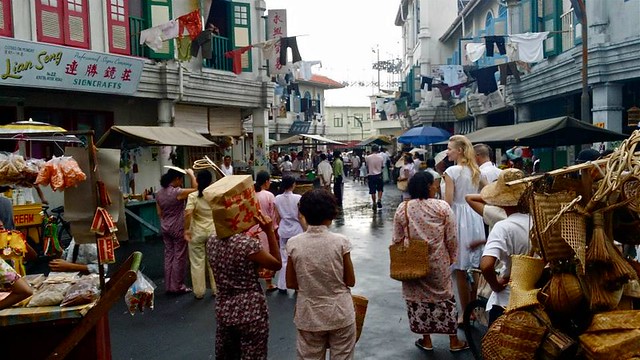 There were a few other misses, mainly on the editing of the riot scenes. The first man who was stabbed on the rickshaw, the riot where Khatijah’s son was killed (editing made it seem like Seng had killed him), the stabbing scene later on before the fire. Those are the little loopholes which could have made the film better if tweaked slightly. Misses aside (I’m being pretty critical here), I had to give it to the production team which made this film possible. The amount of research put in, tiny details you can compare with the original clips where Mr Lee Kuan Yew patrolled back then, it was admirable, probably the one film which can educate our current young generation who had never experience the transition and the growth of Singapore without boring them (like that of a documentary!). 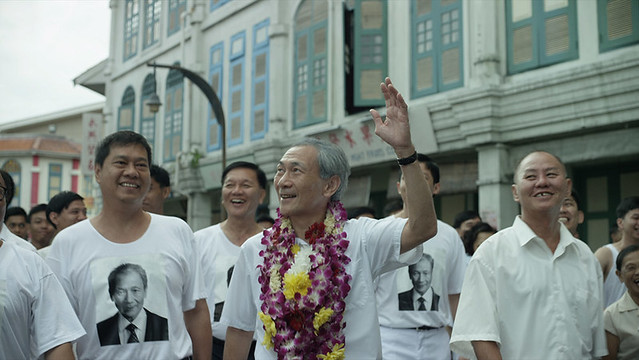 The SG50 celebration film was not planned for SG50. The $2.8-million movie took 5 years to put together, and the idea was first brought up at the airport in Hong Kong. It started off as a biopic of Lee Kuan Yew, but then expanded to become a mainstream film where it was about the “common man on the streets in the 1960s”. 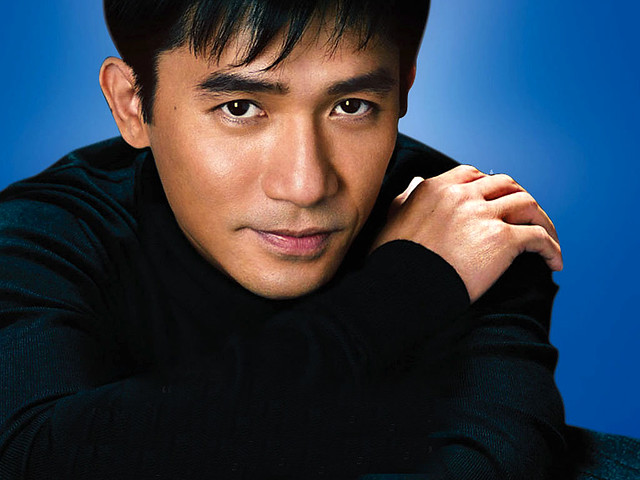 Tony Leung was never contacted to play LKY in the movie. It was just an idea that was never put into action. 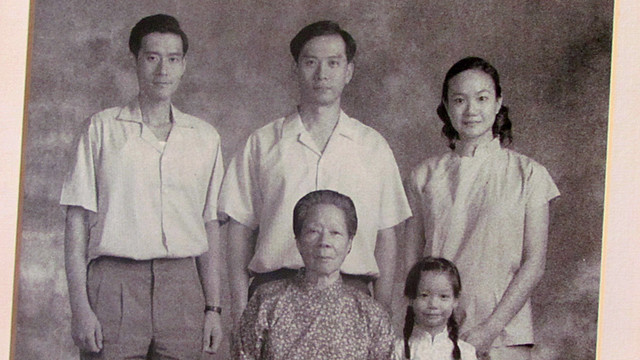 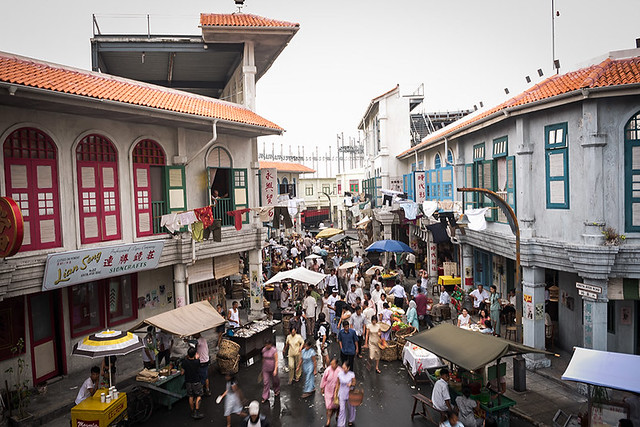 The filming was done in Batam, Kinema film studio. Huge amount of research was done prior to building the set. The amount of visual materials requested from the production to the National Archives were equivalent to a 2 year university study. Some of the cast had even contributed their own photos for authenticity. 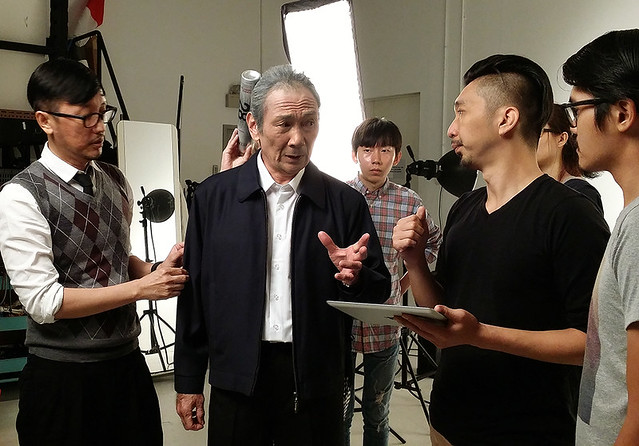 The production team had to make sure that the everything was authentic. Language coach were hired, old posters were used. When interviewed, Randy Ang said, “When we shot the scene where Lee Kuan Yew made a speech announcing Singapore’s separation from Malaysia, we couldn’t find the same television camera they used at the time so we made a replica from scratch. You know, we even hired look-alikes to play the people sitting next to him when he made the speech!” 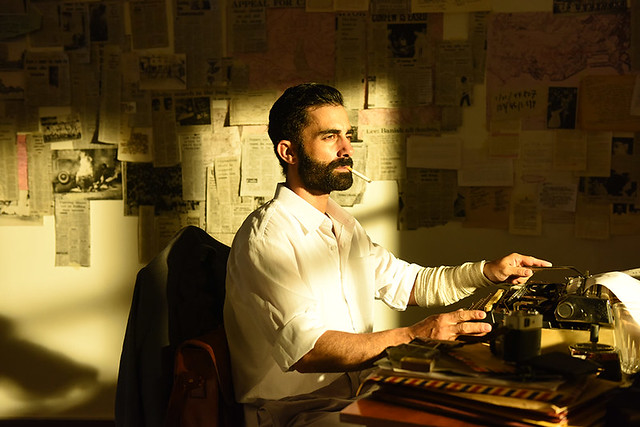 Qi Yuwu and James Seah got their hair cut at roadside barbers to keep it realistic. Mike Kasem grew a beard that took 2 months to grow because he plays a Pakistani (NOT INDIAN) journalist. 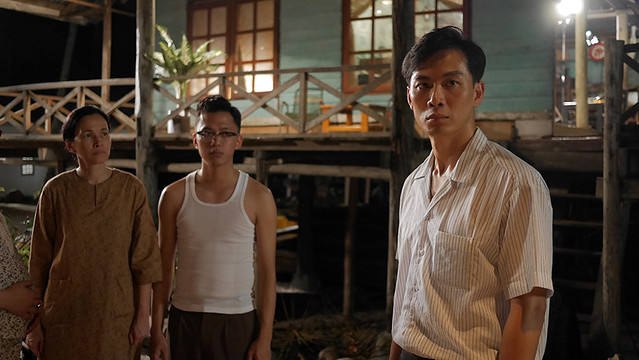 The film is made of up a mixture of English and Mandarin, Cantonese, Hainanese, Hokkien, Teochew, Malay and Indian dialects. In order for the film to be released in Singapore, the amount of dialect cannot exceed 40%. The production maxed out the level, and want to make it more realistic. 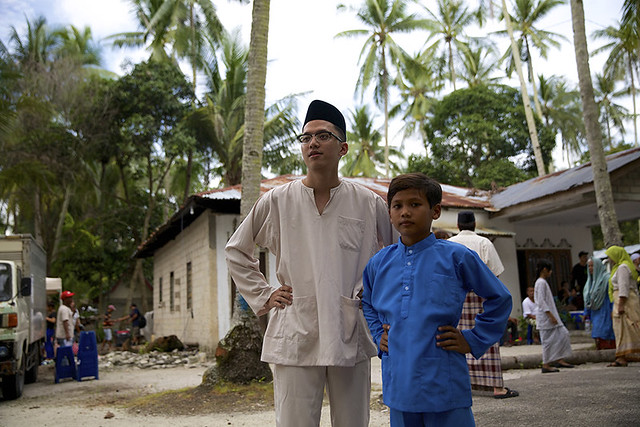 As the racial riots were essentially only between the Chinese and the Malays, the director (Daniel Yun) did not want to put in the other races to please the crowd. “…the entire film is not about the Indians or the Eurasians, it’s really about the Malays and the Chinese. So I would say the way to address this race thing — it’s the premise of the film to tell very personal stories so people can relate.” 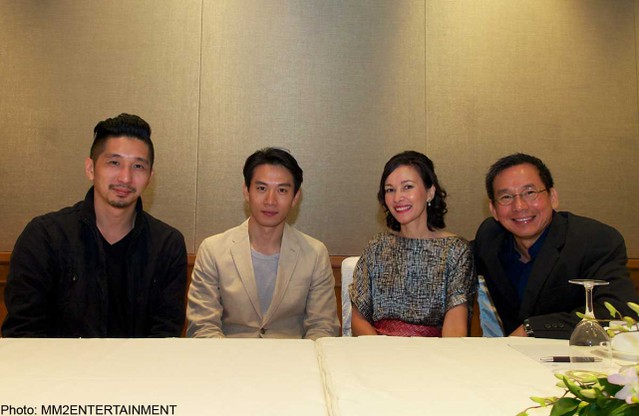 Daniel Yun (right) fought with co-director Randy Ang (left) during the production many times due to the clash of ideas.
Source from mustsharenews.com